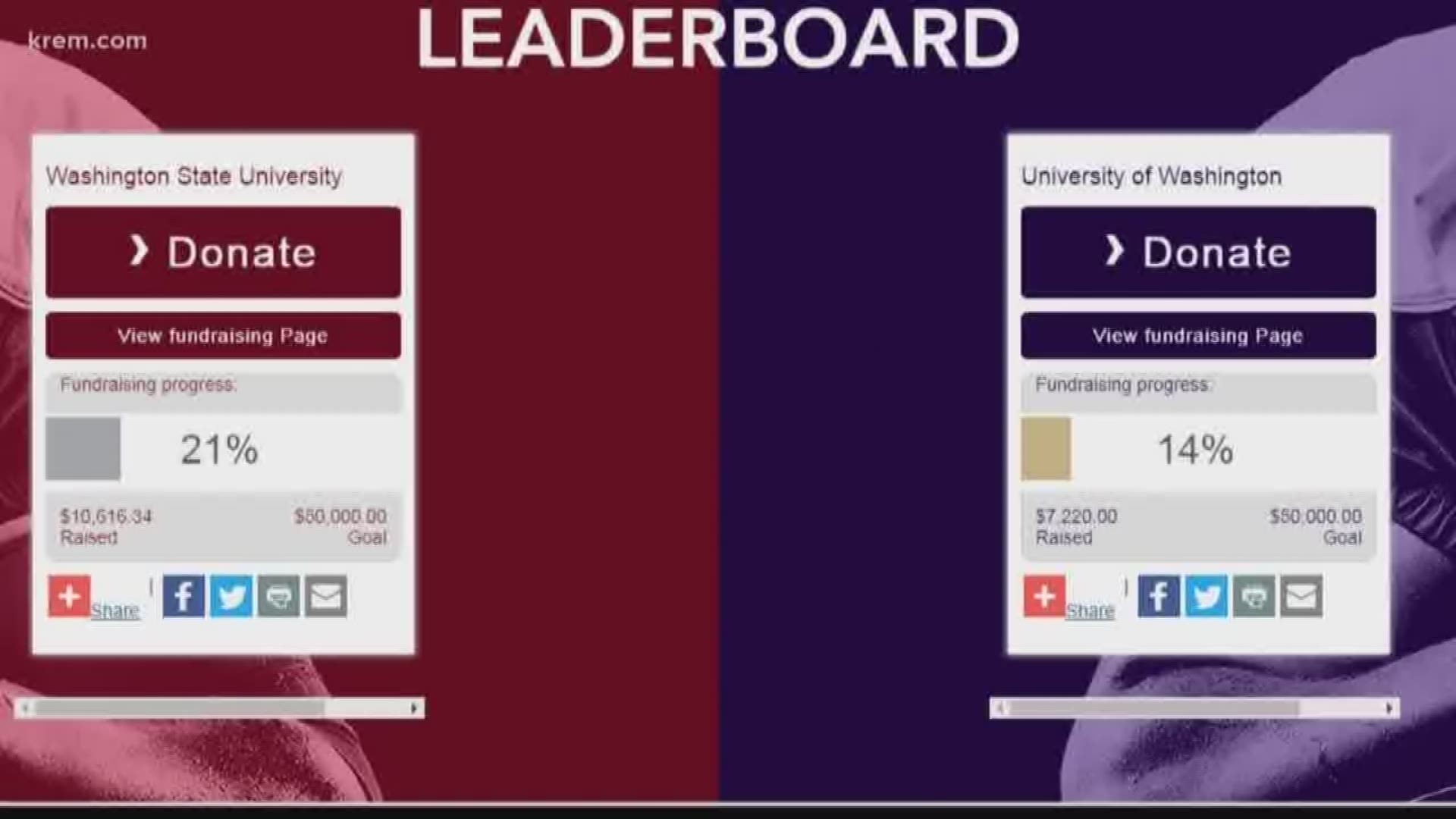 The challenge was a fundraising battle between fans of the two schools, who could donate toward WSU and New Orleans Saints legend Steve Gleason's Team Gleason foundation. The foundation helps fund ALS research and assists those living with ALS.

Fans could donate in their school's name for the contest, which ended at halftime of the Apple Cup in Seattle. At halftime. WSU fans had raised $10,616.34 compared to UW fans $7,220.00.

Gleason played linebacker at WSU and safety for eight seasons in the NFL for the New Orleans Saints.  His most famous play was a punt block in the Saints first home game after Hurricane Katrina in 2006. He represented the Cougs in the challenge.

Phil Green represented the Huskies. Green played in two Rose Bowls with the Huskies and was a part of the 1991 National Championship team.

Gleason was diagnosed with ALS in 2011, but continues to live his life by Team Gleason's motto of "No White Flags."