Brenna Greene breaks down what this means for WSU's wide receivers and why transferring right now could be a tall task. 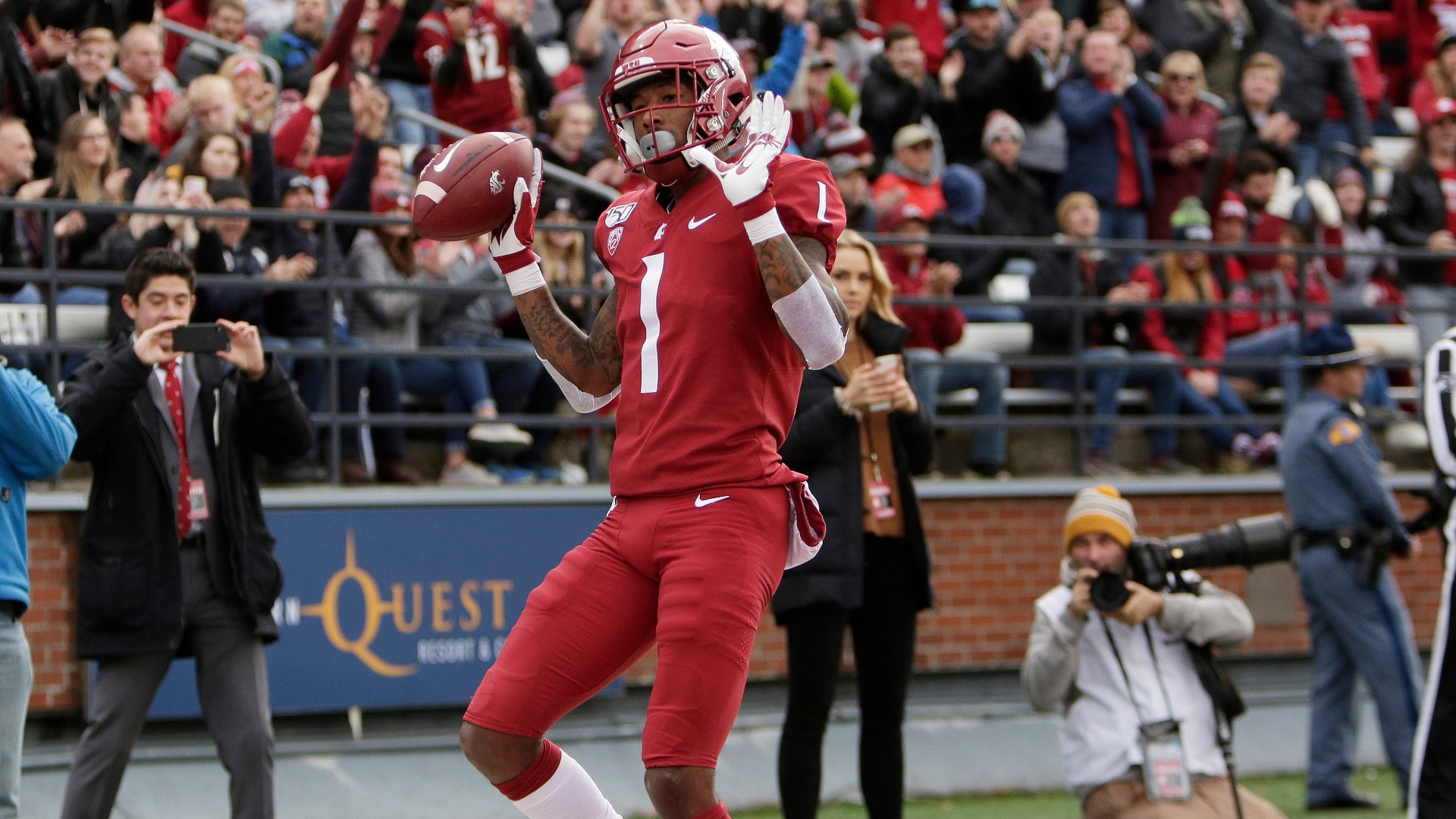 PULLMAN, Wash. — KREM 2 has confirmed that WSU wide receiver Tay Martin is pursuing opportunities outside of Pullman. The senior entered the transfer portal on Monday morning, according to a source. The news was first reported by NCAA Transfer Portal's Twitter account.

Martin was WSU's sixth-leading wide receiver last year with 564 yards and 43 receptions. WSU's top three wide receivers all graduated. The next two wide receivers were Max Borghi (597 yards) and Renard Bell (579 yards). Martin's campaign in 2018 was even more prolific, as he totaled 685 yards with 69 receptions. He was tied for fifth in the Pac-12 that year with eight touchdown catches.

Martin was slated to play a big role in WSU's offense this year, especially with the team losing their top three wide receivers to graduation.

On Sunday night at 9:15 PM, Martin tweeted a highlight reel with the caption of "To be continued...".

So what does this mean for the remaining Cougar wide receivers?

It’s hard to say definitively since Nick Rolovich operates a different, but similar offense to Mike Leach’s Air Raid. However, if Mike Leach was still around this would mean big things for Calvin Jackson Jr. Both Jackson Jr. and Tay played the X receiver position in Leach’s offense. The Last Chance U product only played in four games last season due to injury, but because of that he was able to redshirt and maintain his eligibility for this year. Jackson Jr. could see a significant increase in playing time if Martin decides to leave.

It also means that Renard Bell and Travell Harris will need to step up more as they are definitely the two leading wide receivers now returning from last year’s team, whenever that return happens.

Jamire Calvin is also a notable name. He hasn’t played in a game since the 2018 Alamo Bowl. Some time during spring ball in 2019 he suffered a lower leg injury, and it lingered through the entire season last year. He had nearly 500 yards in 2018, but because he didn’t play last year he’s kind of been forgotten about by some fans.

There are a lot of factors in Tay Martin’s transfer that may just end with him back in Pullman. These factors could probably impact any college football player transferring right now.

The vast majority of the time someone puts their name into the transfer portal, they end up leaving the program they’re intending to transfer from. I don’t want to get people’s hopes up here. Last year at WSU basketball player Marvin Cannon put his name into the transfer portal but ended up playing for the Cougs. Like I said, that is the exception to the rule, but as we’ve learned this year 2020 is the exception to the rule.

As of right now, there are 76 FBS teams slated to play this fall. It’s not like there’s an abundance of scholarships floating around currently. It’s a pretty competitive market to transfer to one of the teams playing.

Martin is also going to have to redshirt this year unless there’s a rule passed by the NCAA allowing him to transfer and immediately play. If that rule isn’t passed, that makes his situation even more difficult. Coaches will look to give out scholarships to grad transfers before guys that will have to sit out this year.

Also, probably half of those 76 teams that are playing are teams that Tay wouldn’t consider transferring to, and probably another half of the potential teams he would transfer to either won’t consider Tay or don’t have scholarships available. What I’m saying is this: the senior’s pool could be pretty small.

Martin does have a one year old daughter in Louisiana, so this move may be motivated by that as well. I doubt he is unhappy at WSU, because he probably would’ve decided to transfer earlier if that was the case.