Rolovich says he remains undecided about naming the starter publicly. 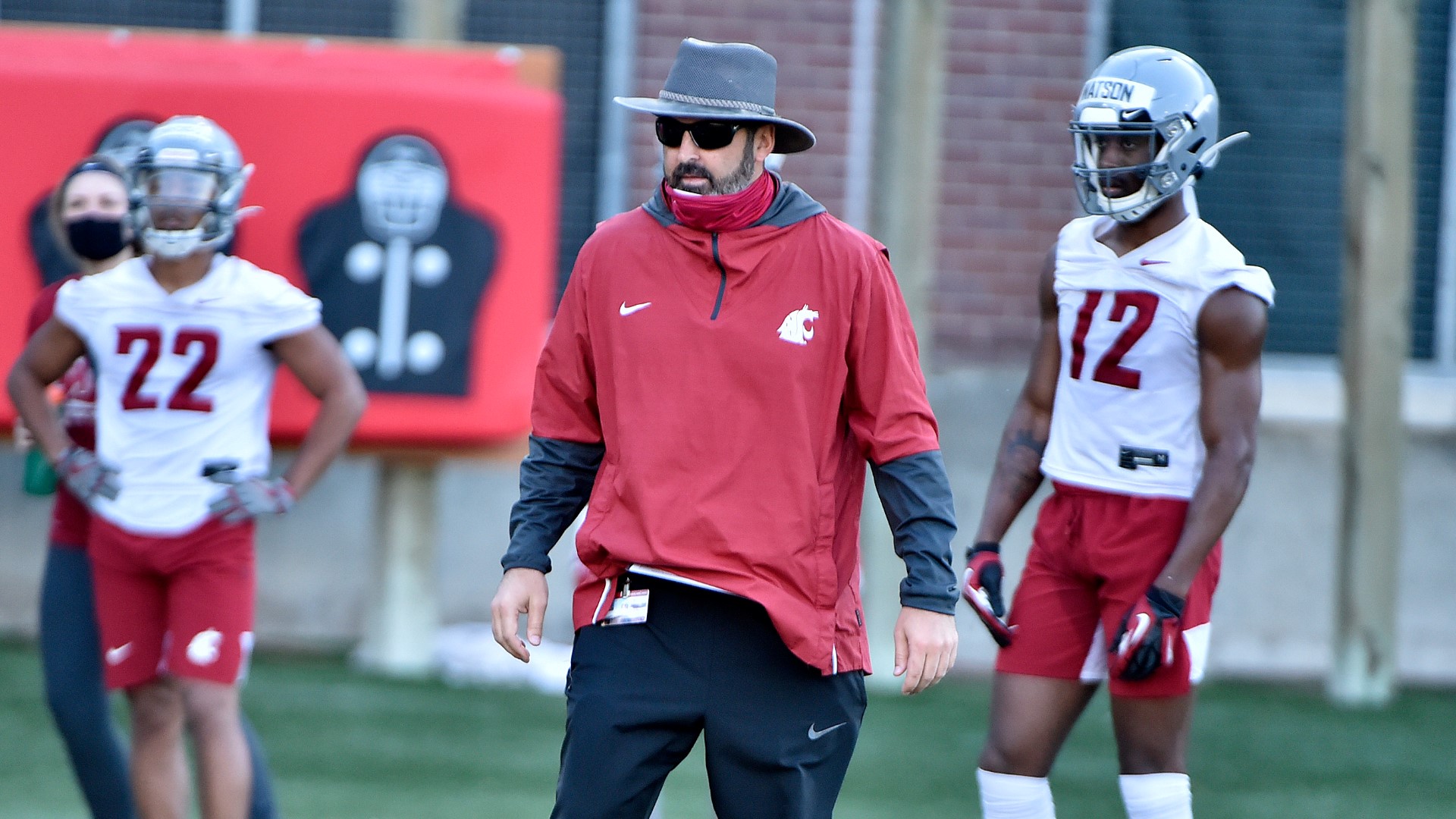 SPOKANE, Wash — The quarterback competition for Washington State is over. Well, at least privately.

"We had a conversation this weekend. 'How long do we want to keep this going? What’s the best for this team?'" said WSU Head Coach Nick Rolovich of the quarterback battle.

Rolovich and his staff decided that the best move was to name a starter.

Sometime in the last 48 to 72 hours it appears he met with his quarterbacks to deliver the news. The competition has been between Cammon Cooper, Gunner Cruz, and Jayden de Laura. The Cougar's fourth quarterback is a walk-on, Victor Gabalis.

The meeting wasn’t all about congratulating the Cougs’ heir apparent though.

"The conversation with all of the guys was, ‘Hey listen, I understand three of you aren’t as happy as you might have thought you would’ve been after this conversation, but who knows what’s going to happen? You can feel sorry for a little bit, but when you come to practice, you need to come out and prove me wrong. You need to say, ‘I don’t care.’ Go out every day before you put your helmet on and say, ‘I’m going to make sure he knows that he was wrong with this decision.’’ And that’s how I want them to approach it," said Rolovich.

Nick Rolovich confirms that he has met with the QBs and has named a starter for the OSU game.

What he couldn't confirm to me is whether or not they will name that starter publicly. His thoughts on that below:

Ends by saying: "I'm big on hiding as much as we can from people." pic.twitter.com/iXwFhbk0Mn

Rolovich did say that they have a specific quarterback grading system with points that’s applied to performances in practices and games. That, combined that with evaluating the QB's leadership skills, helped them figure out the next Coug under center.

"We’ve kind of developed how we grade the quarterbacks every day. Decision making, accuracy, who’s having balls dropped more than others, the catchability of the ball, mental mistakes. They all had all that stuff. I think it’s just who’s going to give us the best chance to win next weekend," said Rolovich.

You may be reading this wondering, well then who is the starter? Rolovich says he remains undecided on if he’ll name the starter publicly before game day.

"I’ve gone back and forth. I don’t know if it helps us to name him, but I also don’t want it to become a distraction. I don’t necessarily have a plan as far as that right now," said Rolovich.

Rolovich did say that he's never had a steadfast rule about naming a starter. He's kept mum before, and he's named them prior to the game before. Above all, he holds one mantra though.

"I’m big on hiding as much as we can from people until game day," said Rolovich.

And now we wait.