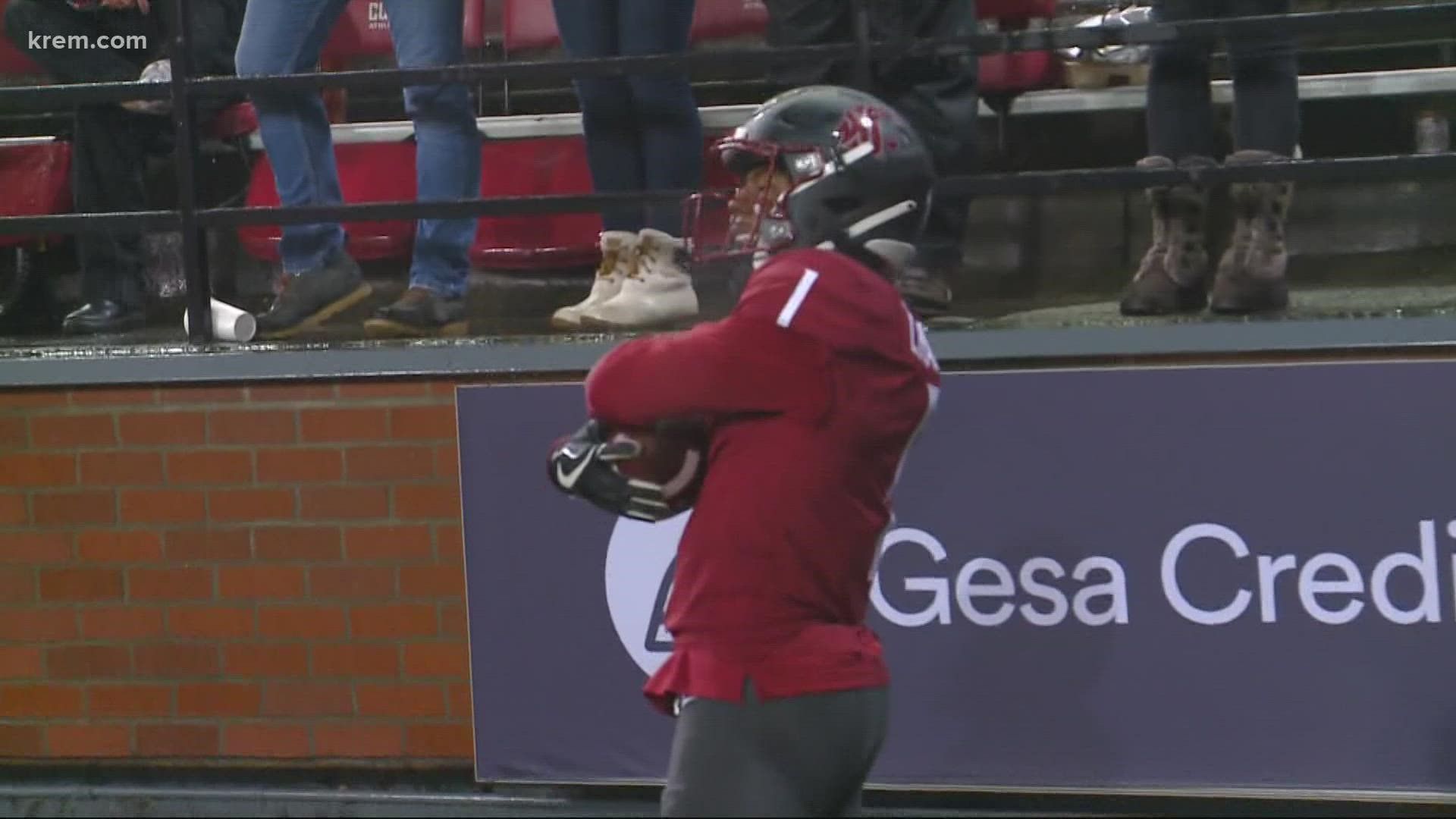 PULLMAN, Wash. — Only seniors scored on senior night as the Cougs walloped the Arizona Wildcats 44-18.

Jayden de Laura passed for 259 yards on 13-of-22 passing and had 4 touchdowns and no interceptions.

The Cougs blew the game open in the third quarter as Borghi and Harris both scored in the frame, which put WSU up 37-7.

The Cougs now take on the Huskies in the Apple Cup next Friday at 5 pm on FS1. WSU has lost the last seven straight in the series, but many people think this may finally be the year the Cougs' break the curse. The game is in Seattle, and the last time WSU won there was in 2007-- 14 years ago. 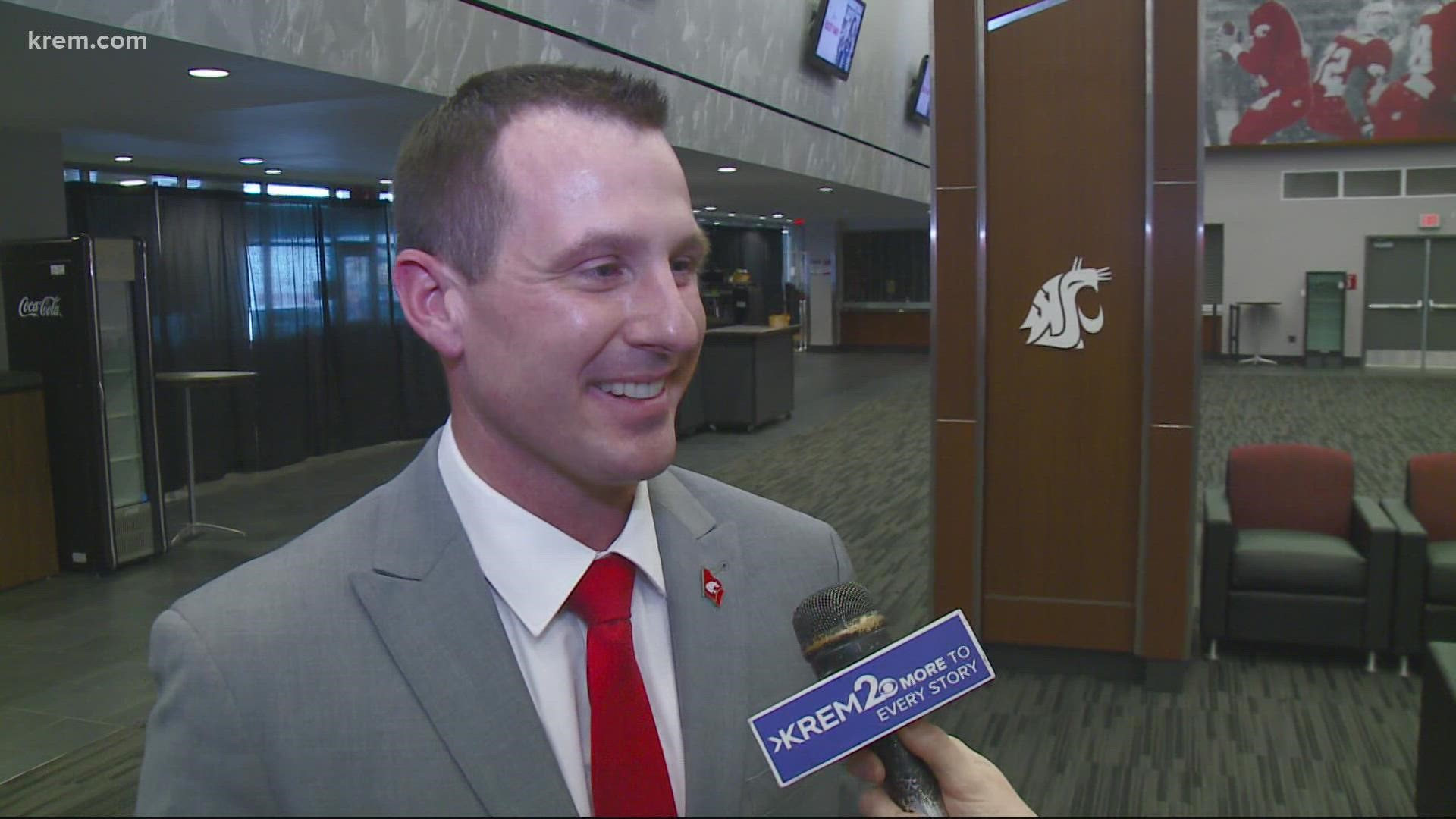