The announcement, made at 1 p.m. Wednesday, ended up being a parody commercial for a Mike Leach smart device, much like an Amazon Alexa. 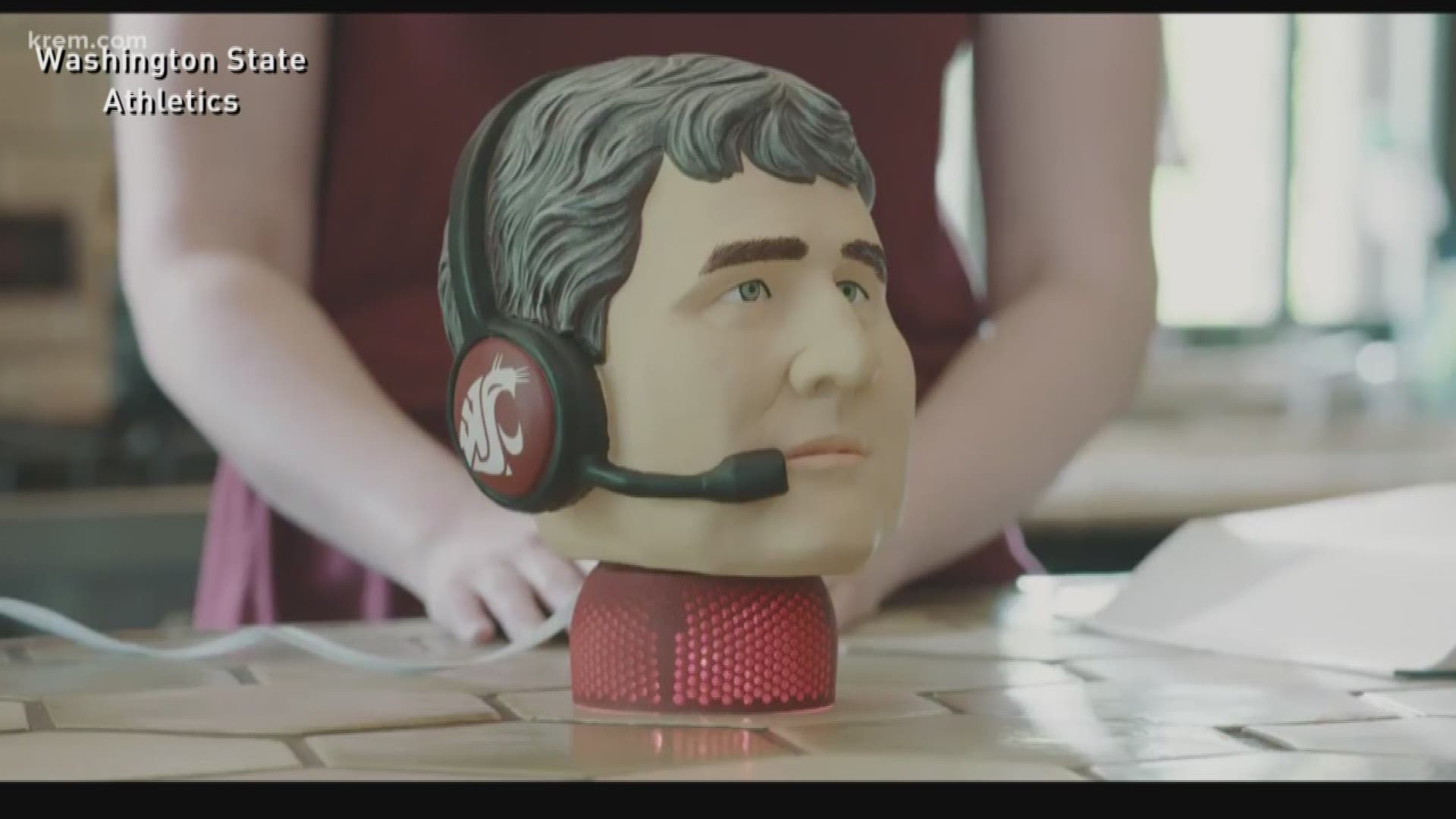 SPOKANE, Wash. — Cougar fans are feeling a little let down after Washington State University Athletics made an announcement on Twitter Wednesday afternoon.

On Friday, the school tweeted “Coming Soon…” along with a graphic with the date 6/12/19. Twitter users started guess what the school could be announcing. They told fans to “think innovative, think never before seen.”

The announcement, made at 1 p.m. Wednesday, ended up being a parody commercial for a Mike Leach smart device, much like an Amazon Alexa.

The device is shaped like the head football coach’s head and can answer questions like “Can guys wear hot pants?” Leach’s answer? “You don’t know who you are until you get out of your comfort zone."

Toward the end of the video, featuring what the school called “the smartest device,” they let fans know that tickets for the upcoming football season are available for purchase.

Fans and WSU football players were not having it. Many of them felt duped.

A fan tweeted, “This is like when Ralphie cracks the code in “a Christmas story” and all the code says is to drink ovaltine.....”

Another tweeted, “When you’re expecting a chocolate chip cookie, but get an oatmeal raisin.”