Trinity Rodman, daughter of Dennis Rodman, was drafted with the second overall pick. Rodman was a freshman on WSU's team, but never suited up for the squad.

PULLMAN, Wash. — WSU women's soccer saw a record number of players get taken off the board in the NWSL's draft on Wednesday night.

Forward Trinity Rodman was the first WSU player selected as she was picked by the Washington Spirit with the second pick. Rodman is, yes, the daughter of Dennis Rodman. Trinity never actually suited up for the Cougars as she was a freshman this year and the Cougars did not play a fall season due to Covid.

"We've been an open book all the way through," said WSU head coach Todd Shulenberger on Trinity's decision process. "She's been awesome. We wish her the best. It was nothing I was blindsighted about. We talked ourselves through this process, and if you have the chance to be the second pick in the draft, you've got to go for it."

Trinity became the second straight Coug to hear her name called at number two. Morgan Weaver was drafted to the Portland Thorns last year with that pick. Both players are forwards, which Shulenberger said he was particularly proud of and that it showed Washington State's scoring prowess.

Shulenberger announced after the draft that both Alger and Gomera-Stevens will be back for this spring season and the fall season next year. The way the draft worked this year, seniors could be drafted but still return to their programs until the 2022 NWSL season.

"They feel like they have some unfinished business here in this spring and next fall. We'll get them ready as we finish out and hopefully we can do something magical here before they depart next year," said Shulenberger.

One moment that hit a chord was video of Gomera-Stevens getting drafted and her getting emotional.

When your dreams become a reality. pic.twitter.com/YWcyx28e8G

"It's something that I've been wanting, working towards, a goal of mine since I first started playing since I was three or four. When I actually heard my name get called to play professionally I just got a little bit emotional because my dream came true," said the forward of the moment. "It's a great accomplishment that I'm still trying to process right now." 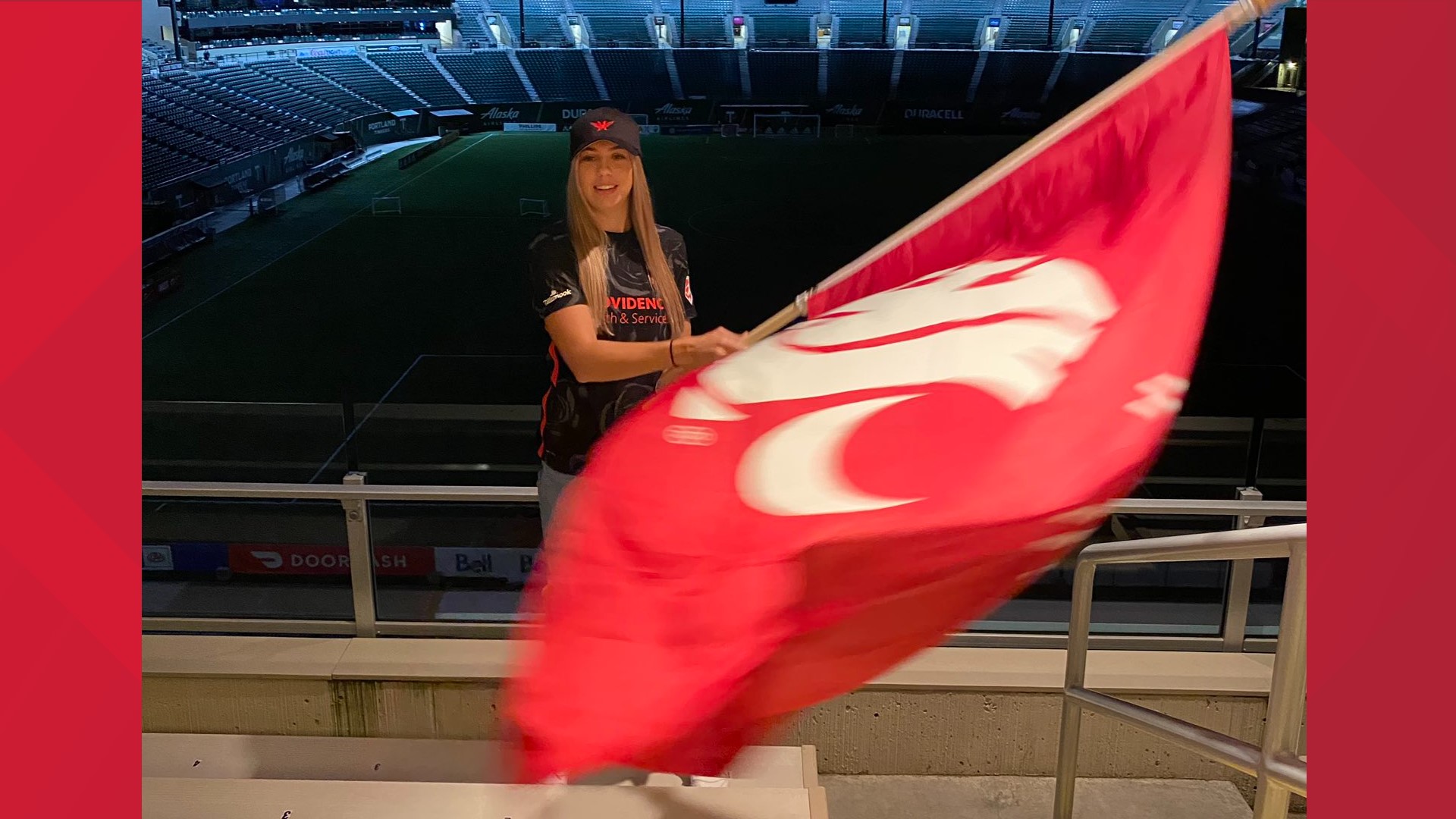