The UW Husky Marching Band played the WSU fight song ahead of the Apple Cup. The move was in response to the WSU Marching Band doing the same for UW last year. 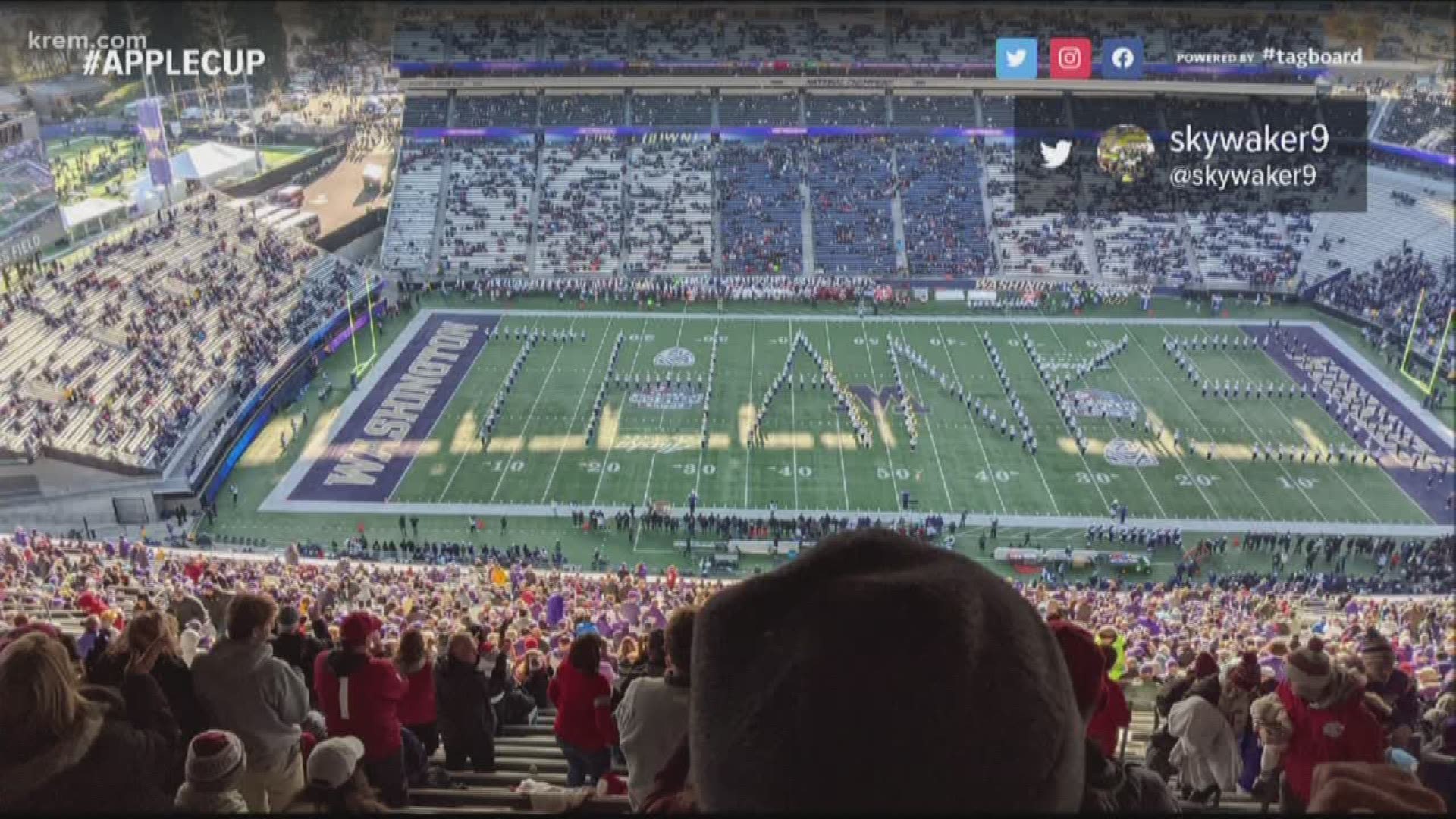 SEATTLE — The University of Washington Husky Marching Band played fight song of their rival Washington State University Cougars ahead of the 2019 Apple Cup in Seattle to say thanks for the Cougars band playing the Huskies fight song the year before.

The Husky Marching Band was unable to attend the 2018 Apple Cup after one of its charter buses crashed on I-90 near George, Washington on Thanksgiving. Thirty-nine of the 52 people on board were hurt, but fortunately, no one sustained serious injuries.

The band decided to go back to Seattle instead of continuing to Pullman for the game the next day.

The Husky Marching Band also spelled out the word "thanks" while playing.

The following video is a report on the Cougar Marching Band learning the UW fight song after the band was unable to make it to the 2018 Apple Cup due to a crash.