Predicting WSU's starting five and rotation for the 2021-2022 season

The Cougs have a ton of talent coming into next year. Who do you think starts for WSU? 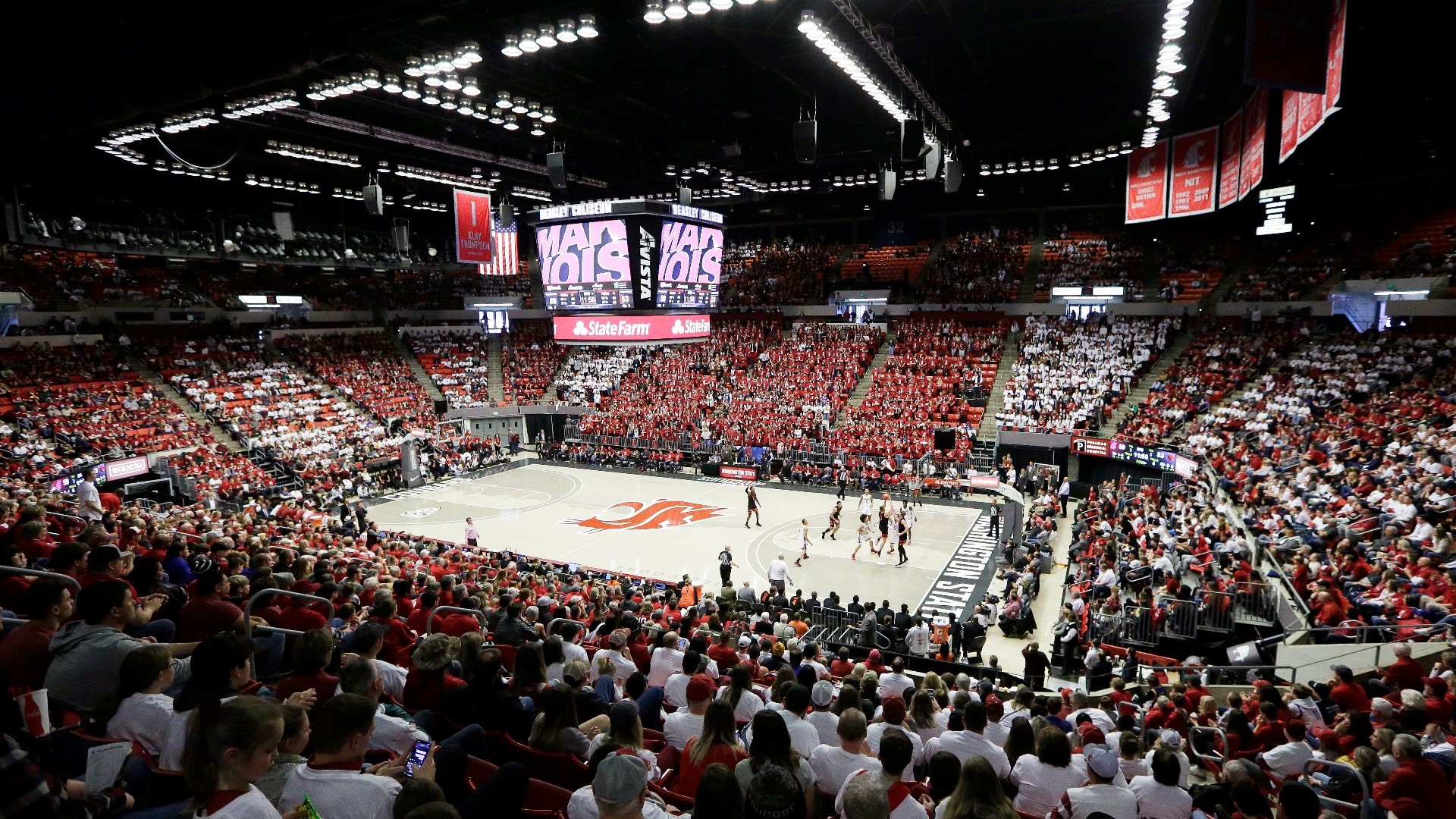 PULLMAN, Wash. — On Monday I broke down what I thought Gonzaga's starting lineup and rotation would look like this season.

Today it's Washington State's turn, as the Cougars are getting stronger and stronger every year and look to be a fringe NCAA Tournament team this season.

Those locks are Noah Williams and Efe Abogidi.

Both Williams and Abogidi started all 27 games last season, so that's that.

I foresee them both staying at the same positions as last year, so that means Williams at the 2 and Abogidi at the 4.

That leaves three spots up for grabs. I'm giving two to transfers.

At the one, I'm going with Michael Flowers. He's rated the #63 transfer in the country by Jeff Goodman and averaged 21 points per game at South Alabama. Basically, between Flowers and Williams, this back court can light it up.

At the three, I am going with Kim Aiken Jr. Yes, he is technically going to be categorized as a forward in Kyle Smith's offense, but Aiken really is a guard/forward hybrid which is what this team needs.

I foresee Aiken really being this team's energizer bunny. He was the Big Sky's Defensive Player of the Year last year, led Eastern Washington in rebounds while playing the guard position, and can shoot the three. He brings a toughness that will be much appreciated. He also can guard the opposing team's best guard.

The five is the biggest toss up in my opinion.

For now, I'm giving it to Dishon Jackson. He really blossomed at the end of last year and became an enforcer inside. Jackson has been in the offense for a year which gives him a slight edge over the guy who I think will be first off the bench.

FIRST OFF THE BENCH

That guy is the only the highest rated recruit in Wazzu history.

Mouhamed Gueye committed just a few weeks ago, and I think will really challenge Dishon for that 5 spot. He's a 6'11 forward who has a ton of upside and can shoot the three.

Basically it boils down to this: Gueye has a three and Dishon doesn't, but Dishon has more of a presence inside. With three players in the starting five who can shoot it from distance in Flowers, Williams, and Aiken, and another actively working on his range in Abogidi, I think a big presence inside will be more valuable to the Cougs.

I could see Gueye getting into the starting five at some point during the season though, so that will be fascinating to watch all year long.

Easily the toughest thing to figure out about this team is the delegation minutes. There are a lot of question marks with 12 guys on the roster who could easily crack 10 minutes or more a game.

Quite honestly, it gave me a headache trying to figure this out today so I'm going to go with the players who I believe will definitely get minutes and then a group of players who I think will have to battle it out.

A reminder: There are 200 minutes per game to give out.

We'll begin with Noah Williams. I see him bumping up to 35 minutes per game this season. He was at 30 last year and with Bonton presumably gone, I think a five-minute bump is warranted.

I also think Abogidi gets a five-ish minute bump and goes from 24 minutes per game to 30.

I am giving the rest of the starters 20 minutes each, so that's Aiken, Flowers, and Jackson.

That leaves us with 85 minutes to give out.

I am giving 15 to transfer guard Tyrell Roberts and 15 to Mouhamed Gueye. I also think DJ Rodman and Andrej Jakimovski each see ten apiece.

We are now down to 35 minutes for three potential rotation players.

Those three are guards TJ Bamba, Ryan Rapp, and Jefferson Koulibaly, who got injured before the season started last year.

I could potentially see the rotation getting stretched to 11 and then having the left over minutes distributed among bench players I've mentioned outside of these three players, but I'm not ready to say which player is on the outs of the three yet.

Sometimes you gotta admit when you just aren't sure, and that's more than fine folks.

Whatever happens: This is a super deep and dynamic squad.

We'll see if they can make the NCAA Tournament for the first time in 14 years. 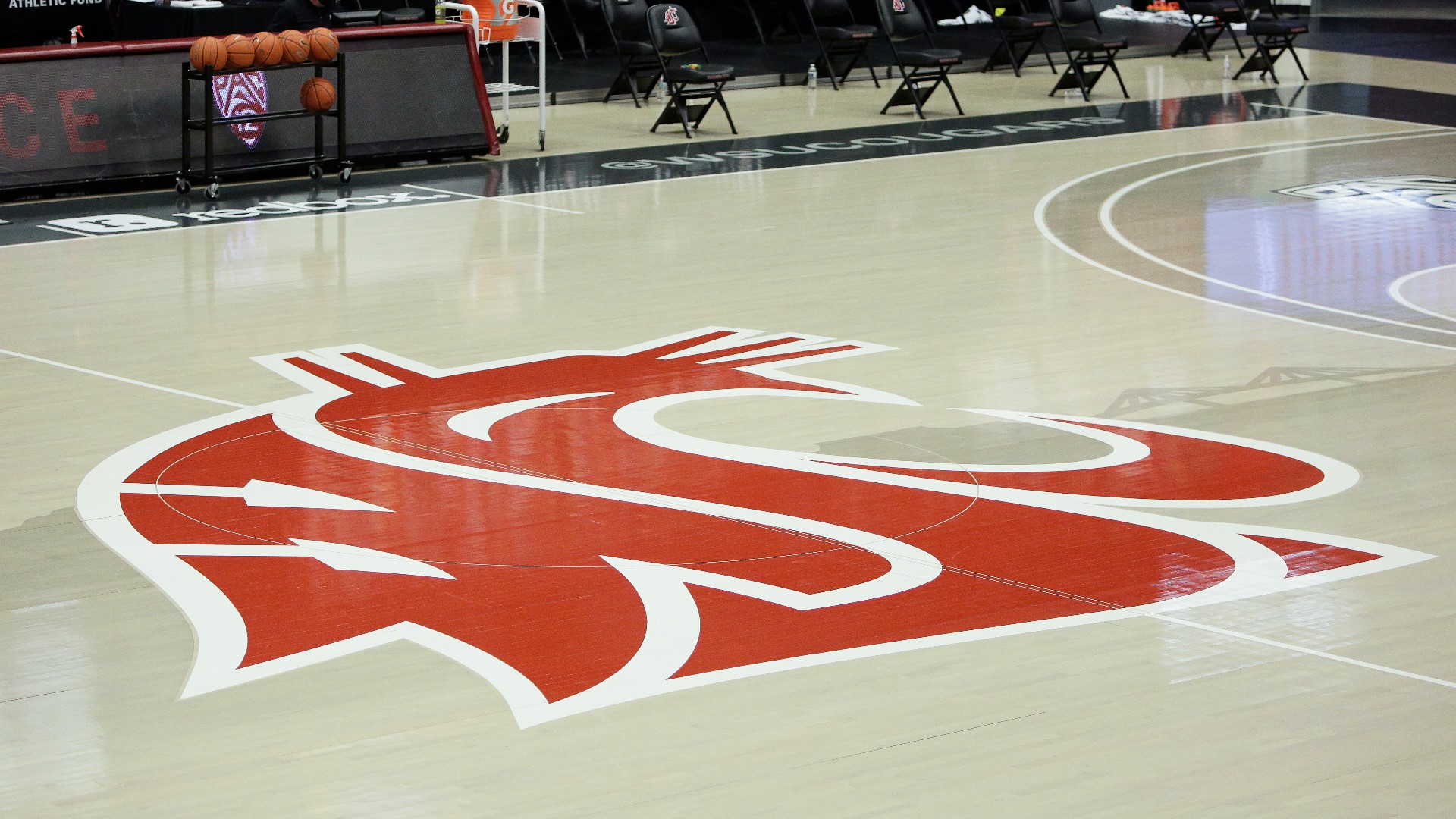