Leach spoke to the media for the first time as the Mississippi State head football coach on Friday. 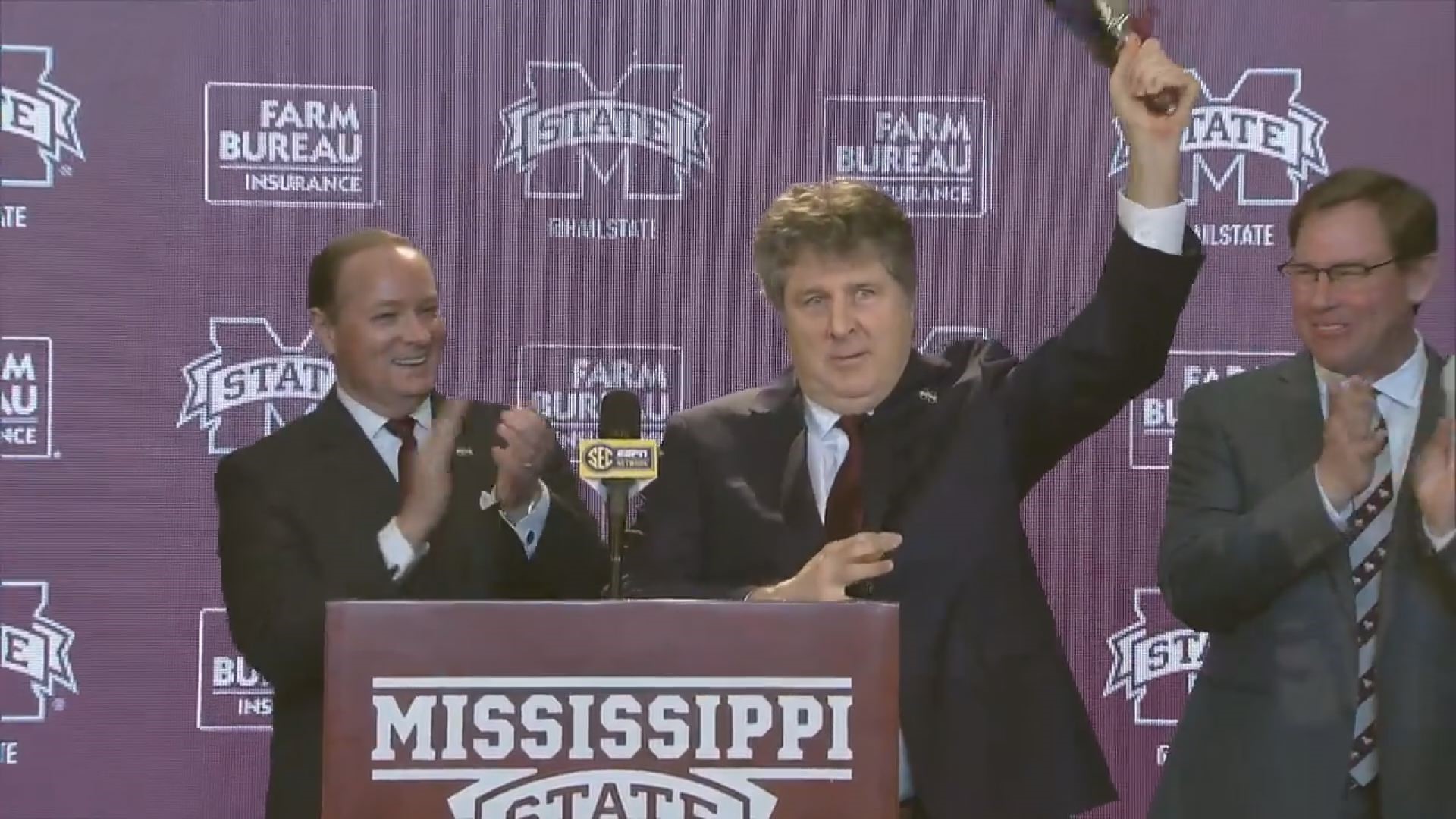 STARKVILLE, Miss — "Do you know how to use that?" said Mississippi State University President Mark E. Keenum at the beginning of Mike Leach's introductory press conference at the school.

Leach, while holding the cowbell up that Keenum had gifted him like a game show host presenter, responded, a bit perplexed, "Uh, I hope so."

And that is how Mike Leach rang in-- literally-- his era in Starksville on Friday.

Leach did take a moment at the very beginning of his press conference to reflect on his time at WSU.

It didn't sound like it was necessarily an easy divorce from the Cougs for Mike Leach.

RELATED: 'Once a Coug, always a Coug': Mike Leach says he is grateful for 8 years at WSU

But, in classic pirate fashion, he also felt like he needed a new adventure.

"You're always really conflicted because you create great relationships with your previous team and coaches, fans, and some things like that," Leach said. "The other side of it is you're going to be dead in a 100 years anyways so you want to try to have as many experiences as you can. Everybody's got goals and things they want to accomplish. It is kind of a path. I guess in my case, I just wanted different experiences. Although, I'll always cherish the experiences I had previously. I think that the departure is the hardest."

But depart, he did.

So, why was Mississippi State the school he finally decided to jump ship from the Cougs for?

And with that Mike Leach, moves on from the Palouse.

But don't worry Coug fans, you're still on his mind.

"I'm excited about this next step, this next chapter and to be a Washington-- er-- Mississippi State Bulldog," Leach said, as he narrowly avoided a Freudian slip.