'Make or miss, I’m going to still be me': WSU kicker Blake Mazza preps for third season in crimson

Mazza was one of three kickers up for the Lou Groza award last year. That award goes to the best kicker in the country. 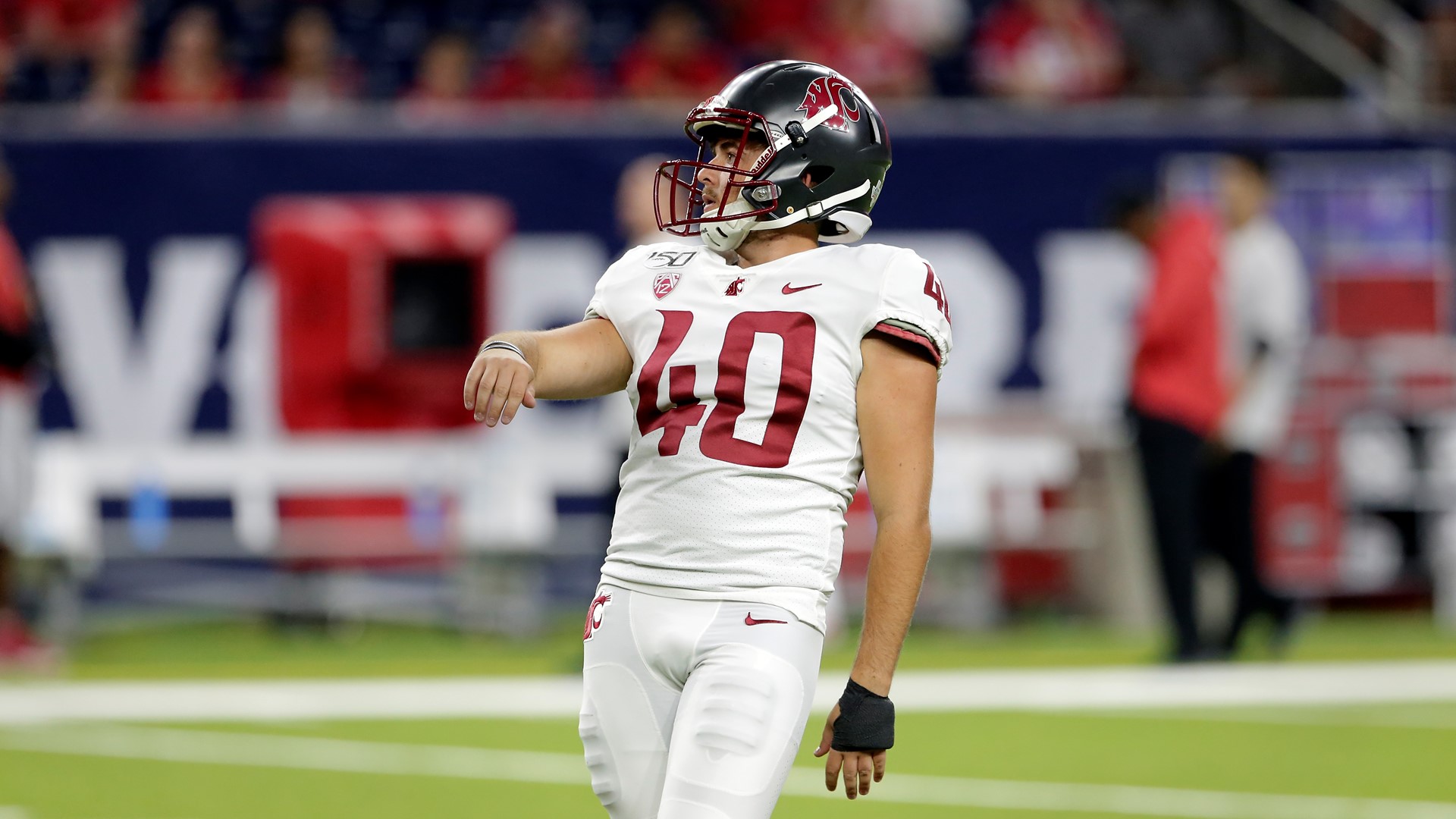 PULLMAN, Wash. — You may think when you look at WSU’s roster that Max Borghi is the most accomplished player returning.

You’d be wrong. He only was an all-Pac-12 honorable mention last year.

In fact, the lone Wazzu player to be named a first team all Pac-12 player last season was their kicker Blake Mazza.

He was also one of three nation-wide finalists for the 2019 Lou Groza award. That award is given to the best college kicker in the country.

"Sitting in a room where you’re next to Joe Burrow, Chase Young, going to media places with these guys that we’re now watching on Sundays, being in those rooms and in that same talk with awards and being at the same awards show is just humbling knowing that some of the work I put in is paying off," said Mazza.

Mazza kept up that hard work, even if it meant getting creative during quarantine.

"During those times when we were back home, I was kicking off trees, light poles, just out at a park. Trying to find anything that could simulate uprights," said Blake with a laugh.

He has obviously tried to set himself up for another successful season, but what exactly does success look like after going 20-for-21 on field goals and 55-of-57 on extra points last season?

"I think going into a season like the only way you can be is perfect is the wrong way to approach it. If I go into this season only wanting to be perfect and going out on the field like, ‘I can’t miss. I can’t miss,’-- I think that’s where kickers go wrong. If that goes into their head, they’re going to miss it. Make or miss, I’m going to still be me. The world’s not going to end. That’s the mentality and approach I have towards kicking," said Mazza.

WSU kicker @blakemazza told the media today that @Draguicevich3 will be his best man at his wedding.

Apparently that's incited a bit of stress for Oscar in terms of his speech, so what does a football player do to get better?

He hopes that approach leads him even to ever greater accolades than what he racked up over last year’s season, but he also has the team’s goals as his top priority.

"I’m hoping to kick some extra points for Borghi once he gets in the end zone, and let’s win some games. Hopefully more extra points than field goals. That means our offense is doing good. But yeah, I definitely want to end my career with getting that Groza and taking it home," said Mazza.