The WSU football team, along with the family, friends and loved ones of Tyler Hilinski, sadly had their lives changed in that very manner last week. 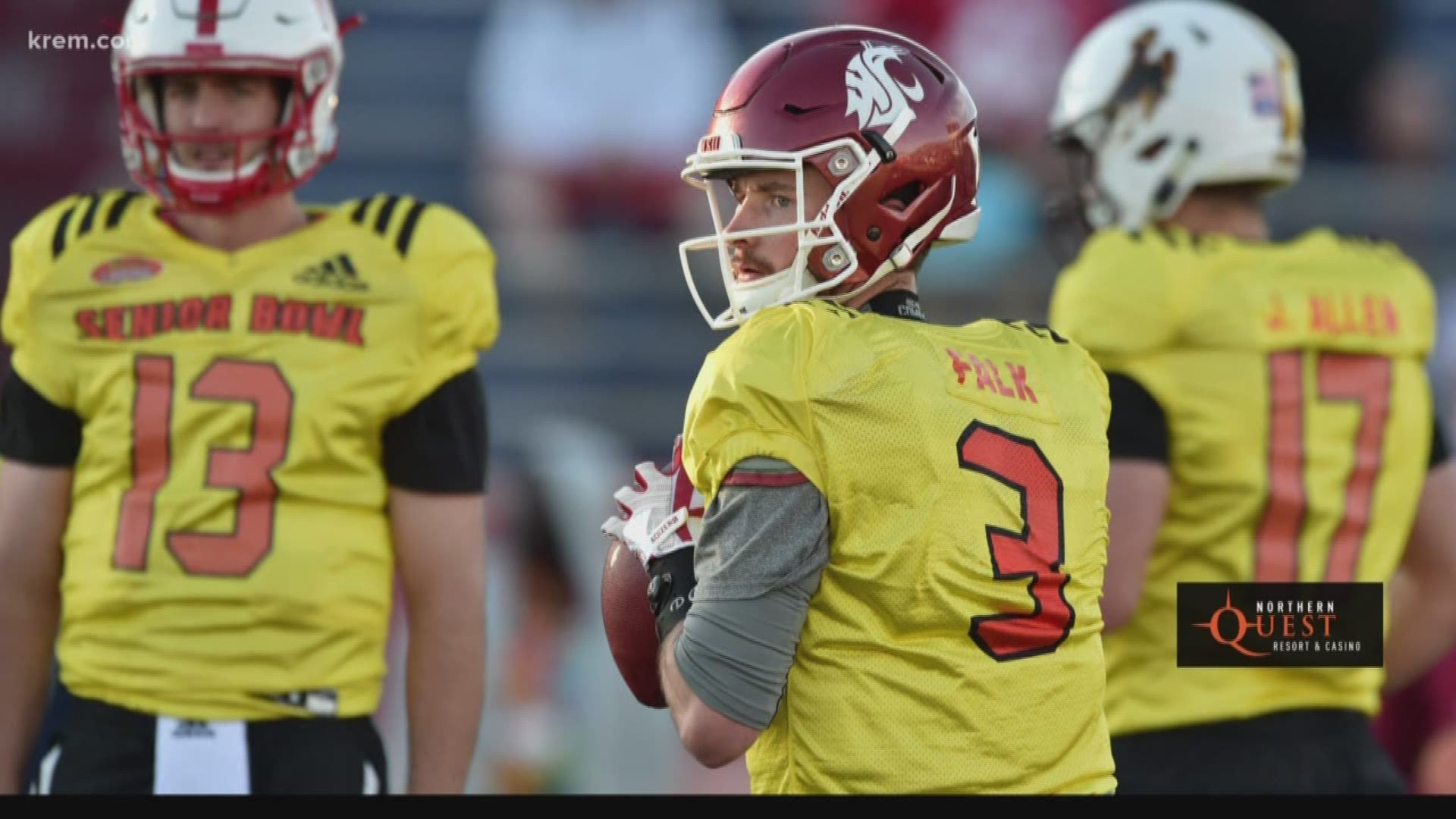 PULLMAN, Wash. -- At some point all of us have, or will, experience something that has an immediate, dramatic impact on our lives.

An event that is so profound that who you are or the life you live is different when your head hits the pillow than it was when you got out of bed.

The WSU football team, along with the family friends and loved ones of Tyler Hilinski, sadly had their lives changed in that very manner last week. Luke Falk is one of those guys. On Tuesday, he spoke the words of a young man whose perspective has been forever altered by last week's tragedy.

"It's always going to be with us. I think we really want Tyler to be remembered and this to be talked about. When suicide is the second leading cause of death for men 18 to 45-years-old it should be talked about and we should do something about it,” he said. “I feel like at times we feel like we can't express our emotions because we're in a masculine sport and being a quarterback people look up to you as a leader so he felt like he probably felt like he couldn't talk to anybody. We gotta change some of that stuff. We gotta have resources and not have any more stigma about people going to that."

What Luke called for in the end has been the overwhelming response to Tyler Hilinski's decision to end his own life. We have to make sure everyone, and in this case young men and football players, have the support they need. They need to know that there is room in that environment for emotional vulnerability, for openness about pain and sadness and struggle, rather than just the false bravado and machismo we are accustomed to seeing.

It is not enough to make counselors and support available. We have got to be proactive about making sure those around us are alright, putting arms on shoulders, checking in, not just asking if they are okay, but making sure they're okay and making sure they know that they are loved. Tyler Hilinski was loved. That has been so obvious since last Tuesday. Now his former teammates are among those asking themselves some heart wrenching questions.

"I think all of us that were close to him just kind of go back and ask ourselves were there signs what could we have done. I think we all feel a little bit of guilt. I wish that I could have given him one more hug one, more pat on the butt and let him know that he's loved," Falk said.

Sadly, they are left to live with the pain, confusion and all the things that come with painful life-changing events like this. Falk, for one, knows that Hilinski will always be part of his own story. He said this to Yahoo, "I think Tyler and I are going to be tied forever now. I think that we really need to do something about (suicide). I want to be a guy that has something to do with it."

That started this week with a simple gesture: Luke Falk wearing Hilinski's number three at the Senior Bowl. On Friday, we learned that, according to the Seattle Times, Falk will skip Saturday's game to instead attend Hilinski's funeral in California, passing on the opportunity to cap an impressive week in front of coaches and scouts in the game itself, to show love for a teammate, and support for his family.

Knowing what we know about Falk, the leadership he demonstrated at Washington State, and the example he set for everyone else in the program, I'm confident that we'll see him live up to his word and do something about suicide. Whether it is bringing attention to what causes so many to make that decision, or encouraging teams and programs to foster an environment of openness, honesty, care, love and sympathy for those in pain, so that no one feels the need to hide how they are feeling. Luke Falk was forever changed by the death of Tyler Hilinski and now he sounds like a man committed to creating change, which in a very different way, could have its own profound impact on someone's life. 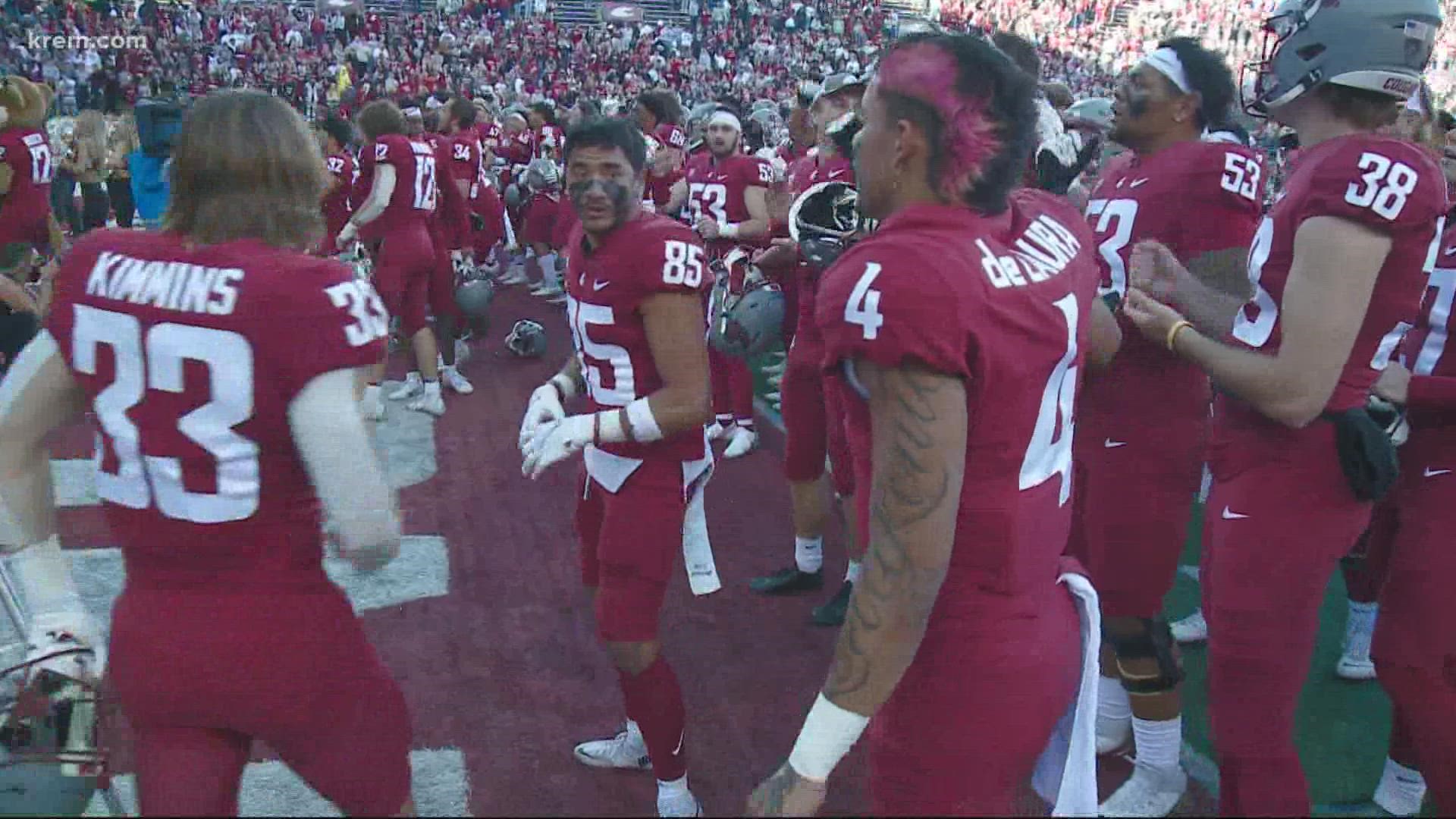