Smith talks rebuilding the program, the identity of this year's squad, and wanting to renew the Gonzaga-WSU rivalry. 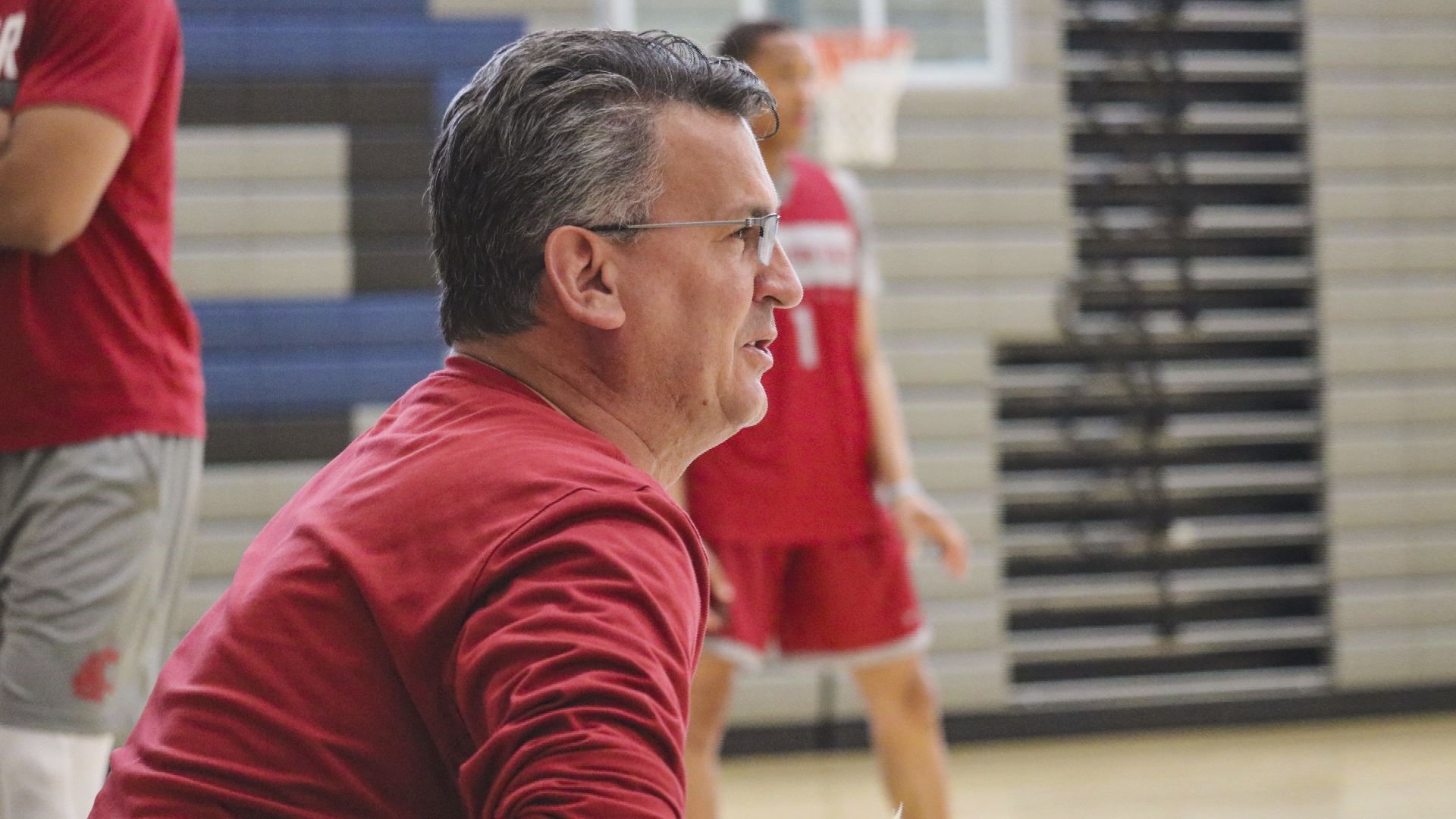 No one claimed rebuilding a program is easy.

“The first couple of months were a little scary,” reflected WSU basketball head coach Kyle Smith with a laugh. “We were down to three guys on the roster and had to work through that.”

Thankfully for Smith, this isn’t his first go around.

“It’s the third time I’ve had to start over a program so each time you get a little better. It’s always about the same things. Getting the right people on the bus. Getting guys with great attitudes that want to work, and they’re just proud to be a Coug. That sounds simple, but it’s a little trickier.”

Smith now has a full roster.

Next up? It’s about finding an identity.

“I think we’ll be a selfless team,” said Smith. “We’ve got to get better defensively. They’ve actually been a really good group. I think Pullman’s a place where you can get a lot of comradery and build a culture and we’ve started that. We went down to Snake River and had a barbecue. That’s part of the process of building a culture, is getting to know each other and developing those relationships.”

The most important part of next year’s team is sophomore CJ Elleby who had a break out freshman season. Smith is certainly thankful that Elleby opted to stay with the Cougs instead of entering the transfer portal.

“CJ doesn’t owe me anything. Doesn’t owe our staff anything. I was a little surprised he had such an eagerness to be taught and coached. For him to come back and want to get better, I’m rooting for him to have the most success he can.”

CJ has three more years of eligibility, and it’s a safe bet to assume that the former San Francisco Dons head coach hopes Elleby gets to play the program up the road one of those years.

“That’d be great for the region and area if we can, but honestly we have to get better to get there,” said Smith of playing Gonzaga. “I think we can do that. That’ll be good. I thought I escaped them after 20 years, but they’re right up the road. If we could get that series back together I think that would be good for both programs.”

But for now, Smith is focused on raising the level of his own program.

A program, and a school, he is most definitely proud to be a part of.

“It’s the most loyal alums you’ll ever meet. Wherever you’re at, you’ll hear the Go Cougs! I think people that have gone here, I have some in my family, are just very proud of this place. You can feel that. I enjoy coming off a recruiting trip, landing in Spokane, I’m just really excited to come home. I’m just really enthused to be here. I think everyone here is just really proud of their school.”