'He deserves it all': Mead alum Lucas Bacon is cooking for the Cougs

Bacon had his first WSU career catch this past Saturday. It also happened to be his first career touchdown. 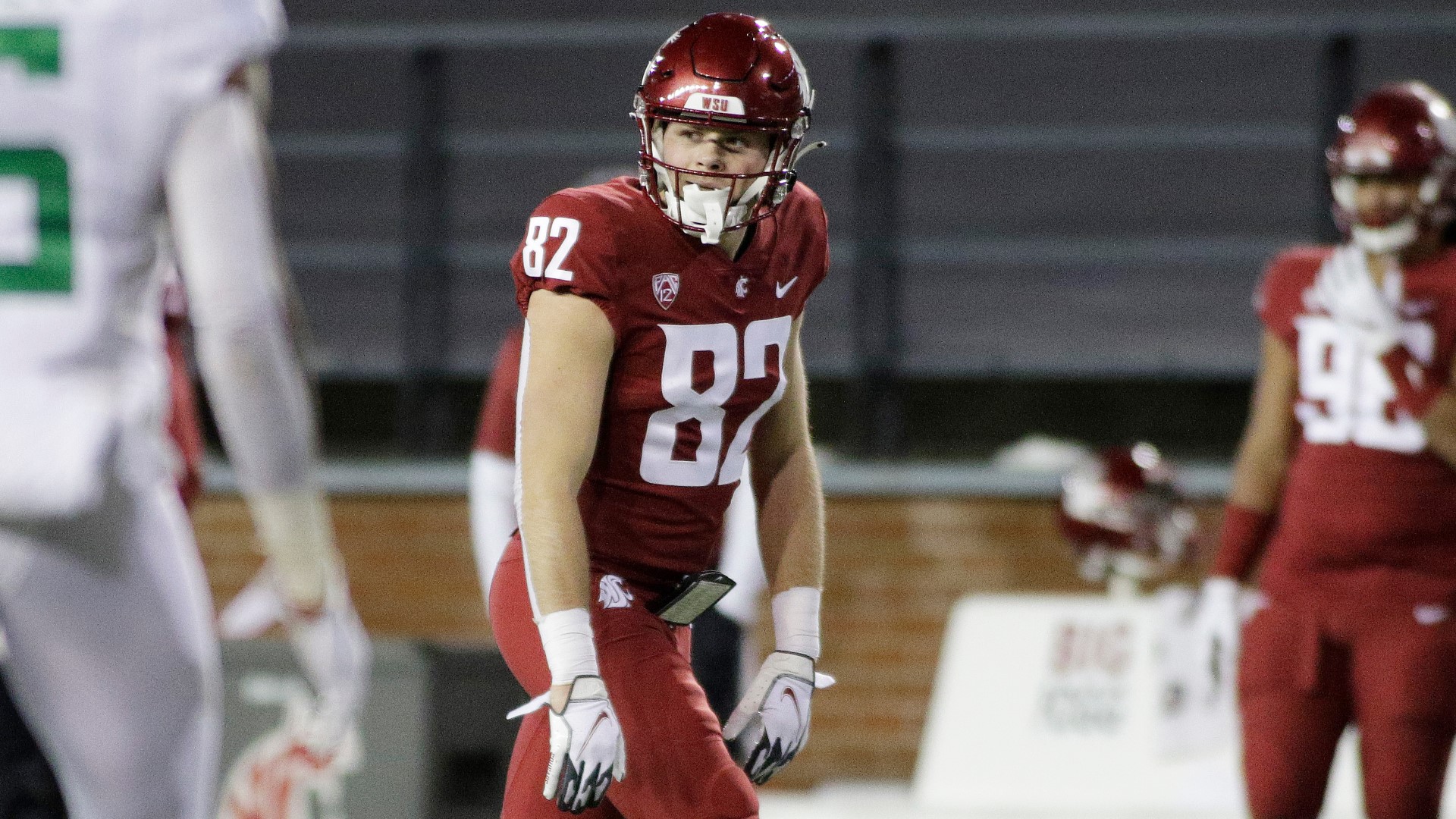 SPOKANE, Wash. — Lucas Bacon was a relative unknown on WSU’s football team to the outside world coming into this season. He walked on to the squad in 2018 but hadn’t made much noise since.

As camp progressed though this year, the Mead alum's name just kept coming up during interviews.

On Saturday, we got to see why.

“He deserves it all, and I’m super excited for him. Know that there’s more to come,” said WSU defensive back Armani Marsh.

“Just seeing him make his plays and go crazy like that is really amazing to see,” said WSU wide receiver Renard Bell.

It’s obvious that Bacon’s teammates love him, and if you couldn’t tell from their quotes, you can tell from their reaction to his first ever career catch on Saturday night that also happened to be a touchdown.

Mead’s Lucas Bacon scores his first career touchdown for the Cougs! Check out the sideline rush him at the end.

Reminder: This kid is still a walk-on. Does not have a scholarship. pic.twitter.com/JO5UqvARWa

So awesome that apparently, it’s a bit exhausting.

“I was probably more tired getting through to the bench on the sideline than actually scoring on the play. I was so tired,” said Lucas while grinning and shaking his head. “Just trying to give a hug to everybody and thank them just as much as they were thanking me.”

Something that has consistently come up when talking to other people about Lucas was his work ethic in the off season this year, so what exactly did the receiver who’s started in both of WSU’s games so far this season do?

“I didn’t really leave Pullman. I just kind of stayed. People left as things were up in the air with the schedule. I just stuck with the strength staff and just followed their plan and what they had going for me. It really just started to fall in to place once everything started to happen towards the season,” said Lucas.

Hopefully for the redshirt walk-on sophomore things will continue to fall in to place for seasons to come, which means a lot more Bacon puns from the media and fans alike.

Lucas accepts them all.

“Since he got here Rolo’s like, whenever I do something good or anything, he’s like, ‘Oh, that’s crispy,’ or whatever. Anything that’s good about bacon, I kind of just embrace it,” said Lucas with a laugh.