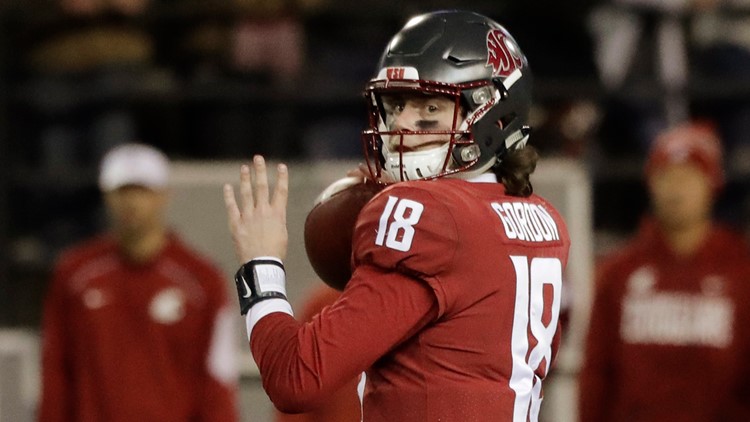 Report: WSU's Anthony Gordon to wear No. 3 in honor of Tyler Hilinski at Senior Bowl

Gordon normally wears the No. 18.

Hilinski died by suicide on January 16, 2018 in Pullman. His family started Hilinski's Hope, a foundation raising mental health awareness, in his honor.

Former WSU quarterback Luke Falk, who wore No. 4 during his time with the Cougs, also planned to wear the No.3 jersey to honor Hilinski in 2018 before pulling out of the game to attend funeral services for Hilinski.

Hilinski's younger brother Ryan plays quarterback for the University of South Carolina Gamecocks and also wears the No. 3.