'I’m going to follow the mandate': The complete timeline of everything that led up to Nick Rolovich's firing

A three-month saga came to an end on Monday with the firing of former WSU head football coach Nick Rolovich. Here's a complete timeline of events. 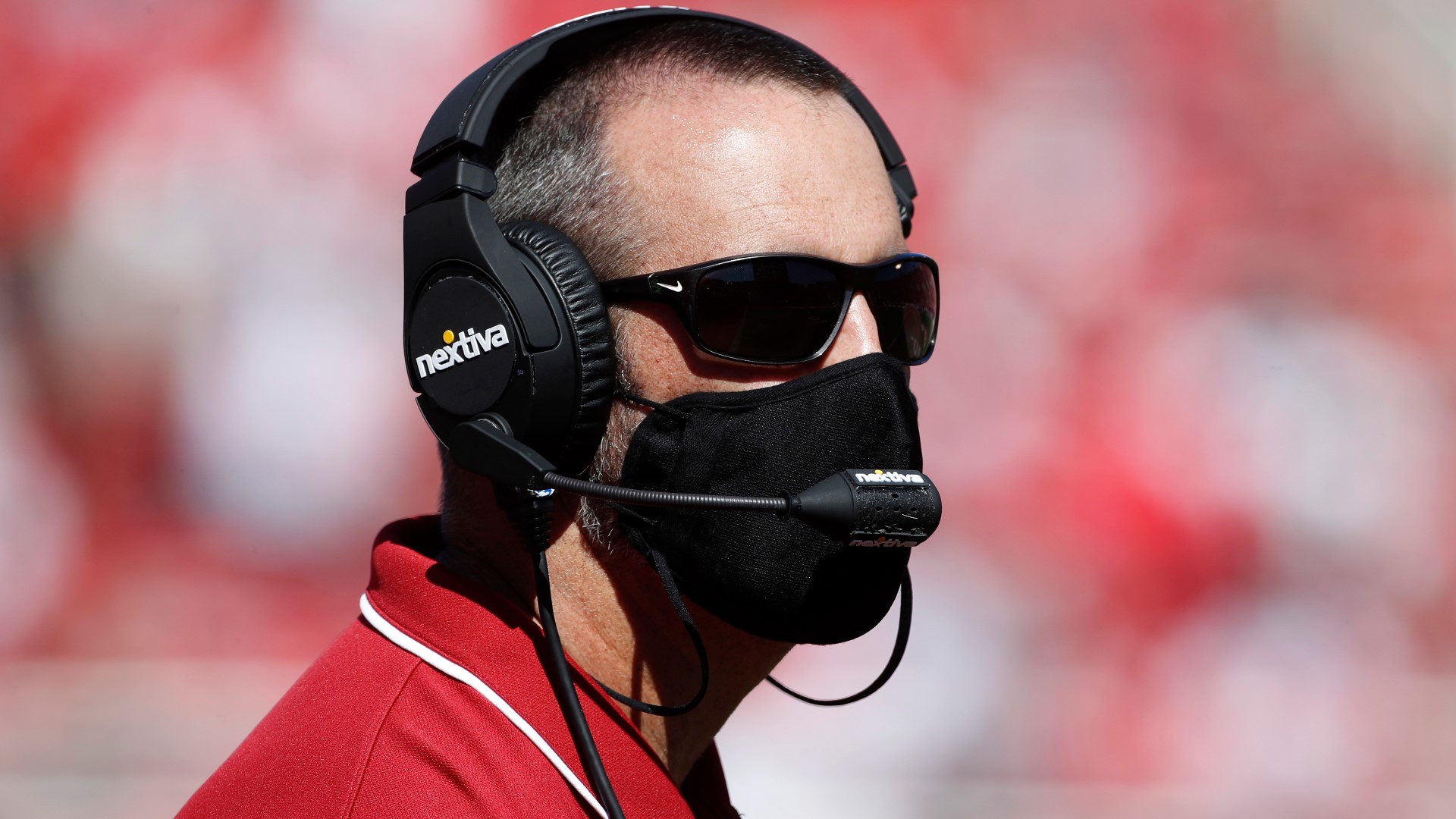 PULLMAN, Wash. — Nick Rolovich’s firing has been one of the most unique situations in sports, period. No coach has ever been fired for refusing a vaccine before. Maybe we’ll see it again, but in any case it’s the first.

It’s also unique, as most firings in sports are relatively swift. Normally there’s mumblings for max a few weeks and then a coach is gone. This drug on and on and on.

Today I’ll take you through the timeline of a saga that started nearly three months ago to the day.

Nick Rolovich released a statement via his Twitter that said he would not be at Pac-12 Media Day because it was required for participants to be vaccinated, and he was unvaccinated.

Ironically, this is the last time Nick Rolovich was on Twitter.

He said he wanted his reasons to not get vaccinated to remain private.

Rolovich participated in Pac-12 Media Day remotely and attempted to clarify his position on vaccines.

“I’m not against vaccinations, and I whole-heartedly support those who chose to be vaccinated,” said Rolovich.

Here's the vast majority of Nick Rolovich's prepared statement on his decision to not get the vaccine:

"I plan on adhering to all policies that are implemented for the unvaccinated. I'm not against vaccinations and I whole heartedly support those who choose to be vaccinated." pic.twitter.com/sG5ke9QAVW

He also added that he thought that communication between him and the athletic department was good.

“They respect my decision. I don’t mean to cause any heartache to this university or this athletic department. We do have an open line of communication,” said Rolovich.

Things remained relatively calm until Governor Inslee announced that all state employees had to be vaccinated on August 18.

The next morning on August 19, Rolovich had media availability, and the line that dictated the saga for the next two months was born:

“I plan on following his mandate, for sure,” said Rolovich when asked what he would do.

He also added about the mandate:

Here is everything Rolovich had to say today about Governor Inslee's vaccine mandate for higher education employees. On him and his unvaccinated staff having to get vaccinated:

"It's what the deal is." pic.twitter.com/J9YhjqiaZy

The very next day Rolovich was asked what following the mandate meant for him. He refused to answer the question:

“I appreciate it, but I’m going to follow the mandate.”

He was then pressed to answer what kind of message he was sending by not saying what he would do in terms of Inslee’s mandate. He once again followed with his trademark line:

Here is everything Nick Rolovich had to say about Governor Inslee's mandate for higher ed employees to get vaccinated. pic.twitter.com/NXgVMIafwB

KING 5 Seattle reporter Chris Daniels joined Rolovich’s weekly presser this day and things got easily the tensest yet. You can find the full exchange below:

Before this I asked Rolovich a vax question. He said, "I still plan on following the mandate and doing what I need to be to be the coach here. That's all I can say about that." pic.twitter.com/Q6qNqu6PwY

Twitter user Coug-A-Sutra tweeted that a source had told him that Rolovich had begun the vaccination process.

Nick Rolovich was made available to the media that day and was asked about the latest dust up on Twitter.

“I haven’t been on Twitter,” said Rolovich. “I heard there was something going on. We are where we’re at with the mandate and moving forward with it.”

He also added that he didn’t think he’d ever comment publicly on his vaccine status.

“I think I’m here to coach football and deal with football issues,” said Rolovich as to why he wouldn’t discuss his vaccine status. “There’s part of me that feels that some things should be private still.”

Here’s Nick Rolovich on the report on Twitter that he’s started the vax process.

“I don’t have much to say about that…
I heard there was something going on.”

Asked if he’ll ever speak publicly on his vax status: “Probably not.”

This was the day when everything really started coming to a head.

Rolovich’s former head coach and mentor June Jones went on the record to USA Today and said that Rolovich had requested a religious exemption.

As part of that story Jones said:

“It’s not about him anymore. It’s about the people around you and the credibility of the university, and he’s got to take one for the team.”

After the Cougs game against Oregon State, Rolovich confirmed that he had applied for a religious exemption and said he felt betrayed by his former head coach.

“I’m not terribly happy with the way it happened. I hope there’s no player that I coach that has to wake up and feel the way I felt today,” said Rolovich.

Here's the full quote from Rolovich about the USA Today article where June Jones said Rolovich has applied for a religious exemption: https://t.co/QqtPHUcqu8 pic.twitter.com/so9QFHjJ8H

Many times over the next week Rolovich was asked if he had heard anything back from the university about his exemption to which he replied no.

He also declined commenting on if he considered himself Catholic, which was how he was raised. The Pope has urged people to get vaccinated.

When asked his thoughts on how his decision could affect many other people’s jobs, he essentially declined to answer that as well.

“I’d like to talk about Stanford, our football team, and move forward in that direction. I understand that’s a part of your job that you need to do right now,” said Rolovich.

Finally, if Rolovich gets fired we know that many people around his program will lose their jobs at the end of the season.

Asked him his thoughts on that.

He essentially declined to answer. pic.twitter.com/DYwE6NU4gm

After Saturday’s game, Rolovich said that he still didn’t know his fate as WSU head coach.

In his final media interaction ever as a WSU employee, Rolovich was asked that if it came down to getting the vaccine or losing his job, what would he do.

He was not a fan of that question.

“Brenna, if that happens, you’ll be the first to know, okay? Said Rolovich as he got out of his chair and left the interview. “Yeah, thank you. We’re good.” 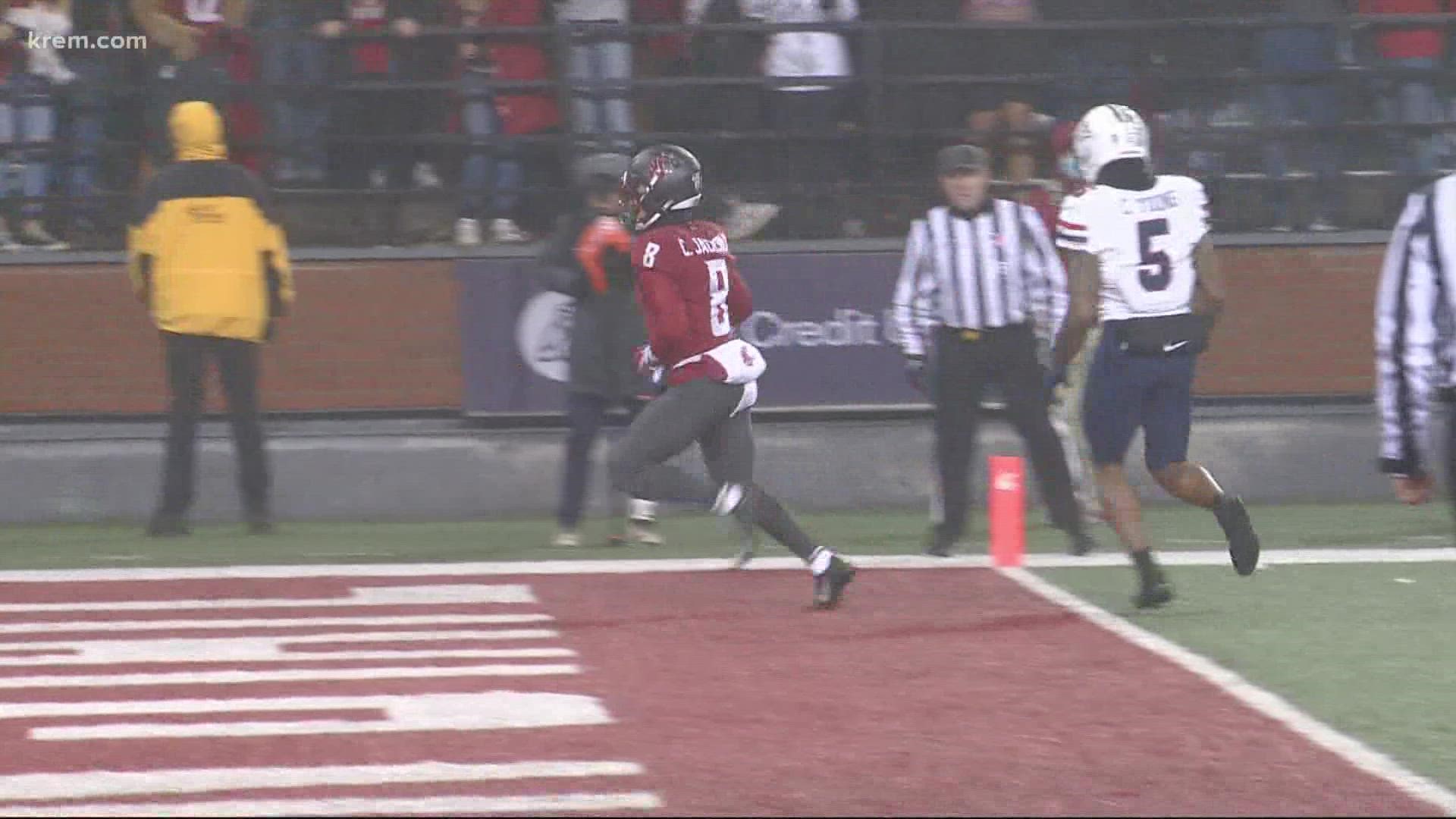