Opinion: This is the best college basketball season the Inland Northwest has ever seen

Yes, the Gonzaga men are ranked No. 1, but almost all of our local teams are stepping up their game. 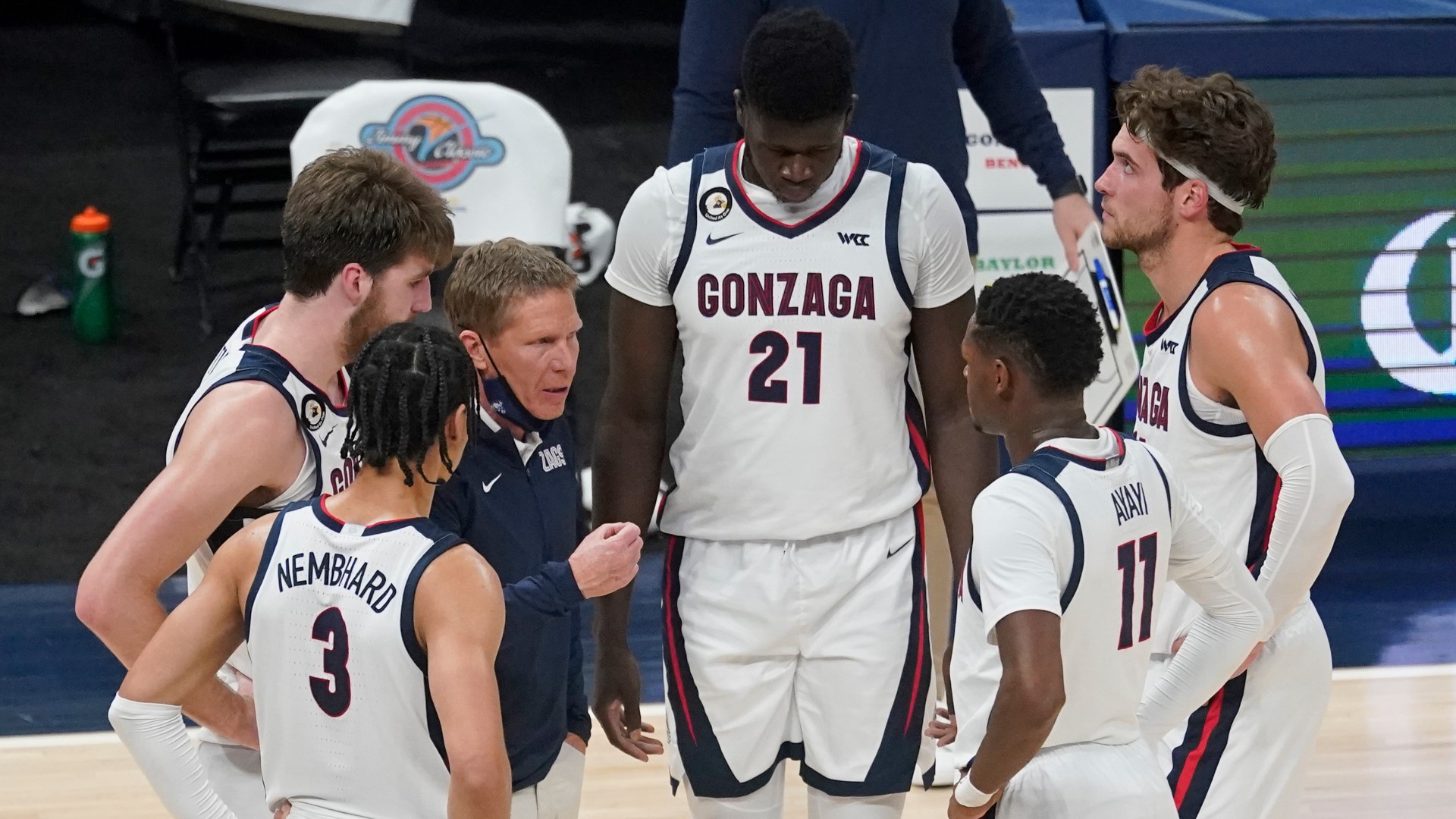 SPOKANE, Wash. — The WSU women’s basketball team got ranked in the AP Top 25 for the first time in program history on Monday. It's been quite a season for them, and for really every team in our area.

Of course, when you think about basketball in the Spokane area, the Gonzaga men pop to mind, and rightly so. Not missing an NCAA Tournament since 1999 and currently being ranked No. 1 in the country are both pretty big accomplishments. I said last Monday that I think the Zags will become the first team since 1976 to go undefeated during the regular season and win a national championship, so my thoughts on them and their season are pretty well documented.

Today I want to take stock of where our local teams are as a whole and the history they are making.

The Zags are 10-2 and have really turned the corner lately. Coming in 20th on Monday in the AP Top 25, the Zags had a dominant 75-43 win this past Saturday against previously 3-0 in conference Portland. That is the same team that stunned Gonzaga in the WCC Tournament last season.

The Bulldogs had an issue with playing to the competition level of their opponent at the beginning of the season, but they've seemed to kick that to the curb recently.

They did take then No. 1 ranked South Carolina to the brink to begin the season, losing 79-72.

We already discussed the 7-1 WSU women and what they accomplished on Monday.

Just want to add one little fun fact about them: WSU became the last women’s power five program to make an appearance in the AP Top 25 on Monday. Translation: Every other power five program has been ranked at some point over the last 45 or so years they’ve done the poll. That just really underscores the program's achievement this week.

The team got their first win over a top ten ranked team since 2017 on Sunday when they beat then No. 7 ranked Arizona 71-69 in OT. They also toppled a ranked Oregon State team earlier in the season. Their lone loss is to a ranked Oregon squad by four points.

The WSU men are 9-2. Yes, they’ve haven’t played exactly the highest level of competition in those nine wins, but they honestly should’ve beat Arizona in Pullman if it weren’t for an abysmal performance at the free throw line, and they kept up with Stanford on Saturday until the Cardinals closed out the final six minutes on a 17-2 run.

If the NIT happens this year, I’d expect them to be in it.

The Eastern men kept up with a lot of their power five opponents they played in non-conference and are 1-0 in Big Sky play. They’ve been on a COVID-19 pause for two weeks and have two big games this week against 9-1, 4-0 Southern Utah. The Eags were picked to win the Big Sky at the start of the season.

The Idaho women are also performing well. They are 5-1 in conference play currently and were also projected to win the Big Sky at the start of the year.

PLENTY TO DANCE ABOUT

We’ve had a handful of years that we’ve had three local teams go to the NCAA Tournament.

Probably the most notable year was 2007, when both the GU men’s and women’s teams along with WSU’s men’s team went dancing. GU’s teams were bounced in the first round, and WSU’s men’s team made the Sweet 16.

It’s really not far out of the realm of possibility that we could have four or five local teams in the NCAA Tournament this year between Gonzaga’s squads, the WSU women, the EWU men, and the Idaho women. Overall, we could have six teams going to post-season tournaments with the WSU men, if the NIT happens this year.

I’d imagine our local teams do much better overall in the NCAA Tournament this year as well compared to 2007, especially since we have a team that’s the favorite to win the national championship.

ENJOY IT WHILE YOU CAN

If you like sports, I strongly encourage you to soak these next three months in because I think they are going to be pretty special. 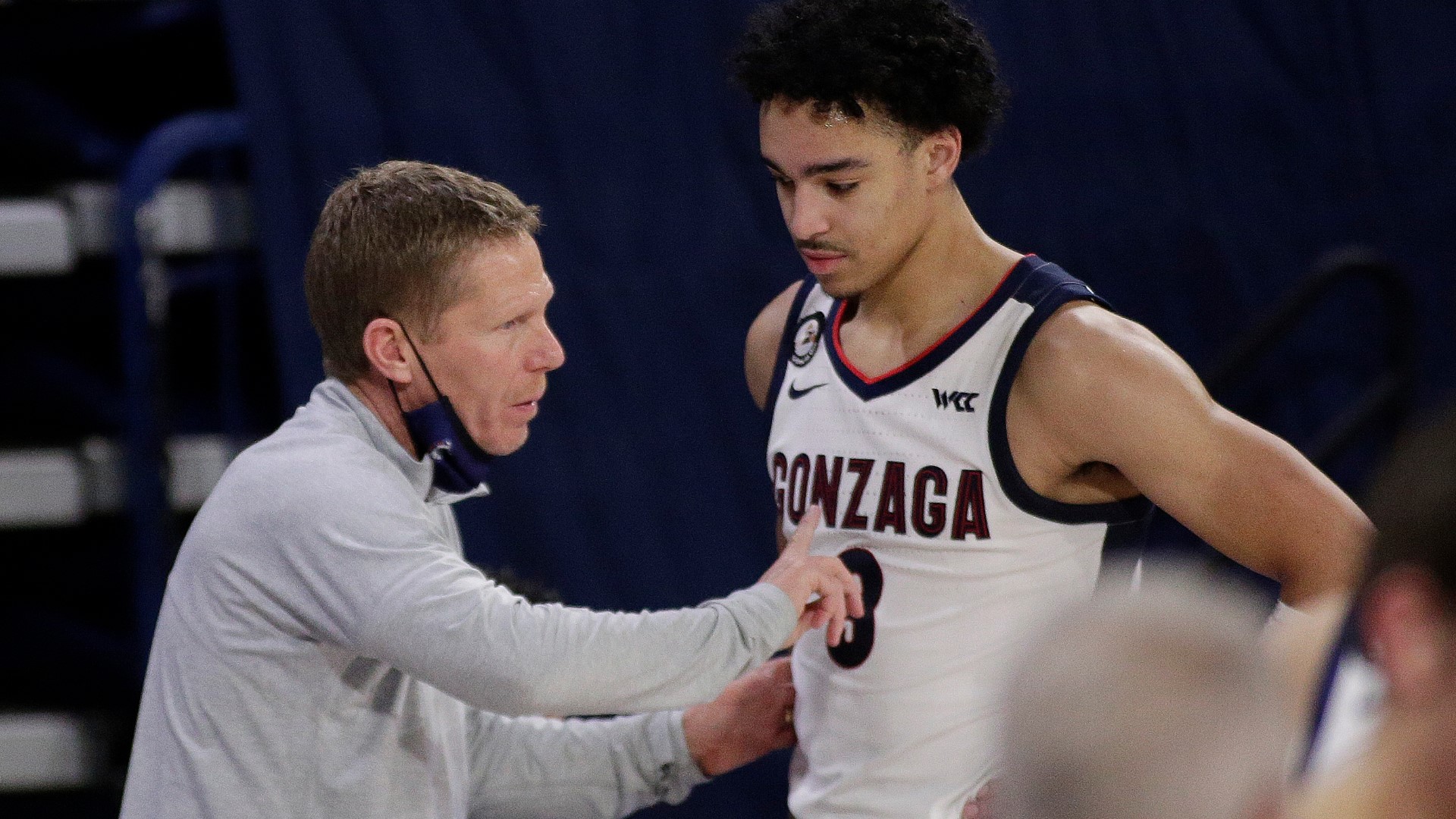