The pair have led WSU's offense this season. They also spend a ton of time together outside of WSU's backfield, as they live together as well. 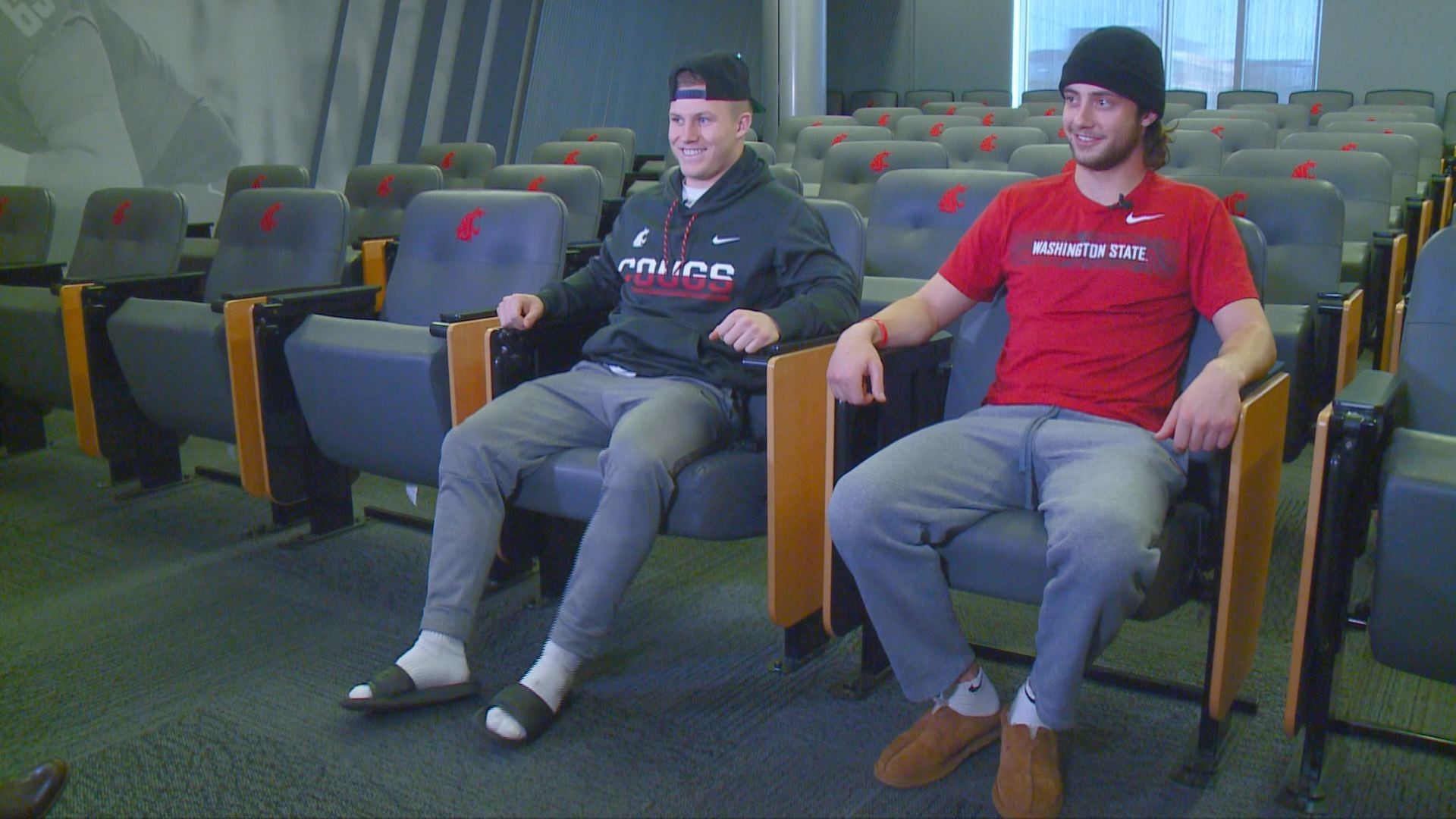 PULLMAN, Wash. — There's no denying where the heartbeat of WSU's offense is this season.

It starts in the backfield.

Anthony Gordon leads the nation in passing and Max Borghi is third in the Pac-12 in rushing and receiving yards combined.

Everyone had Borghi on their radar before the season.

Well, he was a relative unknown in the college football landscape.

"I was rooting for him all along," said Borghi of Gordon, who had to win WSU's starting QB job in fall camp. "He’s my roommate so to finally see him get the opportunity is pretty awesome, pretty surreal feeling. Just going out there and competing with your roommate, one of your best friends, it’s fun. It takes the game to another level for sure. It’s not some random quarterback I barely know. It’s someone I’m real close with so it’s definitely a great experience."

"The backfield of both of us is a beast you can’t stop. It’s pretty fun," reflected the sophomore running back. "I feel like we bring more juice being next to each other and playing with each other. We’re both such competitive people that when we’re out there it’s pretty fun."

"Our competitive mindset out there really takes flight during the game. I’ll start jawing and Max will join in and say a few things to the other team," said the senior quarterback. "We like to have fun back there and keep it light and keep all the guys engaged. A little trash talk here and there is kind of what keeps us going."

Gordon is cool and calm off of the field.

But when he's on it, he transforms into a different person.

"It’s all innocent trash talk. After the game I’ll go up to guys I was talking to and we’ll acknowledge what happens during the game. It’s all innocent fun," said Gordo, as his teammates call him. "Just as an competitor, I like to get a little boisterous out there and kind of let people know when things are going good. When things are going bad the other team likes to let me know too so it goes both ways."

"He’s a whole different person out in the field," said Borghi. "He’s pretty calm most of the time and then when we’re on the field I’m like, ‘Who is this guy? He’s funny.’ He’s a competitor and you can tell he loves to compete when he’s out there. Whatever it takes to get that win." 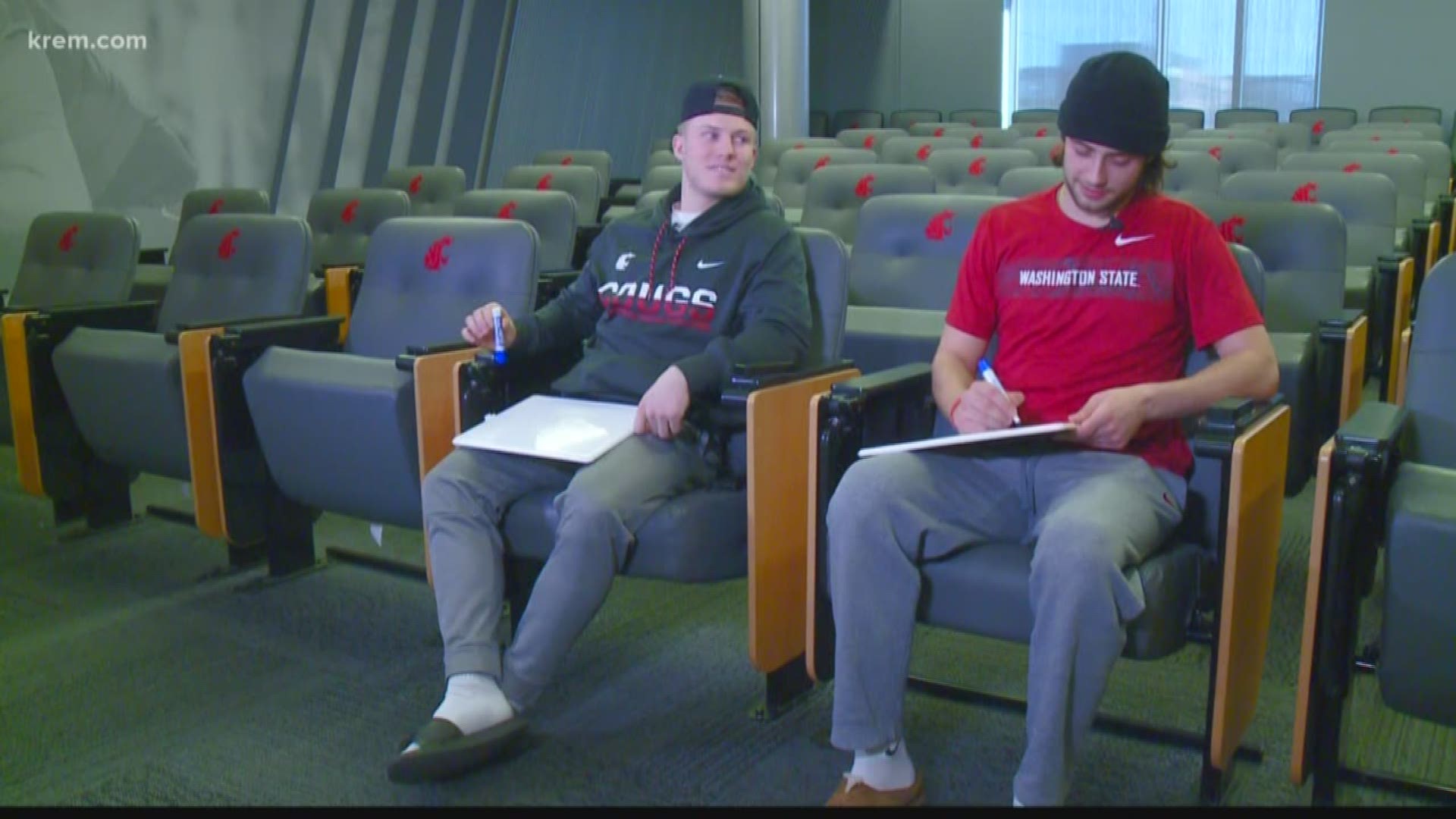 Watch the video above as Borghi and Gordon compete to see who knows the other better.

The duo will take the field for the last time together at the Cheez-It Bowl, which has them reminiscing on the past season.

"I’m going to miss competing every day with Max. Not only does he bring it during the games, he practices really hard and stuff like that. That relationship we have on and off the field, I’ll miss it," said Gordon.

"It’s fun playing with someone who’s a big competitor. It obviously elevates your game so I’m going to miss that," said Borghi. "He’s one of my good buddies. I’m going to miss playing with him. We’ve had a lot of good memories this season. It sucks that we only have one game left but just got to make the most of it and end on a good note."

"He’s the age of my younger brother, but I don’t even think of it like that at all," added Gordon. "Age or whatever doesn’t really matter. Max is one of my best friends."