An eight year drought, meaning not a single player on the WSU team has been able to hold the Apple Cup trophy. 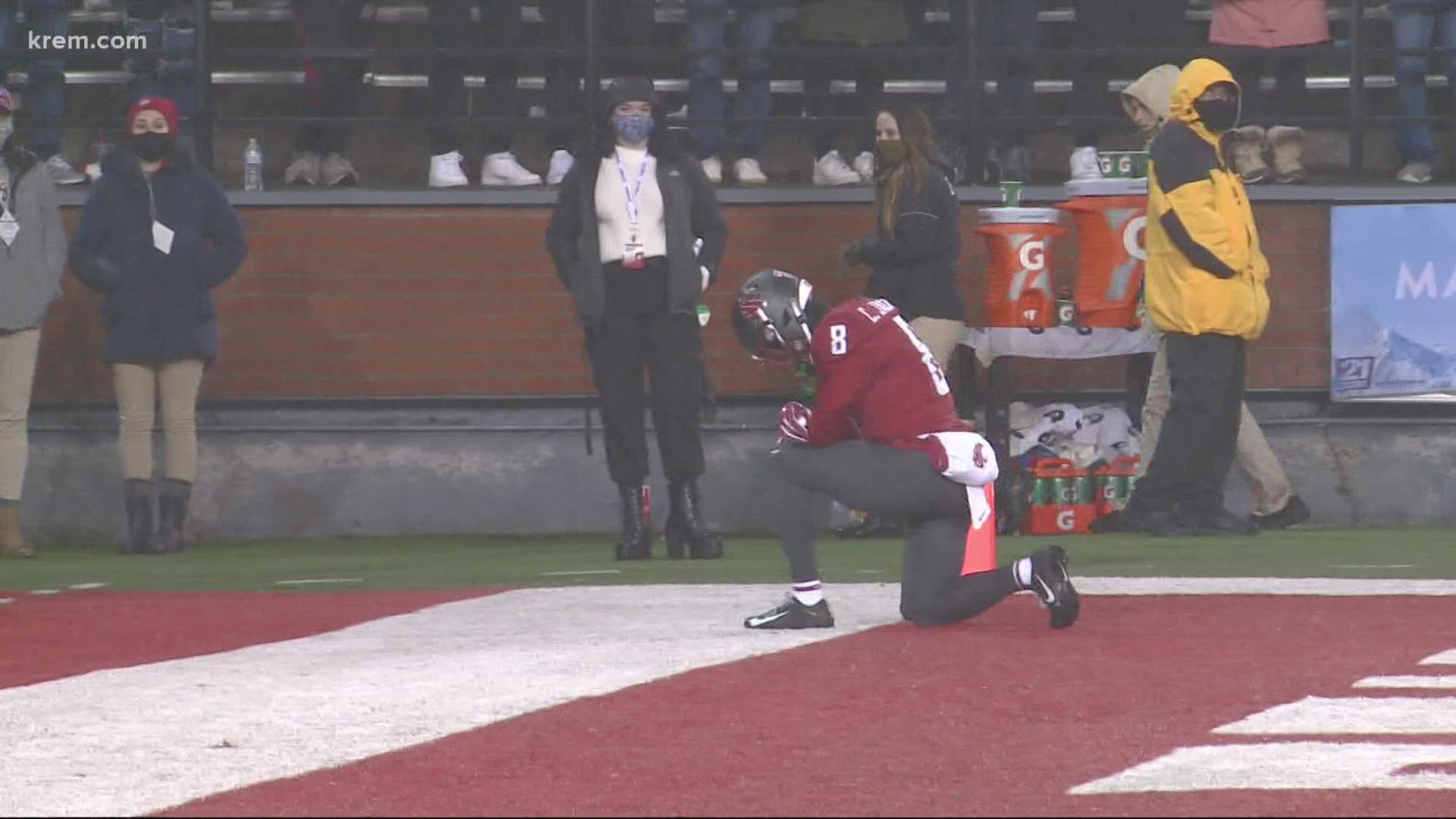 The last time Washington State won an Apple Cup was 2012.

An eight year drought, meaning not a single player on the WSU team has been able to hold the trophy. For the seniors, this is one last opportunity.

Moving forward has been a mantra interim head coach Jake Dickert has had since he took over the program in week eight of the season. He see's the Apple Cup the same way.

"At the end of the day like I said, we can't control the past. You know, we're trying to be one and oh. Right now we're going into this game zero and zero in the Apple Cup for the 2021 team," said Dickert. "I know it sounds like coach speak a little bit, but that's our mindset. There's no reason to add pressure to it. We know what we need to do, we know the energy and effort we that we're going to need to win this game."

There's even more on the line Friday night than bringing home the Apple Cup for Washington State.

With a win over Washington and an Oregon loss to Oregon State the Cougs who seemed destined for a dismal season after the firing of former head coach Nick Rolovich could sit atop the Pac-12 north and earn a berth into the Pac-12 Championship game.

"I Think it's exciting, but we don't control those things, we just control now. But, we've ultimately played ourselves into these situations. I've kind of talked about those over the last five weeks. We didn't start the season exactly how we wanted to, but we stayed the course and kept believing and we're here right now and just ready for the moment," said Dickert.

"I think we understand the position we're in and what we can do. But, we just gotta focus on this week and let the chips fall where they may," said Rogers.

Washington State at Washington will kickoff at 5 PM on Friday. 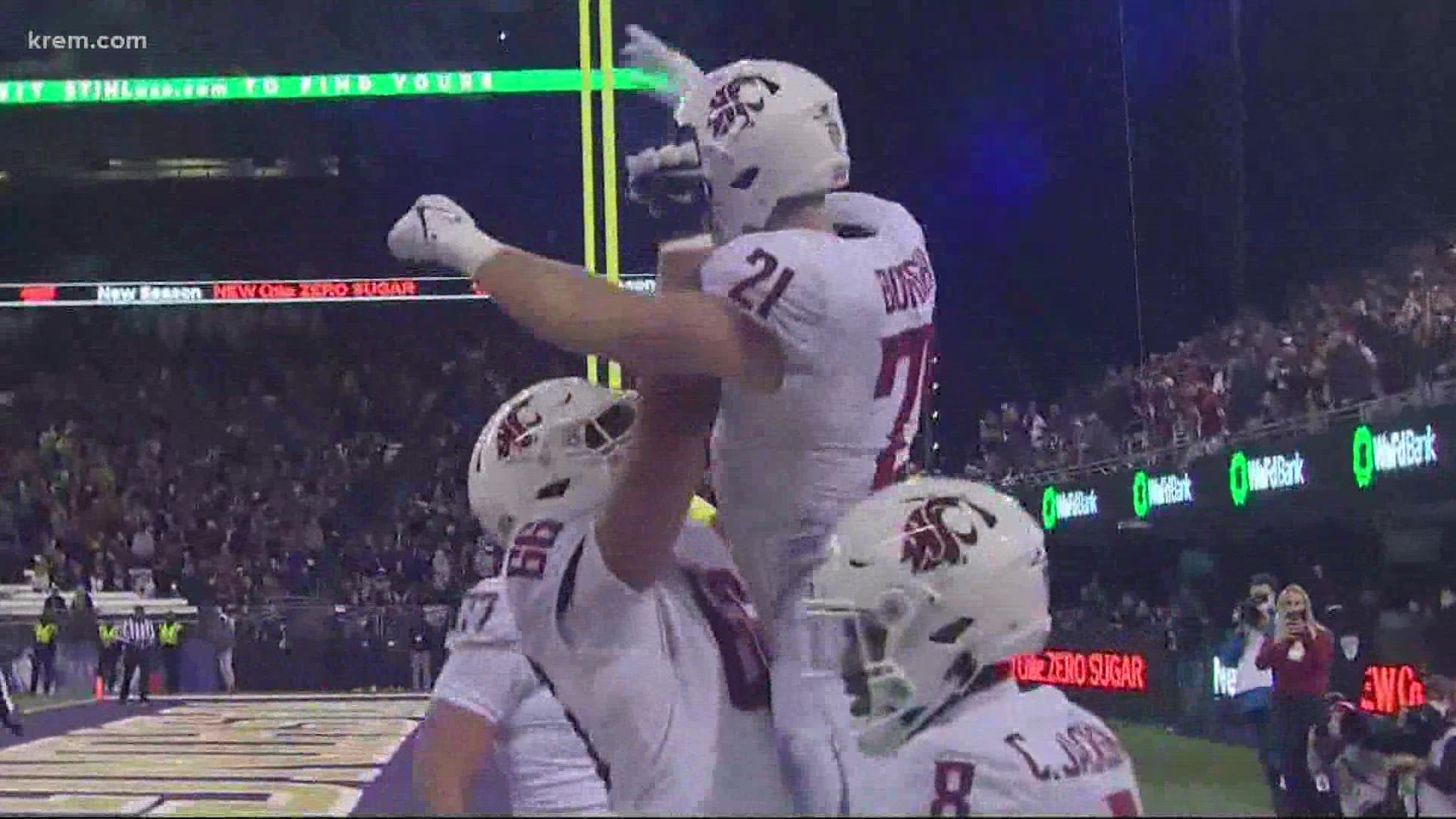