Hilinski's Hope to be featured on ESPN's E:60 Tuesday, October 22 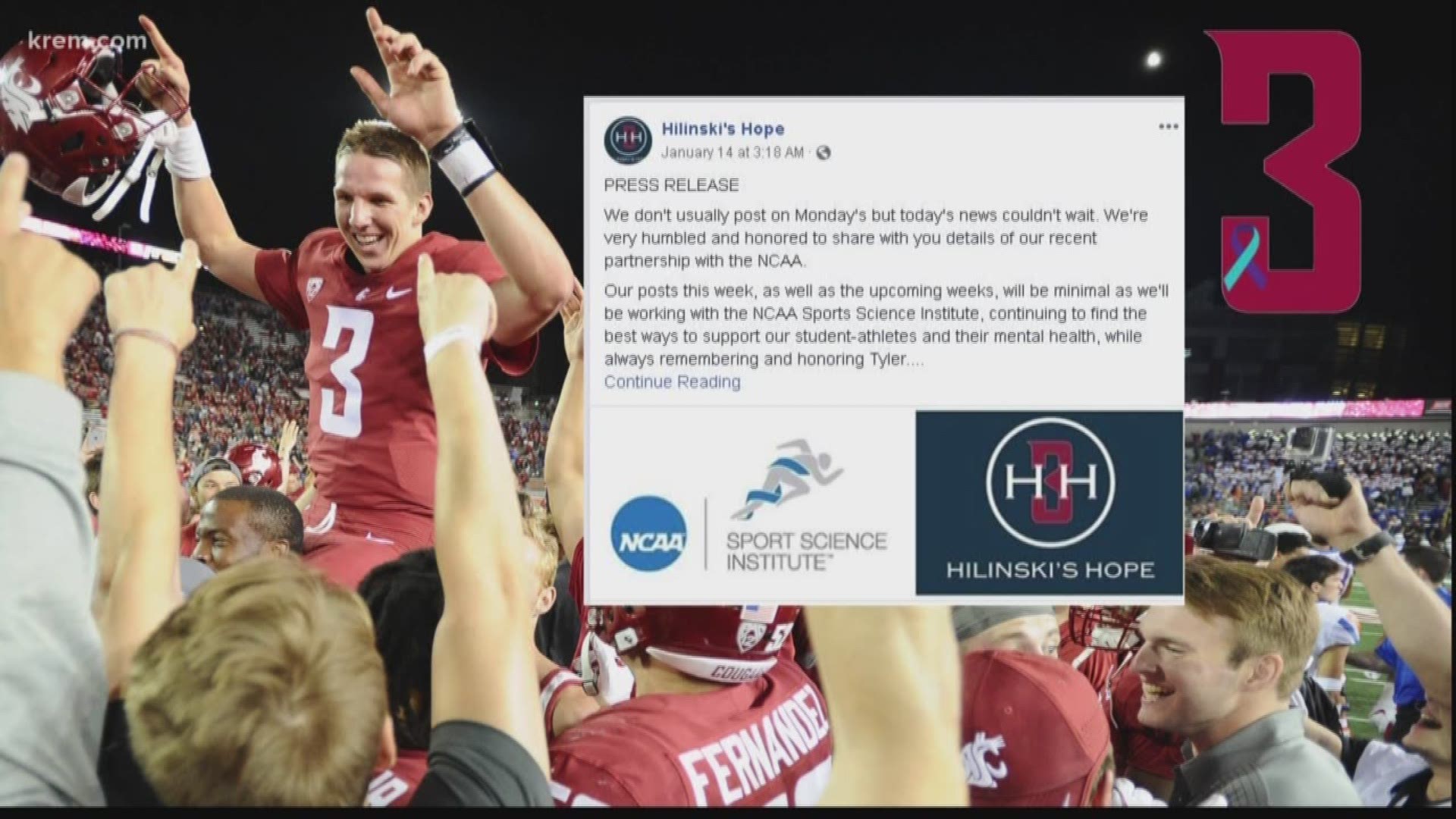 BRISTOL, Conn. — EDITOR'S NOTE: The above video is about the one year anniversary of Tyler Hilinksi's passing.

ESPN announced on Friday morning that Tyler Hilinski's brother Ryan will be featured on the network's program, E:60, next Tuesday.

Here is a quote from ESPN about the segment:

"Jen Lada sits down with South Carolina quarterback Ryan Hilinski in 'Hilinski’s Hope.' Hilinski, who helped the Gamecocks defeat No. 3-ranked Georgia last weekend, explains how the devastating loss of his brother Tyler impacted his life both on and off the field. Lada examines how Tyler’s story can help others who are battling mental illness."

The network also released a teaser video about the piece on Twitter Friday morning:

This comes in conjunction with WSU being featured on the HBO series, "24/7 College Football" on Wednesday. That show will be an hour long and air on HBO from 7 p.m. to 8 p.m. PT. The show will provide an inside look on how WSU prepares for a game week, specifically their game against Arizona State this Saturday.

Florida, Penn State, and Arizona State are the other three programs that have been featured on the show. Those episodes are now available, with the Cougs being the last program to be featured in the series.