Gardner Minshew returns to the spotlight

The quarterback will start the remainder of Jacksonville's games this season. 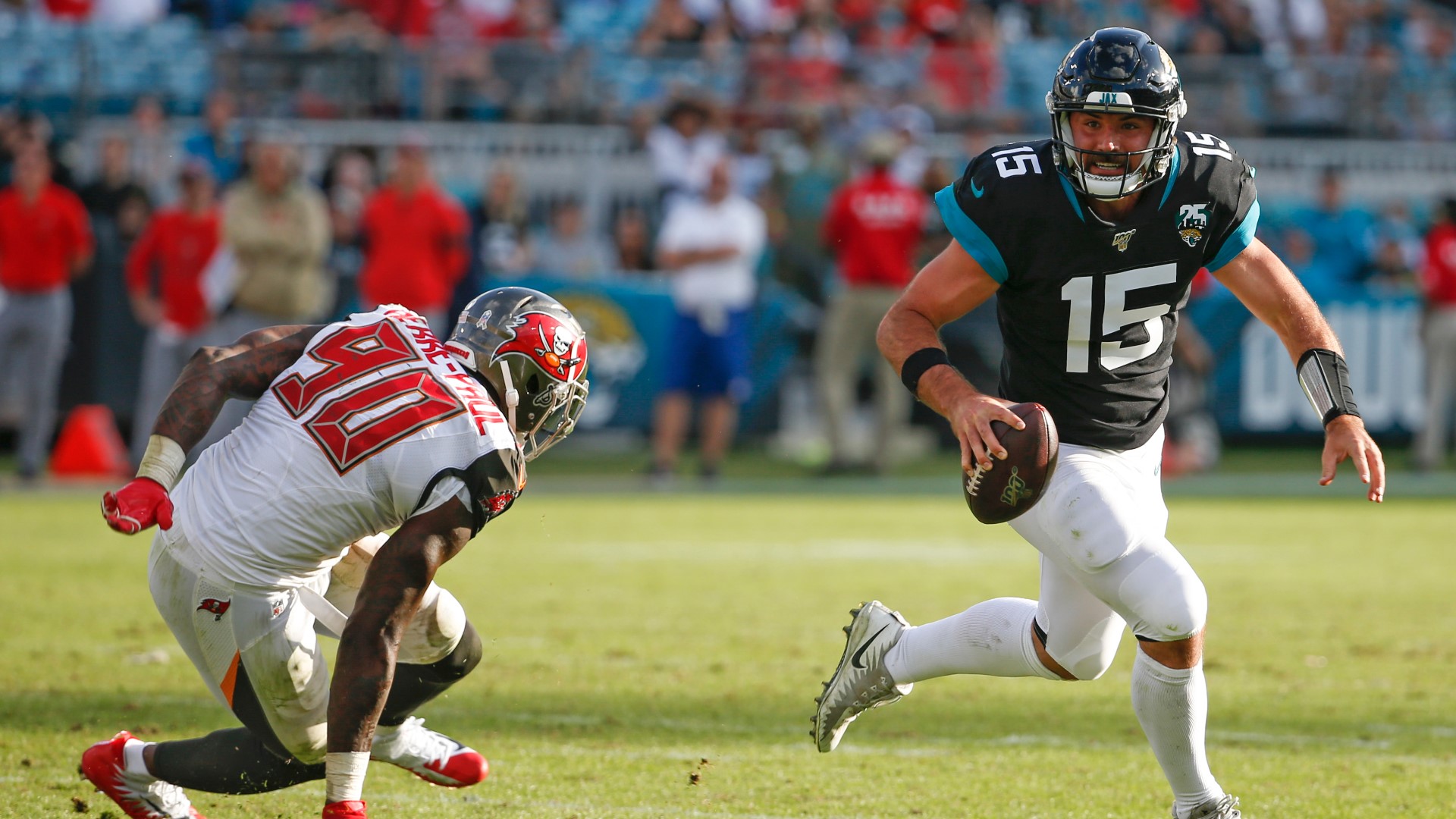 JACKSONVILLE, Fla. — There is a journalist in Jacksonville named Garry Smits.

If you've watched any of Gardner Minshew's podium pressers this year, you know there is a long running bit where Minshew calls Garry a name that sounds similar but is not his name.

That's how the Jags have felt the past few weeks without Minshew as the starter-Similar but not quite right.

Back at the podium today after being named the starter once again, things went back to normal for both Minshew... and Garry.

"Well, Harry it’s good to see you, man. It’s been a long time. I thought I’d forget your name but I didn’t," said Gardner with a chuckle after Smits asked a question.

Minshew replaced Nick Foles in the second half of the Jags' loss to Tampa Bay on Sunday. On Monday, he found out he'd be the starter for the rest of the season.

"I was excited, obviously, but I was hurting for Nick," said Minshew describing his reaction to the news. I know every group of QBs says they're tight or whatever, but it's true with us. We care about each other. Every drive he's out there I was praying, hoping he'd go score so all that booing and crap would stop. I know he's doing the same for me. He wants nothing but the best for me. That's all we want. We want to win games and whatever we've got to do to do that."

The former WSU quarterback sat out two and a half games in favor of returning starter Nick Foles. Although nobody wants to be benched, Minshew said there were some positives to watching Foles at the helm.

"Just learning how he operates. Not getting in the perfect play, but really getting out of bad plays and some of the stuff like that," said the Mississippi native. "Anytime I get to see how he leads is a good thing. I'm very appreciative for him and how he's taught me so much."

At 4-8 with four games to go, the Jags are firmly out of the playoff picture.

But if you watched the Cougs last year, you know that pretty much nothing stops Gardner's competitive spirit.

"I don't think there's any time at any point in a game where you're out there and you're thinking, 'Oh, we don't have anything to play for.' I'm playing to beat the crap out of the guy across from me. That doesn't matter whether we're in practice or whether we're in games. I don't need some kind of extra incentive to go out and compete. I think we have a lot of guys who think like that and we're not going to mail it in just because we don't have playoff expectations anymore."

Expect Gardner to put it all out there in the final four games of his rookie season.

And expect him to find more ways to mess up Garry's name, as well.