Kimes has been vocal on Twitter about her affinity for the former Cougar quarterback's skillset. 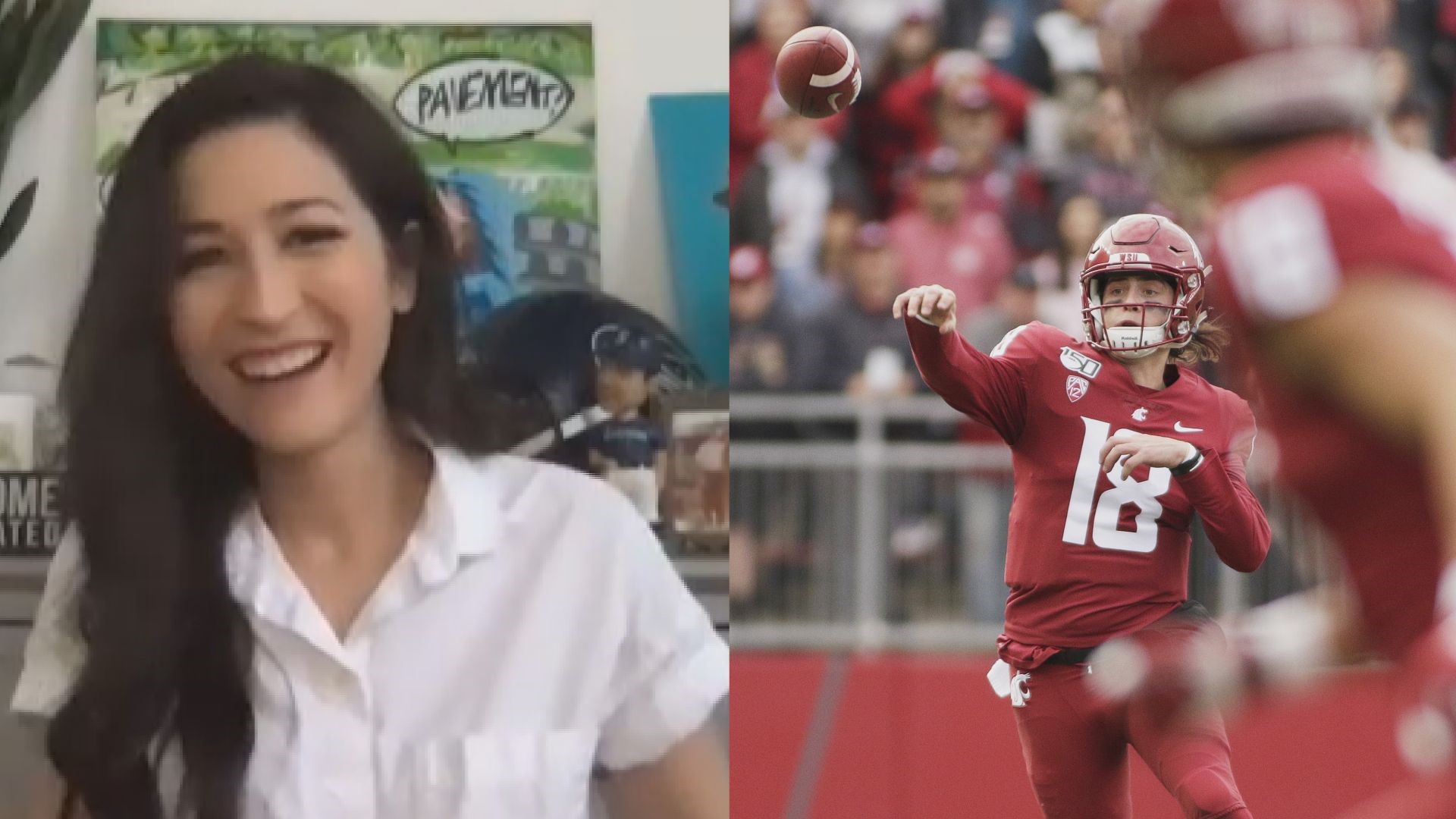 SEATTLE — There has been no national media member who has repped former WSU quarterback Anthony Gordon quite like ESPN’s Mina Kimes.

"You’re always looking for mid-round guys to get excited about especially at the quarterback position," said Mina. "He’s kind of a pre-draft fascination for me."

That fascination started when Mina watched a contest Anthony and the Cougs actually lost: Their game against Justin Herbert and Oregon.

"For me, sometimes when I go back and I watch a game where I’m watching for the quarterbacks you can sense when you feel more excited to watch. Like okay, let’s get to Anthony," she said. "Man, he made some boneheaded decisions that game too, and yet there was so much overwhelming excitement. It was more electric so I looked forward to watching him."

Like pretty much anyone who does NFL Draft analysis, Mina expected to watch Gordon’s name flash across the screen in the final day of the event.

"I really expected him to get drafted actually, and I was shocked when he didn’t," recalled the ESPN senior writer.

But that feeling quickly changed for Mina, as just minutes after the NFL Draft the former Cougar quarterback signed with the team she roots for: The Seattle Seahawks.

"I was thrilled," she said. "I do think it’s a great landing spot. It’s a great quarterbacks room to be in. There’s no one better to be around than Russell Wilson. Obviously they re-signed Geno Smith as their back up, but maybe next year he’ll be able to compete for that back up spot."

It does seem like an odd pairing in Seattle, as Gordon and Wilson are very different quarterbacks. Mina says the Seahawks probably picked Anthony up simply because he was the best quarterback available after the draft.

"If you actually watch you see a skill set, some natural abilities in particular, that transcend statistics. I imagine people in Seattle saw that as well. The play making, the poise under pressure, the arm. He’s got a fun arm. It’s very live, kind of whips. I imagine all of those attributes were ones that Seattle liked," said Kimes as she paused. "I’m surprised another team didn’t."

With the things she's tweeted about Gordon and the fact that he’s coming to Seattle, you may think she’s heard something from Anthony’s camp. That’s not exactly the case.

"I’m actually not even sure that I know what he looks like. Like I said, I’m only watching the tape. Does he look like Minshew? I don’t know," said Mina with a laugh. "I'm just looking at the height, the measurables."