Quarterbacks Gage Gubrud and Trey Tinsley split reps with the first team on the first day of camp. 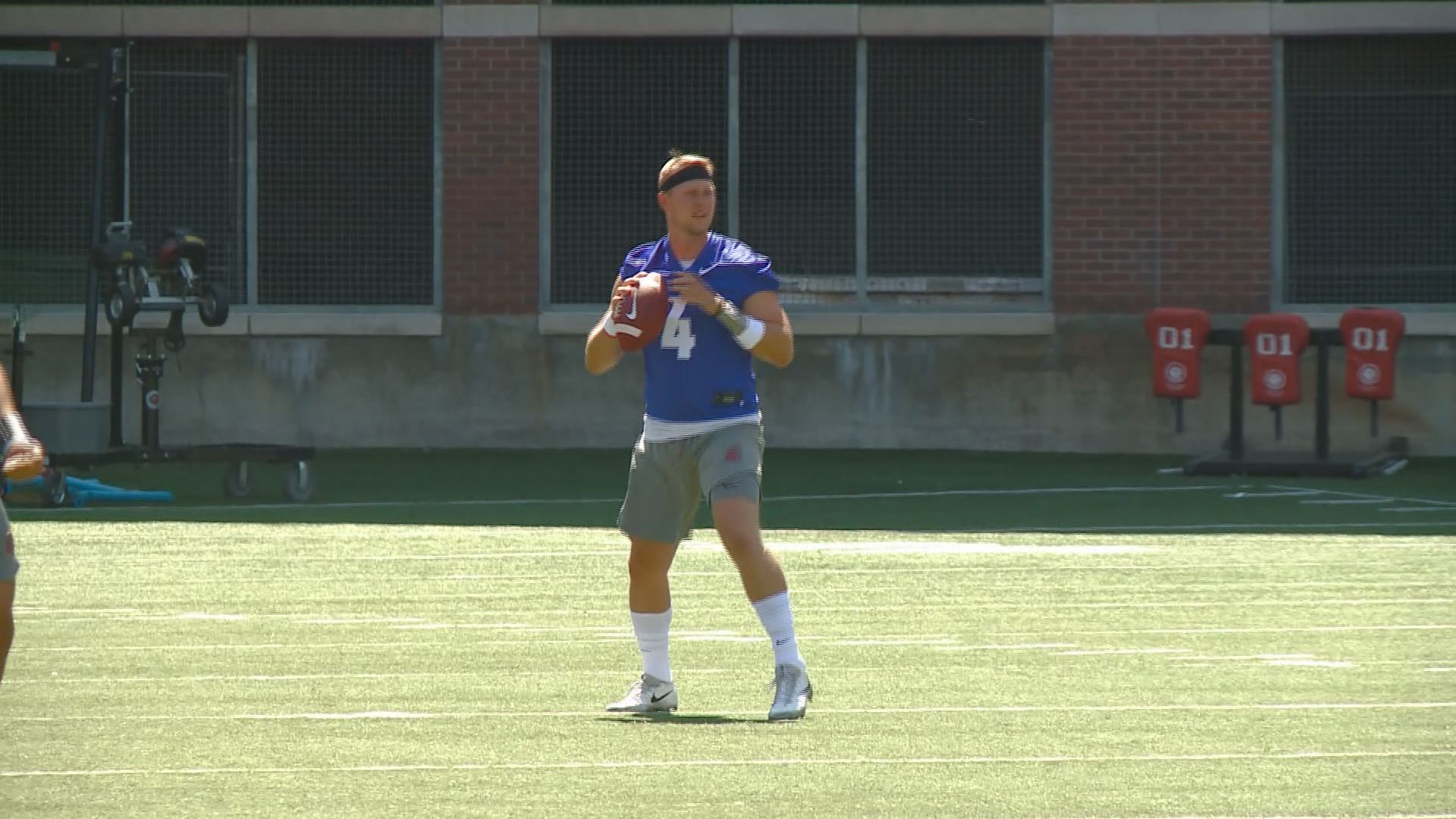 PULLMAN, Wash. — Last year, the biggest question in coming in to WSU football's fall camp was who is going to be the quarterback.

This year, the same questions persists with a slightly different cast of characters.

"I thought it was okay," said Leach of the first day of quarterback play. "I thought more positive than negative, but I expect them to be more polished a few practices from now."

"I thought I did okay," said Tinsley of his performance. "A lot of stuff to work on. Obviously it's the first day. I think all of us as a group need to get better day by day. I thought the offense as a whole did pretty well."

You may think that blocking for each quarterback may be different, but according to offensive lineman Liam Ryan that's not the case.

"Whoever's back there, you can put Max Borghi back there, we'll still block for him. We try to give the quarterback as much time as we can and pick up the first five however it comes. You can put anybody back there. We're going to block our butts off as long as we can."

Lucky for the quarterbacks, WSU's wide receiver position is as deep as it's ever been this year. It certainly helps to have reliable wide receivers in the midst of quarterback battle.

However Leach is more a critic of the group.

"Oh, we're plenty worried about them," remarked Leach. "None of these guys are in secure positions, and they better compete and win their job everyday. The other thing is we have about ten of them that can play, and we're going to play the best ones the most so the better play, the more snaps they'll get. I think it does help the quarterbacks."

Turning to the defensive side of the ball, who will lead that group is still a question. Mike Leach spoke highly of Skyler Thomas on his media conference call on Thursday. Thomas says he's ready to take the next step.

"Growing up, this was my dream. I always wanted to lead the team and lead defense. If the opportunity presents itself, I'm just going to take advantage of it."

"I'm more of the vocal, get on everybody, make sure everybody's doing the right thing," said Thomas of his leadership style.

Wazzu now transitions their camp to Lewiston for the next week. Their first day in pads will be August 7th.