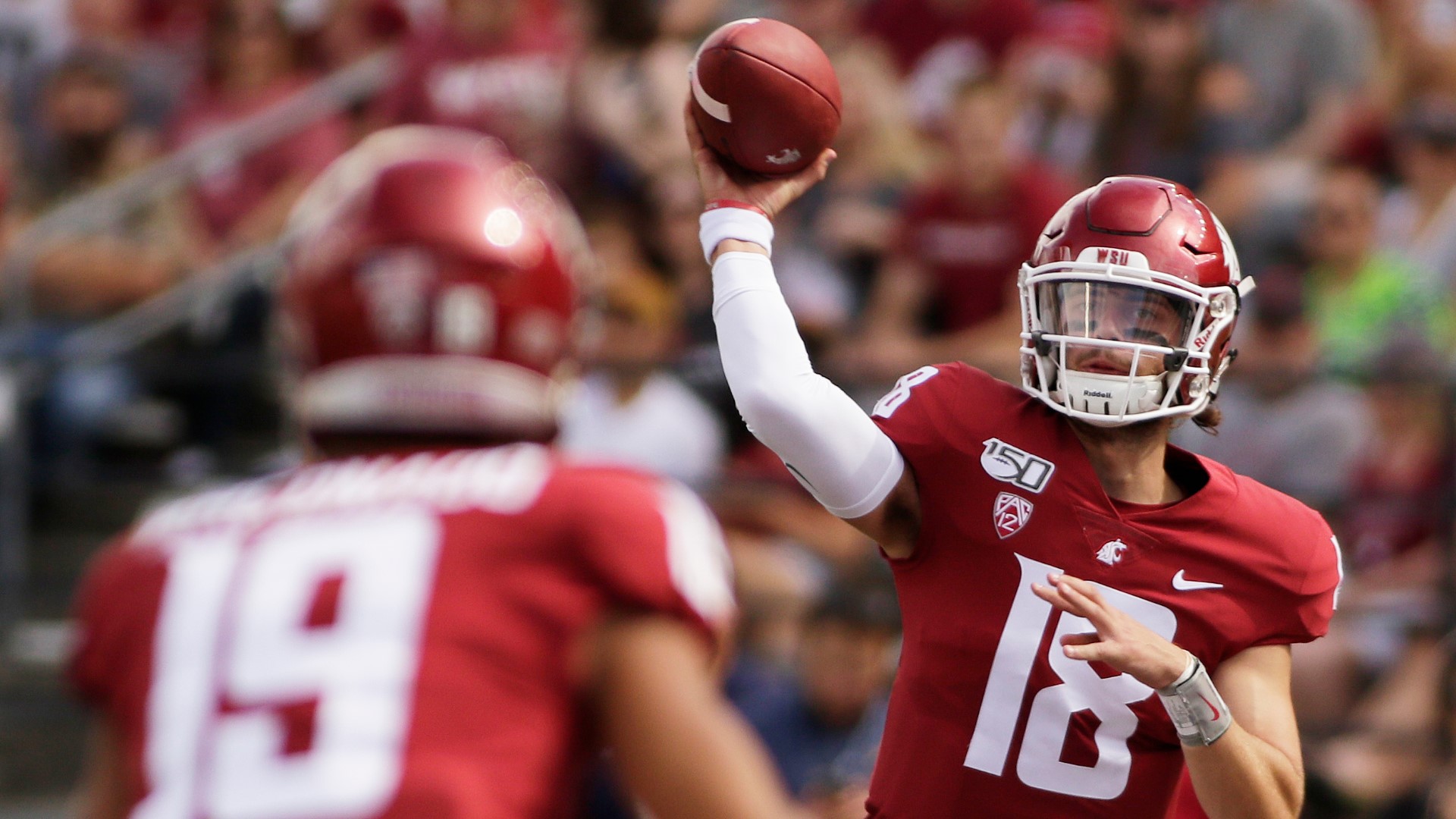 PULLMAN, Wash. — Before WSU’s fall camp started, nobody in the country was talking about Anthony Gordon.

Two weeks into the season and Gordon is now tied for first in the country for passing touchdowns and is 2nd in total offense and passing yards.

"My approach has been the same all along," said Gordon. "Just trying to prove myself every day. The QB1 tag doesn’t really mean as much. I’m just working on leading these boys and getting us victories."

Gordon didn’t know if he would ever get to lead though coming into August.

Before this season, he’d thrown five passes in a Cougars uniform-- one of which was an interception.

"Sticking it out just goes to show that perseverance is worth it," said the QB who has thrown nine touchdown passes over two games. "Washington State’s a great campus, great university and I wouldn’t want to leave this with the Air Raid and all that and knowing the possibilities if I stuck it out and worked hard.... Sometimes it takes a little longer than you hope but it’s all worth it in the end if you work hard and you achieve your dreams."

There was something else that also motivated Gordon to stay in it for the long haul.

"Just wanted to prove other people wrong. People who doubted me coming out of junior college and all that. Having a great team and great teammates it made it hard to leave and why would I want to leave with having best friends like this."

He’s got one goal for this season.

It’s simple, and it’s complicated, but at 2-0 he’s on the right track.