Dillard is projected to become the first WSU player to be drafted in the first round since Deone Bucannon in 2014. 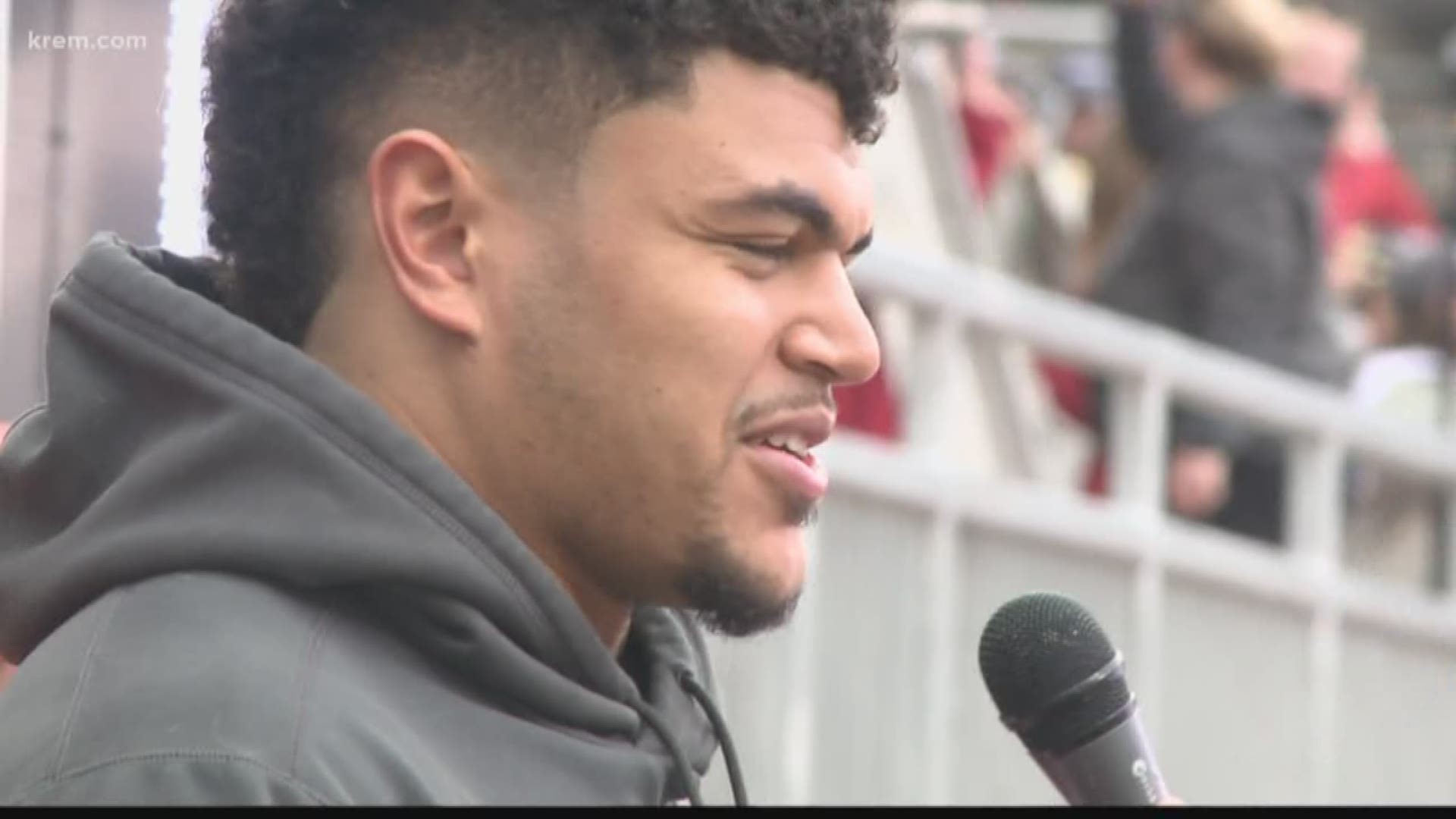 PULLMAN, Wash. — The last time a WSU player was drafted in the first round of the NFL Draft was 2014.

Andre Dillard is expected to buck end that drought come Thursday though.

Andre Dillard is definitely ready to know where home is.

“Between Pro Day and now, it’s just been a lot of flying around the country. Doing visits with the teams. Just kind of getting a feel for everything. They’re getting to know me a little bit. It’s been a long process.”

Just how many teams has Andre visited since WSU held their Pro Day on April 3rd?

You certainly can’t blame Dillard for feeling that way.

Another time he felt a bit scrambled?

When he found out that he’d been selected to attend the NFL Draft.

“I was in the middle of a little video game session and I got a call from a Dallas number. I was like, ‘Alright, I’ll take this,’ and he was like, ‘Hey this is Gil Brandt.’ I was like, ‘Oh my goodness.’ Paused the game real fast,” Dillard said with a chuckle.

Getting selected to attend the Draft in person means that the NFL sees you essentially as a lock for having your name announced on the first day.

The importance isn’t lost on the Woodinville native.

“It was a huge honor. I was completely shocked. They sent me the official invitation a couple weeks later and I was like, ‘Wow, I’m one of them. It’s real.’”

And as Dillard is just a few days away from everything really becoming real, he took a moment to reflect on where he has come from.

“I still can’t believe it honestly. It’s very surreal for me. First coming into Wazzu, I had no idea I’d be in the spot I’m in now. I just put in the work and played it day by day and next thing I knew I was standing right here and five days away from being on a team. I’m just like, ‘Wow.’ It’s amazing.”

WHERE DILLARD COULD END UP

Dillard’s draft stock is all over the board in the first round.

Athlon Sports last week projected Andre as the number one pick. That's a bit of a outlier obviously with Kyler Murray seeming to relatively be the consensus number one overall pick, but who knows.

There are a few mock drafts, including Sports Illustrated's, that have Dillard going to the Bills at #9.

Then even more that have him all over the board in the teens. Just remember that the Carolina Panther's general manager made the trek all the way to Pullman for Andre's Pro Day. The Panthers have the #16 pick. That's a pretty big gesture by a team right there and three of NFL.com's experts have him headed to Charlotte.

The lowest I saw Andre going was 23rd to the Texans. That was by CBS Sports. Bleacher Report had Dillard going to the Texans as the fifteenth pick, saying that the team will trade up to get him. NBC's Peter King also had the Texans trading up for Dillard. 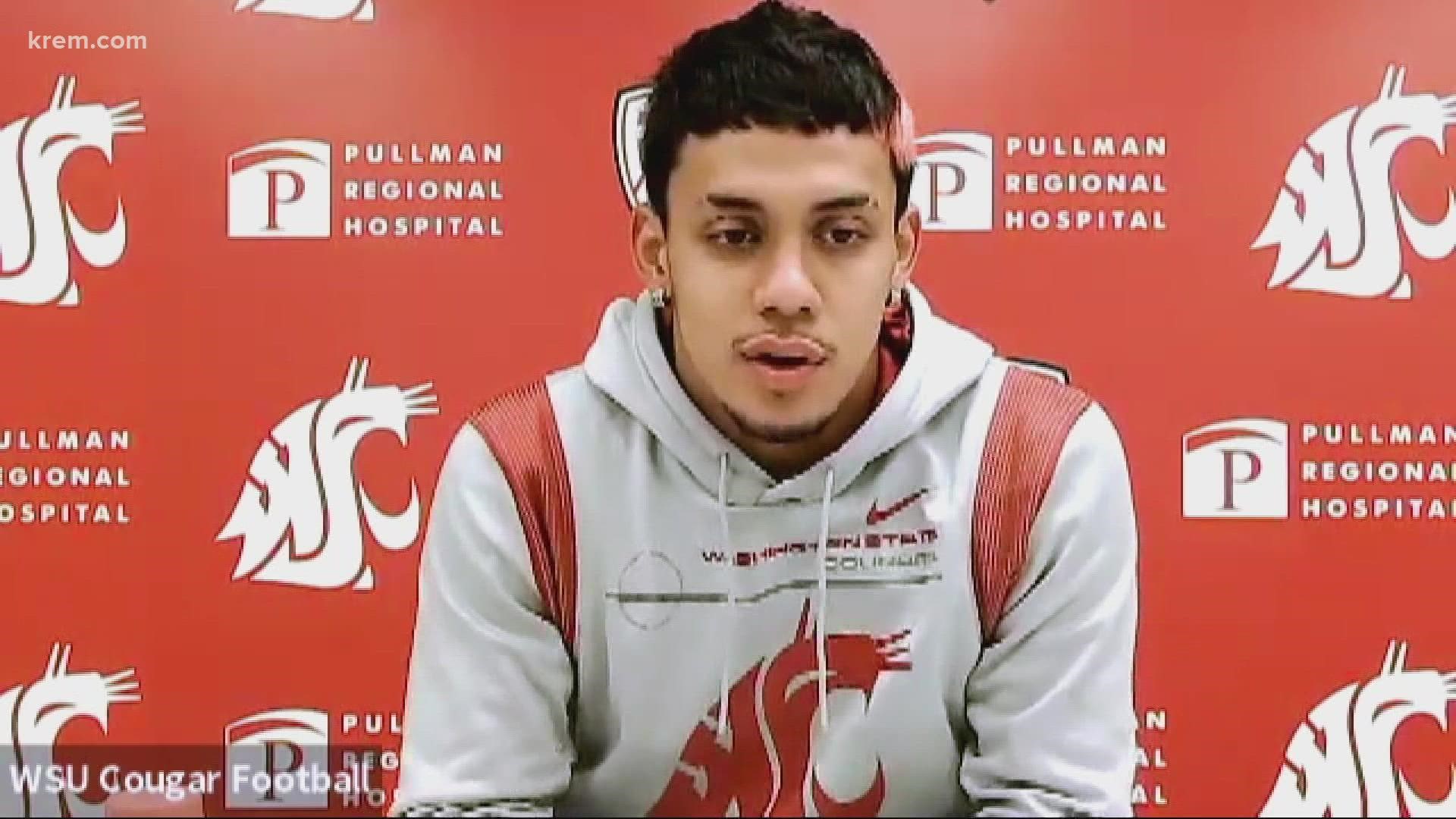