A look at some of the big moves during 'Early Signing Period.' 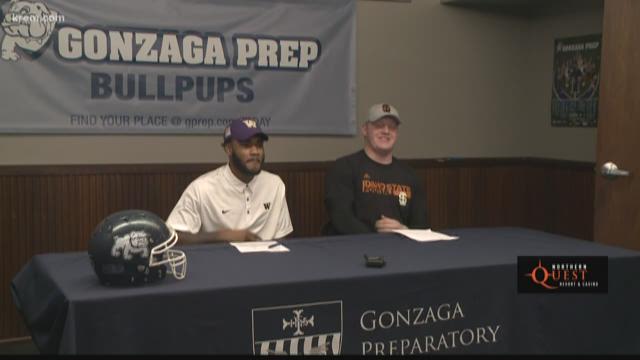 Thanks @colsonyankoff for surprising @_DevinCulp_ and being there when he signed his NLI. Looking forward to the next 4 years. pic.twitter.com/lsUs59VJRV

So, Culp and Yankoff are heading to the west side of the state while East Valley's Rodrick Fisher will represent the other side of the rivalry heading to Washington State.

The Army All-American wide receiver is one of the best stories to come out of our area in quite some time. Rodrick was adopted by Knights head coach Adam Fisher and excelled on-and-off the field ever since.

He was a pretty late-bloomer, as far as schools recruiting him goes, and WSU head coach Mike Leach thinks he struck gold in this one. Also, Fisher is happy to be staying close to home.

"It's a great feeling (to be near Spokane)," Fisher said. "I get to come home when I get the chances and stay more in touch. It's kind of wrapping up a long journey, so it's exciting."

Leach said, "I'm not going to say Rodrick is the fastest because somebody (in the recruiting class) might be faster, but it would be hard to find somebody faster than Rodrick Fisher and then when you consider how big he is it's all the more impressive." 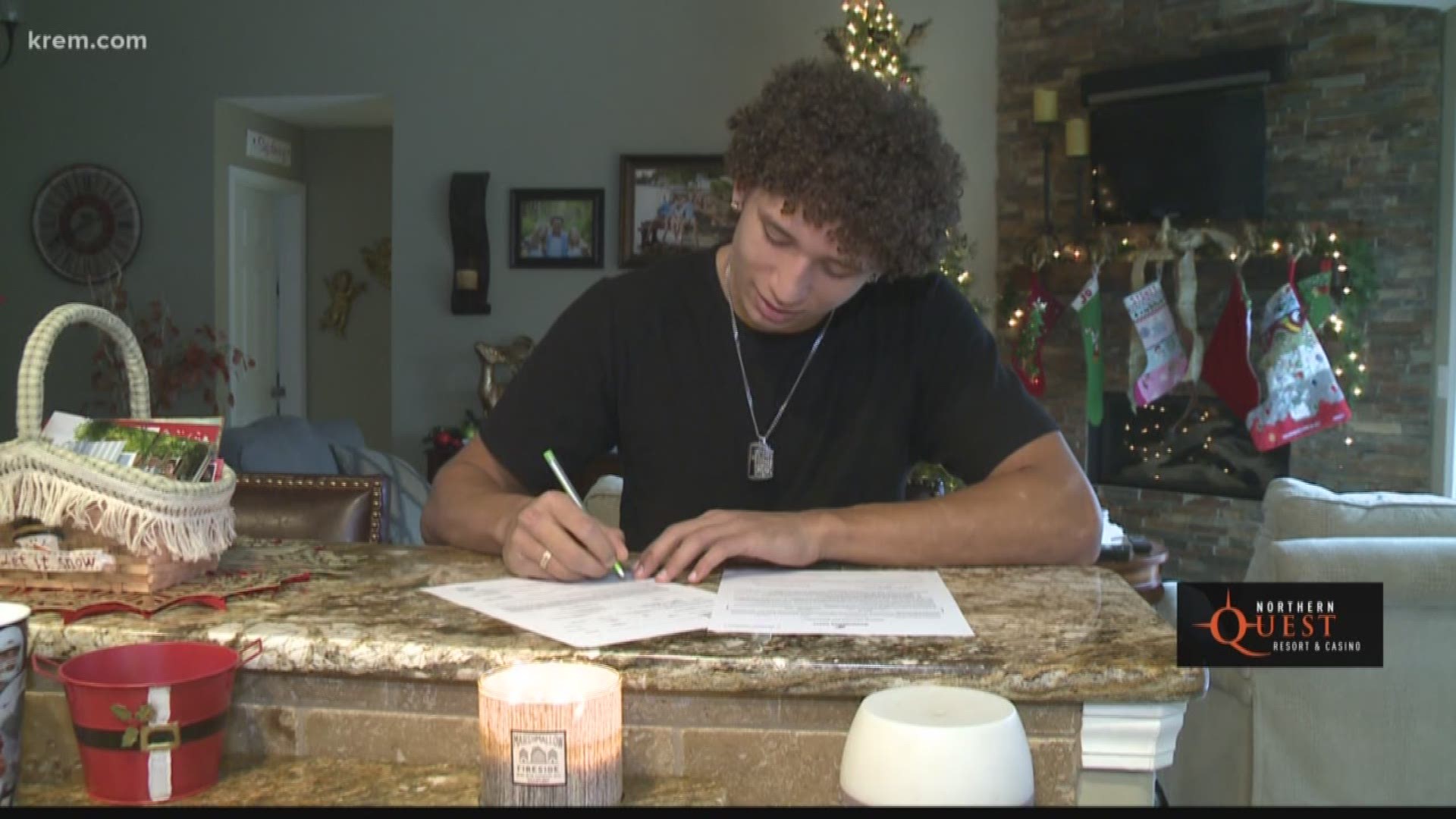 Fisher is just one of 18 players, as of Wednesday, officially signing with Washington State and at last check, Rivals.com has the Cougs recruiting class ranked No. 30 in the country which would be the third best in the PAC-12 and the highest rating for Washington State under Mike Leach (and for quite some time before Leach, too).

Now, this is a really good class on paper, but no one stands out more than quarterback Cammon Cooper. The Utah Gatorade Football Player of the Year threw for more than 4,700 yards with 58 touchdowns his senior year.

He is touted as one of Mike Leach's biggest grabs on the recruiting trail and there's a possibility he could compete for the starting job as early as next year. He is that good.

Cooper is ready to head to Pullman in January, along with Fisher, and start getting to work. Here's what Cooper had to say about choosing Washington State and Mike Leach's reactions about getting the 'Southpaw Slinger.'

"So, my offense runs a very similar to Washington State right now. That had a factor into (coming to WSU)," Cooper said. "I mean, I really want to throw the ball and they do it the most. LeHi is kind of the same small-town feel as Pullman and I really felt like home up there."

Leach said, "From the beginning we thought Cammon Cooper can play because the fact he's a statuesque passing quarterback, he's fast and runs the 200 meters. I think he's the best (quarterback recruit) in the country this year." 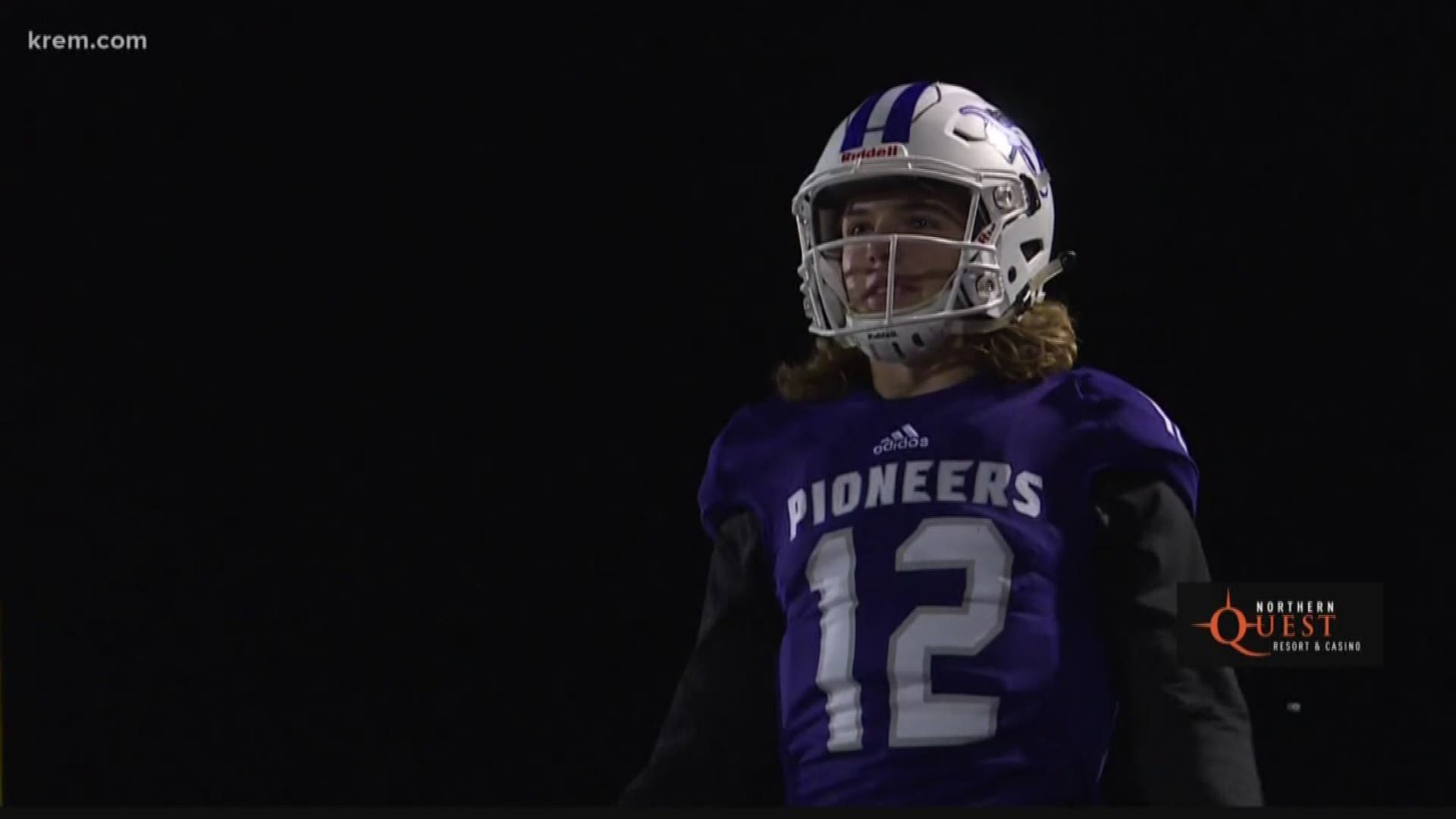 Across the state border, Idaho inks 12 players as the program transitions back to FCS football. Vandals head coach Paul Petrino said via a press release that he brought in a good mix of experienced guys who will be ready to play college football fairly quickly.

The Idaho head coach was proud he canvassed six states to land 12 of his guys, but he made specific note of West Valley's Connor Whitney who he calls the 'best player in Spokane.' That's high praise from Paul Petrino on the one-time GNL defensive MVP. 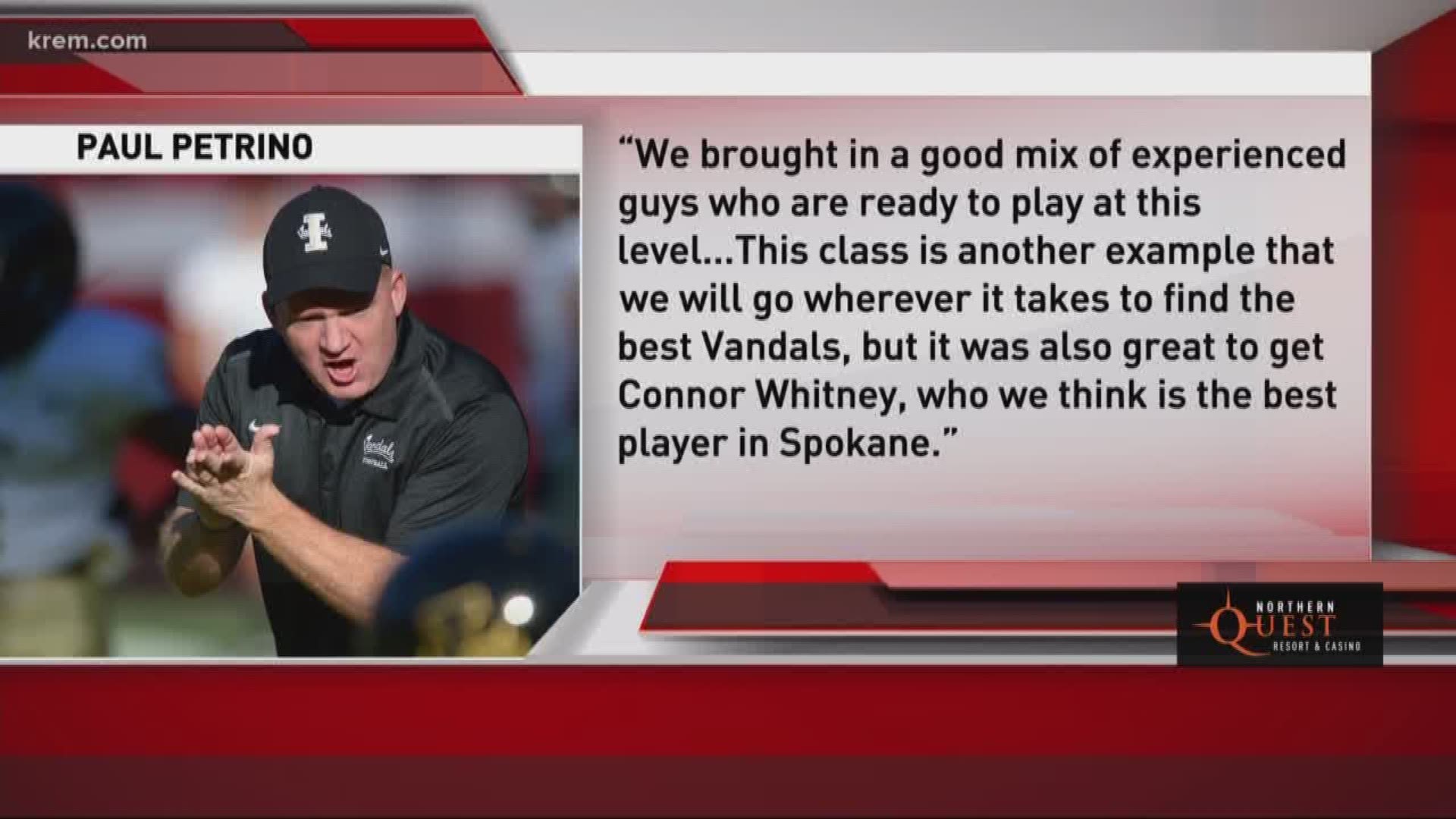 Unlike Petrino, the Eags are staying in-state for the 'Early Signing Period.' Eastrern Washington head coach Aaron Best has seven high school recruits coming to Cheney including one transfer from Navy. Out of the eight new players, seven have roots in the state of Washington with Risona Ama coming out of Mt. Spokane.

"At the end of the day, I think the most important thing about this signing period is the fact these (recruits) wanted to be Eagles and they didn't have to wait until February to officially do so," Best said. "Being a former Eagle myself, to get in 'The Nest' as soon as you can is the best way to go about it." 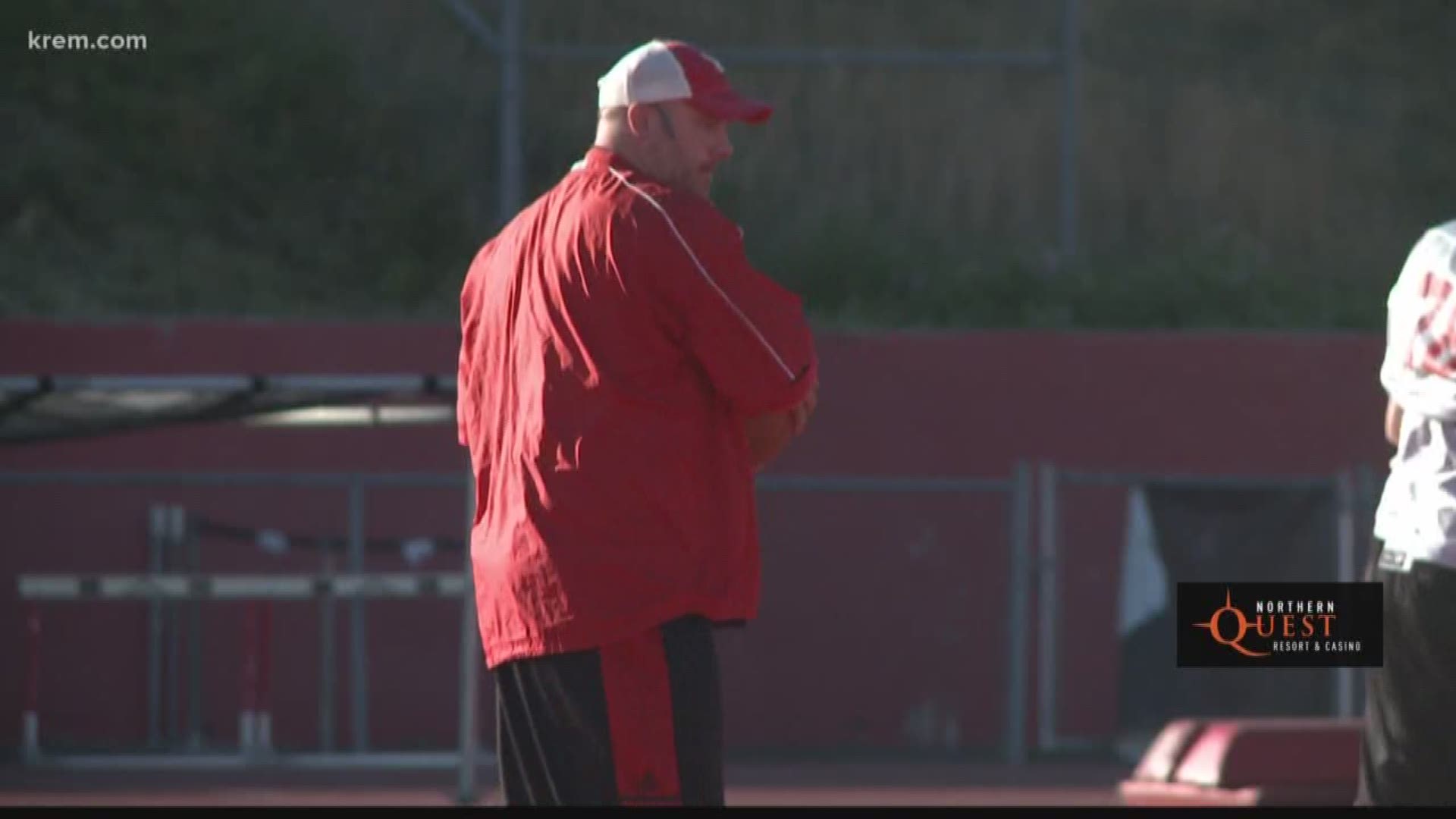