WSU football coach Nick Rolovich said he plans “on following the state’s [COVID-19 vaccine] mandate” after previously saying he would not get the vaccine. 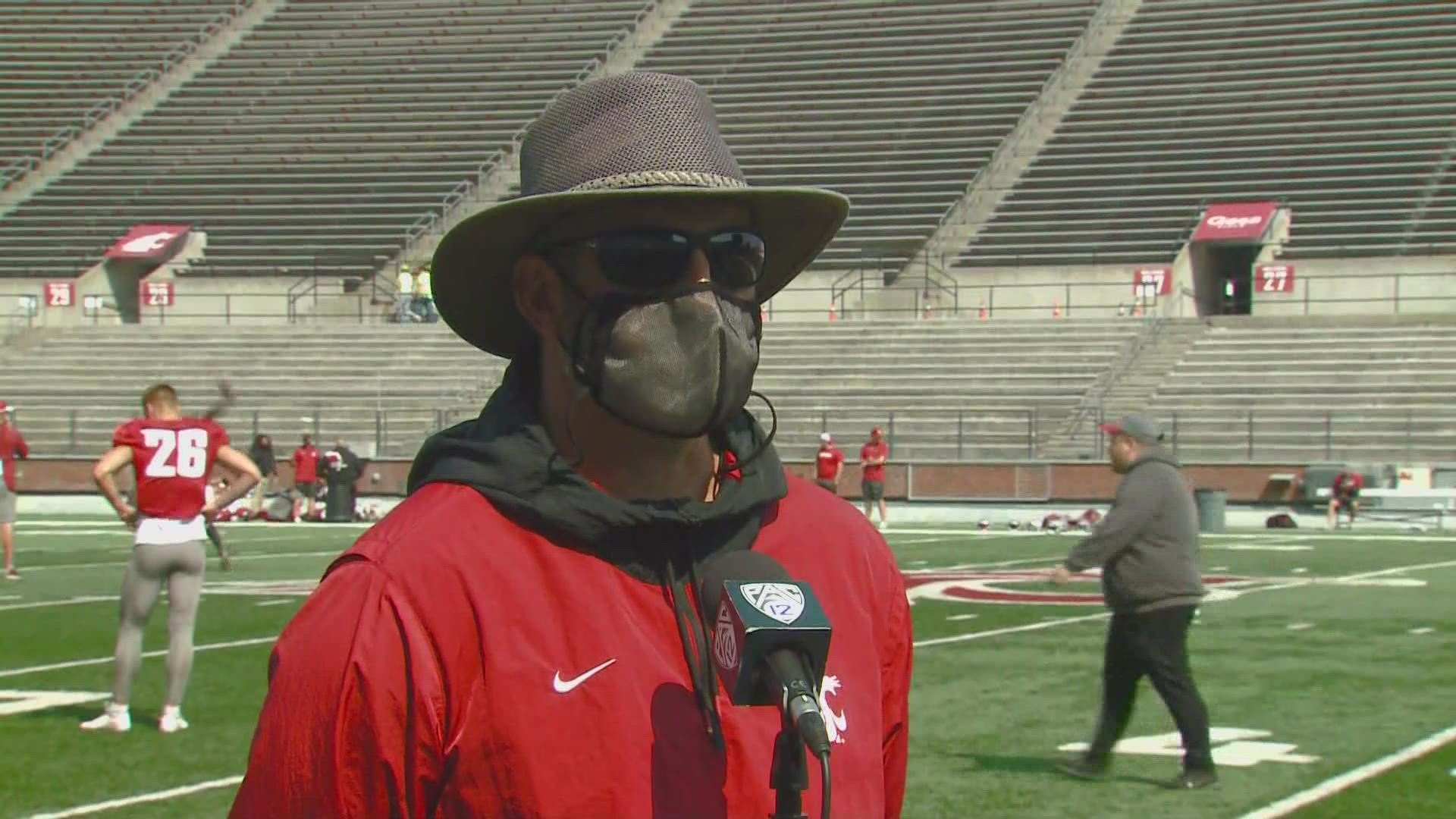 Washington State University Head Football Coach Nick Rolovich said he intends to follow a new state mandate requiring COVID-19 vaccinations for all those working at the state’s colleges and universities, including coaches.

Rolovich had said previously that he was not going to get the vaccine for personal reasons and did not explicitly say during a Thursday media availability that he would receive a shot, only that he would follow the state mandate.

The mandate announced by Washington Gov. Jay Inslee also covers public, charter and private school teachers and staff. It allows for religious or medical exemptions but does not allow for a weekly testing alternative, and those who are not fully vaccinated by Oct. 18 risk losing their jobs.

The vaccine requirement does not include a personal exemption, which many believe was what Rolovich was citing privately to get out of taking the vaccine that was already required by WSU for students, faculty, and staff.

Here is everything Rolovich had to say today about Governor Inslee's vaccine mandate for higher education employees. On him and his unvaccinated staff having to get vaccinated:

"It's what the deal is." pic.twitter.com/J9YhjqiaZy

Rolovich is the highest paid employee in the state of Washington with his salary last year being $3,195,500, which means he will be under extra scrutiny to receive the vaccine.

Rolovich has repeatedly stated that his reason for not getting the vaccine is private and that he will not be talking about it publicly.

"I plan on adhering to all policies that are implemented for the unvaccinated," Rolovich said during his 11-and-a-half-minute opening statement at Pac-12 media day. "I'm not against vaccinations, and I wholeheartedly support those who choose to be vaccinated, including our players, staff, and coaches... I think we all know this virus is deadly, and these vaccines are free. I urge everyone to consider being vaccinated. I do."