The dunk was named the #1 play of the night for SportsCenter's Top 10. 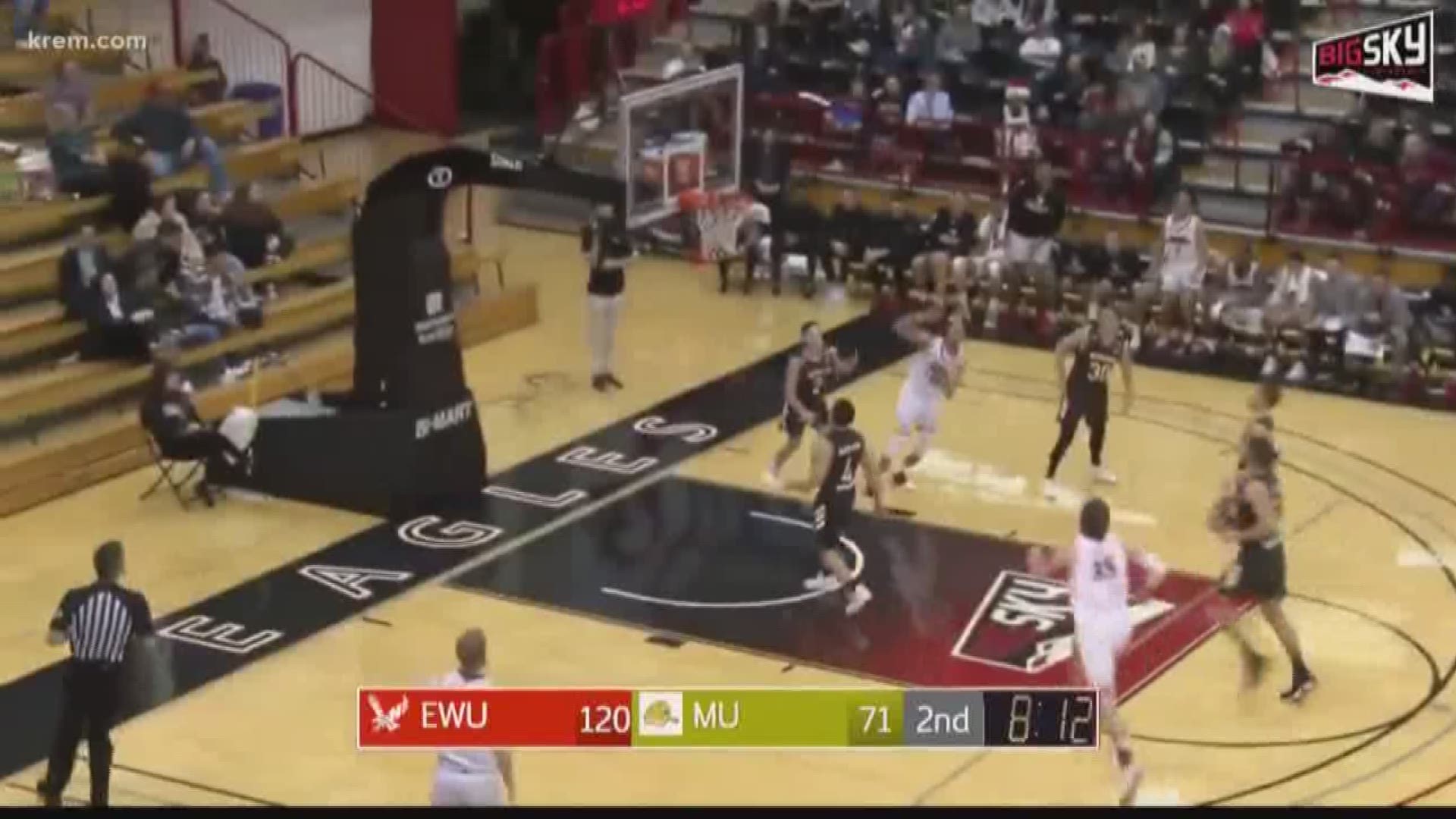 CHENEY, Wash. — Eastern Washington broke their single game school record on Friday night, defeating NAIA Multnomah 146-89, but one moment in the game has stolen the show.

Eastern Washington sophomore and Shadle Park alum Tanner Groves flew to the rim after a missed shot with 8:10 to go in the game and threw down a monster slam. As of publishing this article, the video was approaching 400k views. The video had been online for an hour and a half.

Groves finished with 7-of-12 shooting at 17 points, but that moment stood above the rest.