Billups, 44, is the 15th head coach to lead the Portland Trail Blazers. 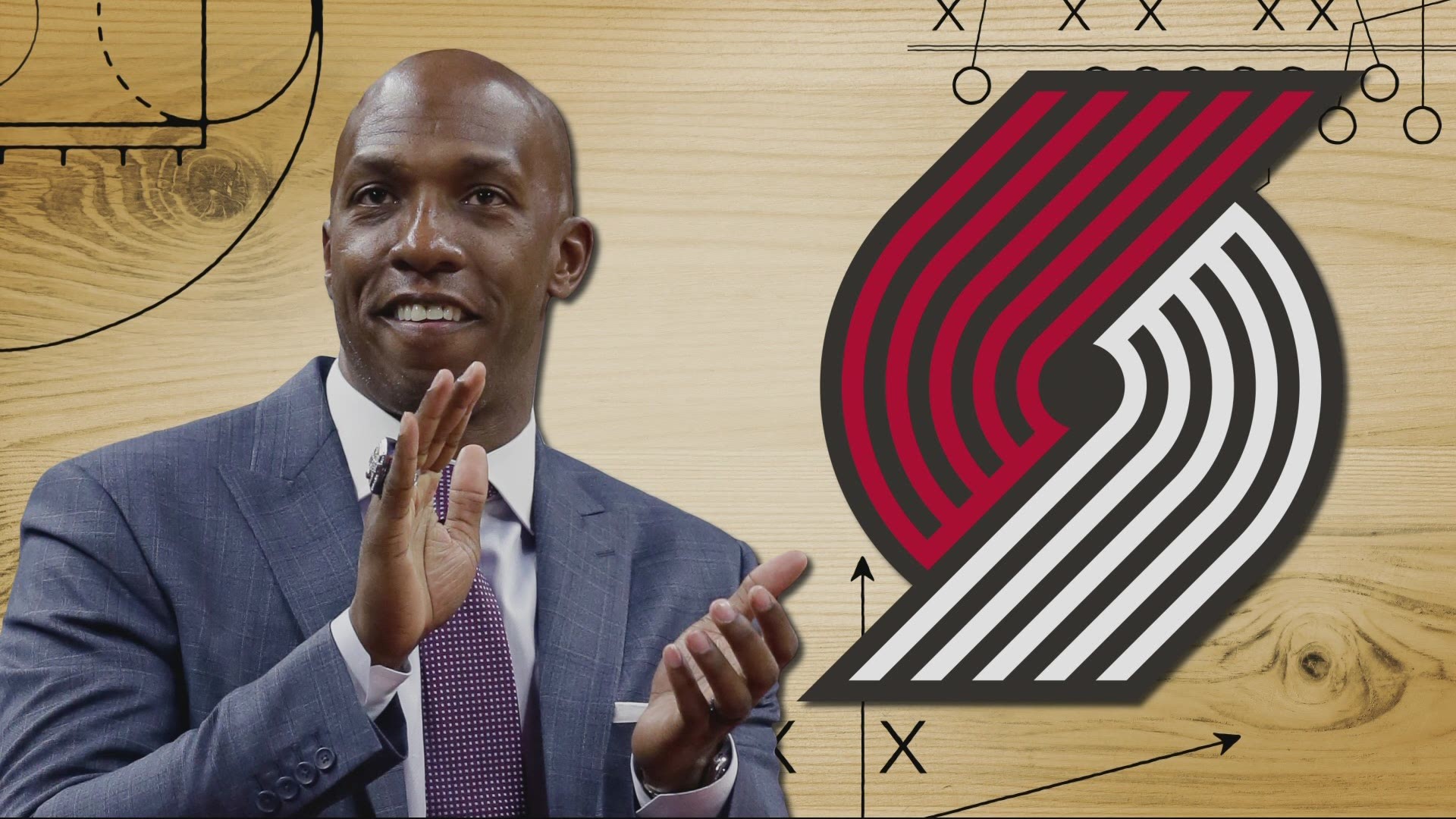 PORTLAND, Ore — The Portland Trail Blazers announced the hiring of Chauncey Billups as their new head coach on Sunday. ESPN's Adrian Wojnarowski reported that the deal was a five-year contract that includes a team option on the fifth year.

Billups, 44, is the 15th head coach to lead the team. He's currently an assistant coach for the Los Angeles Clippers in his first year as an NBA coach. The Clippers are in the Western Conference Finals against the Phoenix Suns.

The team introduced Billups at a news conference in Portland on Tuesday. Watch the press conference below:

"Chauncey is a proven leader with an elite basketball IQ that has won everywhere he has been,” said Trail Blazers president of basketball operations Neil Olshey. “He is prepared for the challenge of developing the championship habits and strategic approach we need to achieve the expectations and goals for our franchise.”

Billups played 17 seasons in the NBA, including eight seasons for the Detroit Pistons and five seasons for the Denver Nuggets. He was named NBA Finals MVP in 2004 after helping the Pistons beat the Los Angeles Lakers.

NBA reporter Sean Highkin said Billups has a history with the Blazers' general manager Neil Olshey dating back to 2011 when Olshey, then the general manager of the Clippers, signed Billups near the end of his playing career. Billups played two seasons in Los Angeles.

"I'm very excited and humbled to be the next coach of the Trail Blazers," said Billups. "Portland is a special place and a unique franchise. As a player, I always loved playing here because the passion and knowledge of the fans brought out the very best in me as a competitor. Now, I'm looking forward to being on the other side of that energy and engaging with the Portland community on a whole other level.”

As a part of head coach Tyronn Lue’s staff, Billups helped coach the Clippers to a regular season record of 47-25 and a playoff run that currently has the Clippers in the Western Conference Finals.

"I want to thank Jody Allen, Bert Kolde and Neil Olshey for their trust and for giving me this incredible opportunity,” Billups said. “And, most importantly, I want to say to the fans that I know what this team means to you, and I promise to pour every ounce into continuing to make you proud of what the Trail Blazers stand for."

The hiring of Billups hasn't come without controversy. In 1997, during his rookie season with the Boston Celtics, Billups was accused of rape. He has denied the accusations, no charges were filed and the case was settled out of court. Wojnarowski reported Sunday that the Blazers investigated the 1997 rape allegation against Billups.

"Billups encouraged the examination, sources said, and his answers in several conversations with Blazers officials aligned with findings from an independent investigation, sources said. The Blazers ultimately found nothing that they believed disqualified Billups from becoming the franchise's new head coach," Wojnarowksi wrote.

The sexual assault allegation has prompted negative reaction from a portion of the Blazers' fan base. Some fans even directed their anger at star point guard Damian Lillard.

Really? I was asked what coaches I like of the names I “heard” and I named them. Sorry I wasn’t aware of their history I didn’t read the news when I was 7/8yrs old. I don’t support Those things … but if this the route y’all wana come at me… say less https://t.co/N1GPkX3Ohd

On Sunday, Yahoo Sports NBA reporter Chris Haynes reported that the backlash about the coaching hire and concerns about the front office's ability to build a championship contender around him could push Lillard to leave Portland.

"Lillard has remained loyal to Portland in large part due to the tremendous fan base," Haynes wrote. "But over the last few days, he’s seen some of those same fans attacking him on social media for a pending coaching hire he played no part in consummating, sources said."

Earlier this month, Lillard told Yahoo Sports and The Athletic that he favored Kidd or Billups to replace outgoing head coach Terry Stotts.

The Blazers parted ways with former head coach Terry Stotts earlier this month their fourth first-round playoffs exit in the past five seasons.

In his nine seasons with the Blazers, Stotts became the second-winningest coach in franchise history, leading the team to eight consecutive playoffs appearances.

“Chauncey is a proven and consistent winner with NBA championship experience as an All-NBA player,” said Blazers owner Jody Allen. “He has demonstrated throughout his career, first as a player, and currently as an Assistant Coach a unique ability to lead. We are very happy to welcome him to Portland."