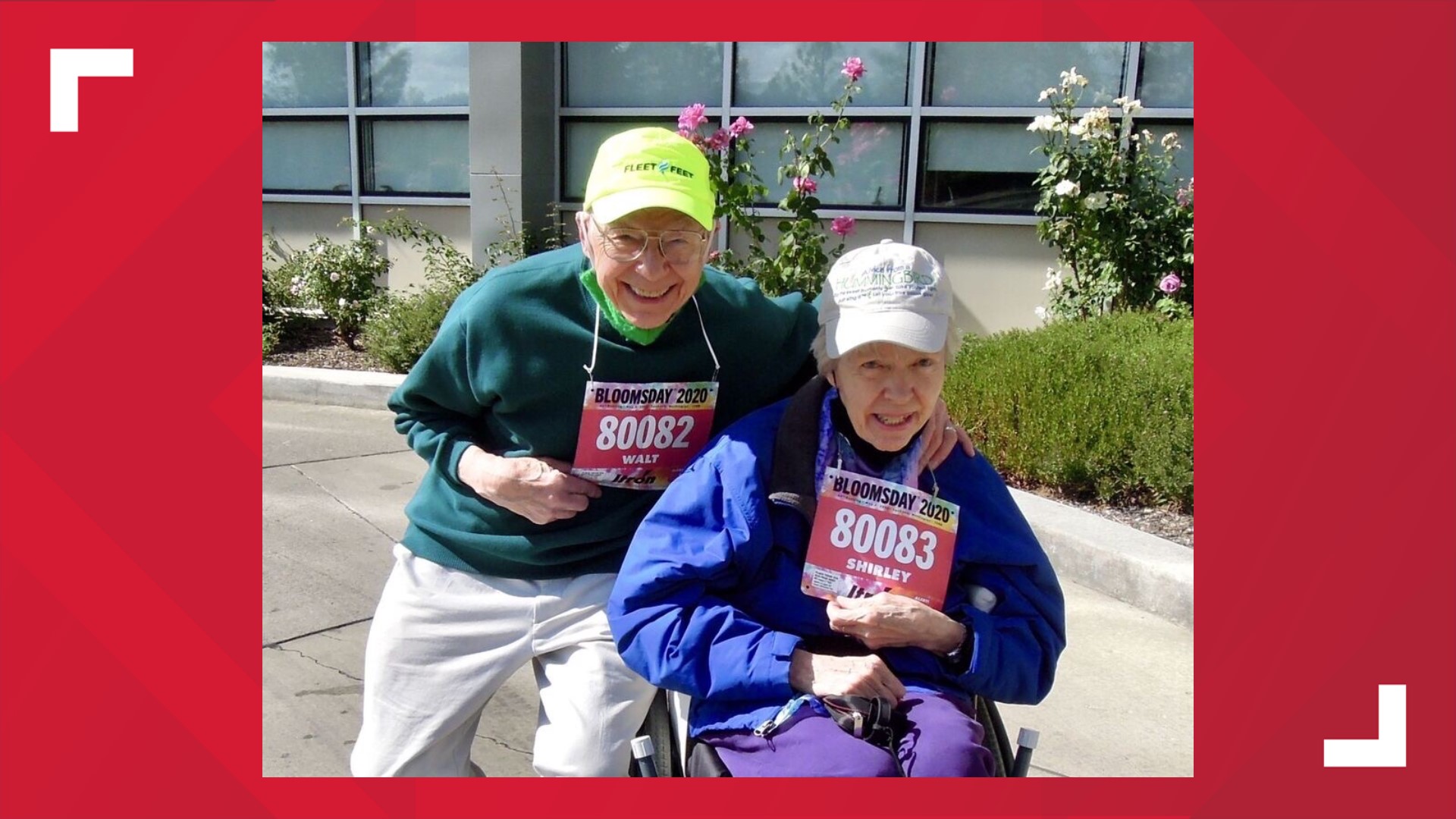 Walt and Shirley Jakubowski are both over the age of 80 and participated in Virtual Bloomsday this year.

The challenges didn't stop them from wanting to participate.

"We signed up as soon as they said registration was open," Walt said.

The couple of 57 years didn't get to finish their course this year. Shirley wasn't feeling well, but that didn't dampen her enjoyment.

They did however finish in 2018, which was the first time doing Bloomsday. They're proud of that accomplishment and recall that memory fondly.

"The category we came first and second in 2018 was people of the same last name," Walt said. "We were the only two Jakubowskis."

"And I was number one Jakubowski," she said with a smile.

"Yes, she was the number one Jakubowski," he said. "She beat me because I pushed her over the finish line."

They expect to finish first and second for top Jakubowskis this year too.