The Spangle native and Liberty High School graduate led the Eags in points per game this season and was second on the team in rebounds. 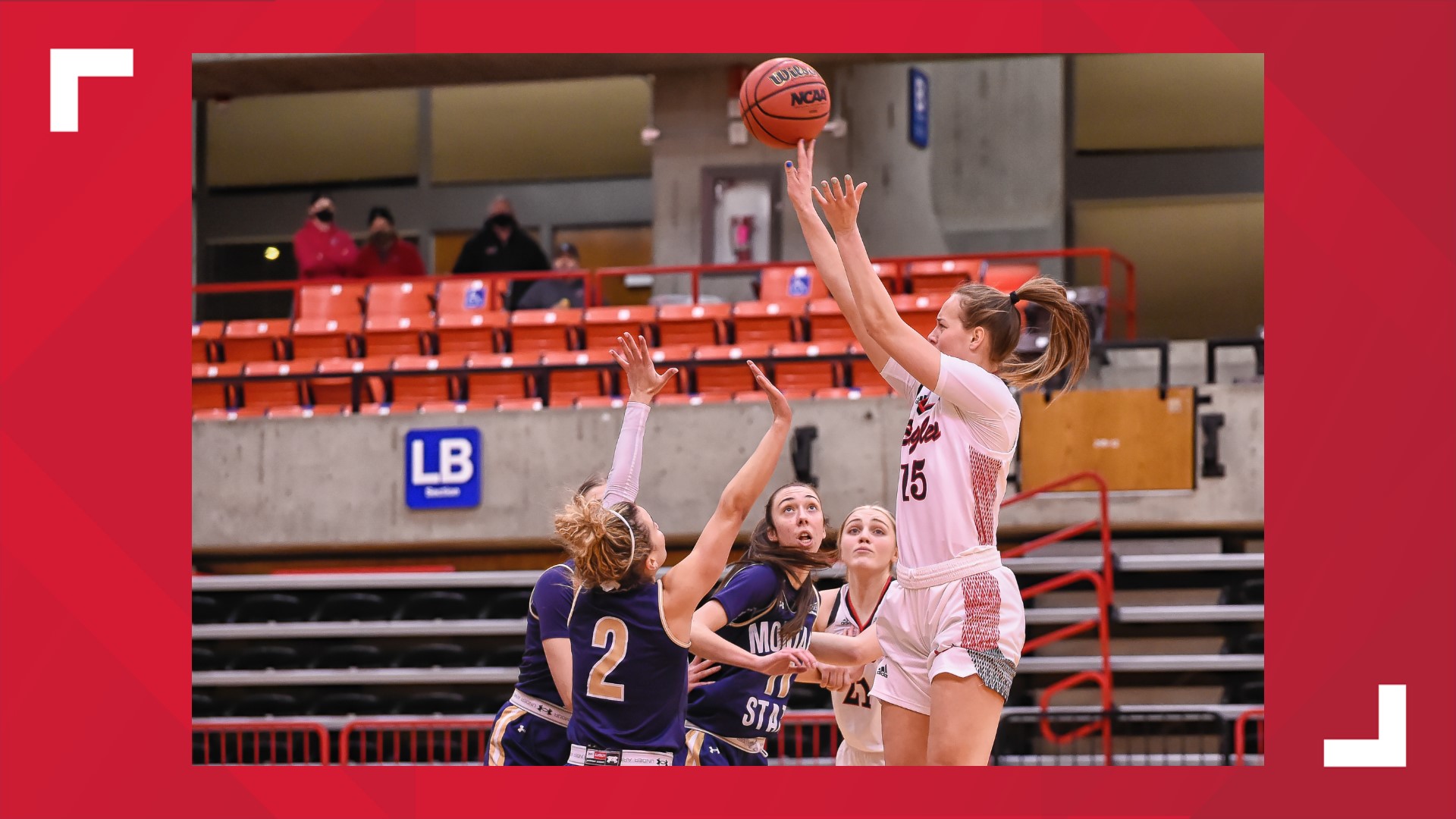 CHENEY, Wash. — The Big Sky Conference announced on Sunday that Eastern Washington women's basketball's Maisie Burnham is the Freshman of the Year.

The Spangle native and Liberty High School graduate is just the fifth ever Eags women's basketball player to earn the honor.

She led Eastern with 14.3 points per game this season. She was also second on the team in rebounds per game with 5.5. The forward started in 17 of Eastern's 21 games this season.

Burnham was also an honorable mention for All-Big Sky Conference teams. She was the only freshman to do so.

She finished her high school playing days at Liberty winning the 2B state title and as the tournament MVP.

The 2021 Big Sky Conference Freshman of the Year is an Eagle!