The Kraken will take on the Vancouver Canucks this Sunday at 6 p.m. at the Spokane Arena. 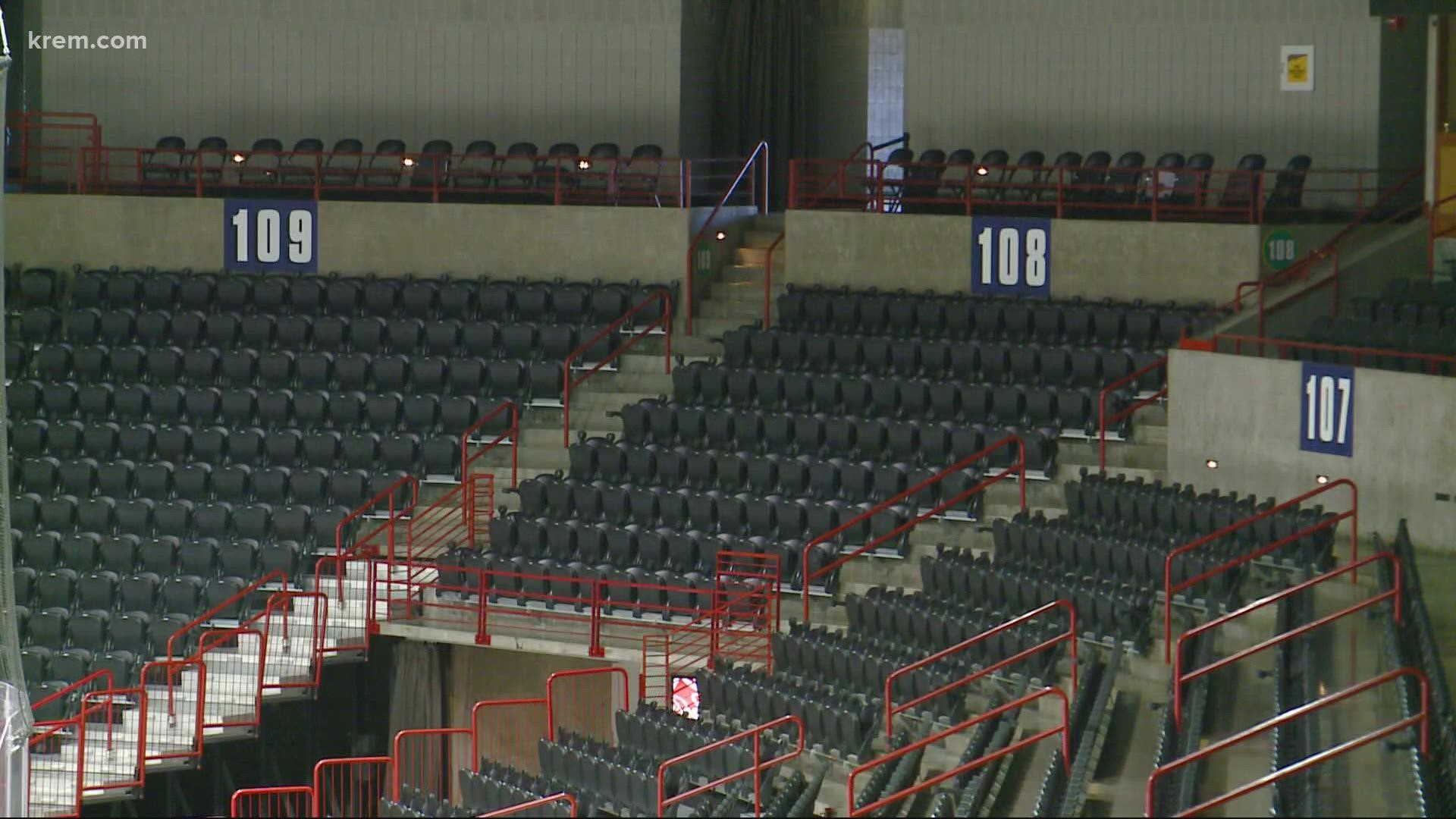 SPOKANE, Wash. — The newest NHL team, the Seattle Kraken will play their debut game against the Vancouver Canucks in Spokane on Sunday.

The game sold out minutes after tickets went on sale July 16. Puck drop is set for 6 p.m., with doors opening an hour and a half early to give extra time to get people in their seats. Organizers are expecting a sellout crowd of more than 10,000 fans.

Those who have tickets and will attend the game at the Spokane Arena will need proof of vaccination or an exemption. Unvaccinated ticketholders can still attend, but need to take some additional steps. First, they must show proof of a medical or religious exemption to getting vaccinated against COVID-19. Then, they will need to show proof of a negative test that was administered within 72 hours of the start of the game.

For those who won't be at the arena, there are a few watch parties happening around town.

The hockey bar is hosting the 'Seattle Kraken Preseason Prefunk and Watch Party' on Sunday. It starts at 3:30 p.m. They are advertising Molson on draft, Pink Whitney shots, great food, 15 TVs, 165” projector, craft cocktails and craft puck shots. They are open from 11 a.m. to 1 a.m.

The sports bar will provide happy hour all day for Kraken fans. They are open from 9 a.m. to 2 a.m. and are located at 2201 N Monroe St.

The Hub is going to have Ron Francis/Seattle Hockey trivia, drink specials, Kraken Expansion draft give-aways, a set of 4 Spokane Chiefs regular season tickets and some other NHL goodies to toss out.