A local girls’ basketball team out of Spirit Lake, Idaho, got the surprise of a lifetime when one of the best basketball players in the world gifted them with brand new gear to celebrate their big win. 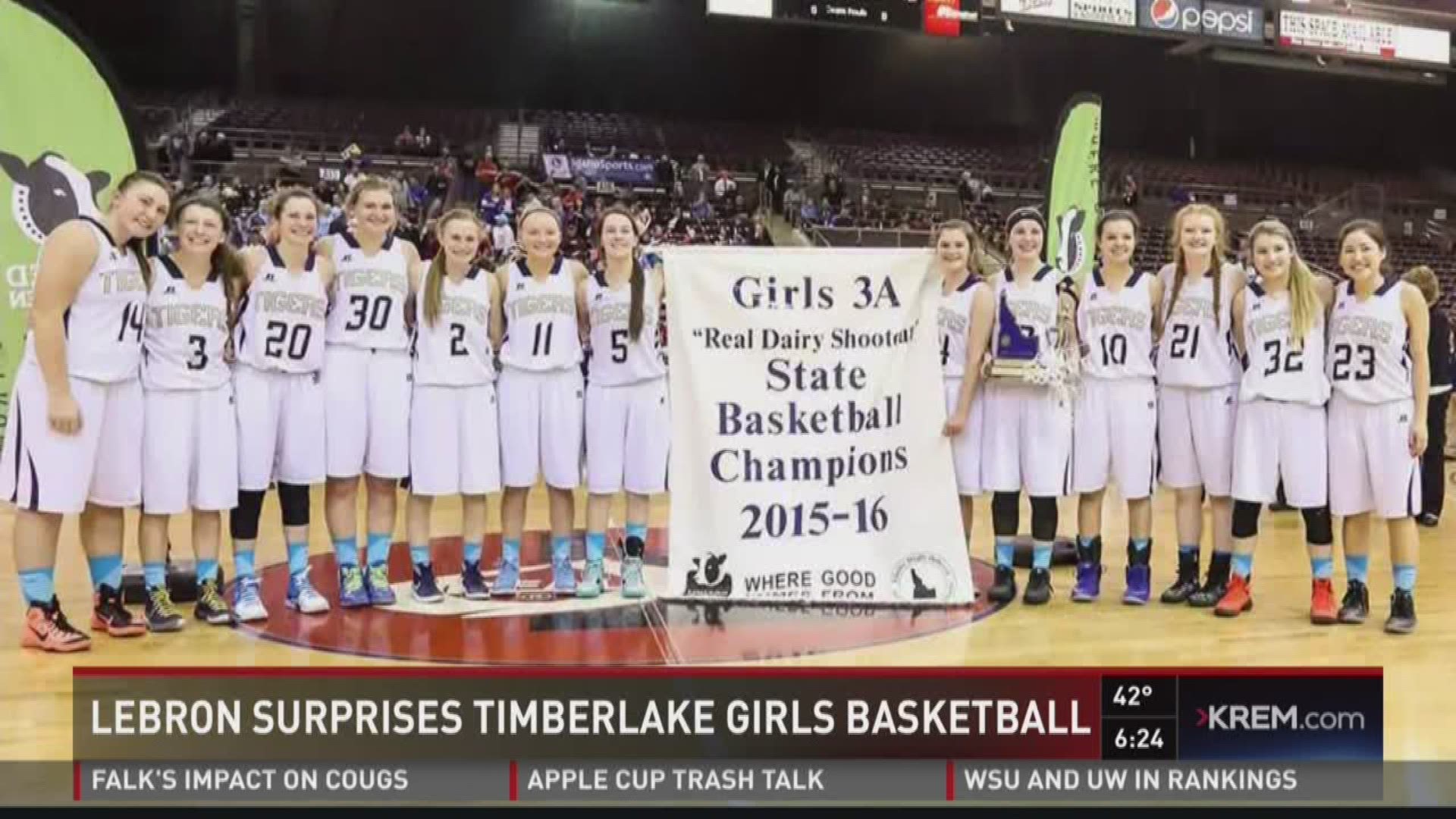 SPIRIT LAKE, Idaho – A local girls’ basketball team out of Spirit Lake, Idaho, got the surprise of a lifetime when one of the best basketball players in the world gifted them with brand new gear to celebrate their big win.

When it comes to Nike, or even potentially LeBron James for that matter, selecting a high school championship team, they have thousands to choose from. So it is a bit crazy to think they selected the girls basketball team from Timberlake High School in Spriit Lake.

We are still more than a month out from Christmas, but if you are the Timberlake Lady Tigers basketball team – who cares.

All eight players who returned from their 2015 state championship team received brand new LeBron James shoes, a shirt, and this note:

“Tigers, you are no stranger to the state title game. Last year, you finally got the ring. This year, you’re bringing back all 8, sounds like the best is yet to come. I’ll be watching,” the note said, which was signed by LeBron.

So, how did we get here? The Lady Tigers won the State 3A Basketball Championship in 2015 and at some point after that, Matthew Miller, the team’s head coach, was contacted by a team at Nike.

“They said they were reaching out and trying to get information from teams that had won the state championship this year all over the country,” Miller said.

It was pretty vague. So, Coach Miller filled them in on the team and provided them with a shoe size for each girl. As far as the girls knew, it might have just meant some freebies. He told them they might get some free Nike gear.

Over the weekend though, Coach Miller got word from Nike that they will be sending the LeBron-brand shoes on Monday.

That led to a very excited reaction from the girls on Monday.

We are not sure how much of a role Lebron himself played in the whole process, but the note that bears his name is certainly customized.

Before the Lady Tigers won last year, they had made it to the championship game four out of the last five years – only to come in second.

As far as this season for the Lady Tigers, well they are off to a good start – they are 4-0 so far.