The Northwestern State forward became a Gonzaga favorite after a matchup Timme and the Bulldogs this past December. Owens and Timme still talk to this day. 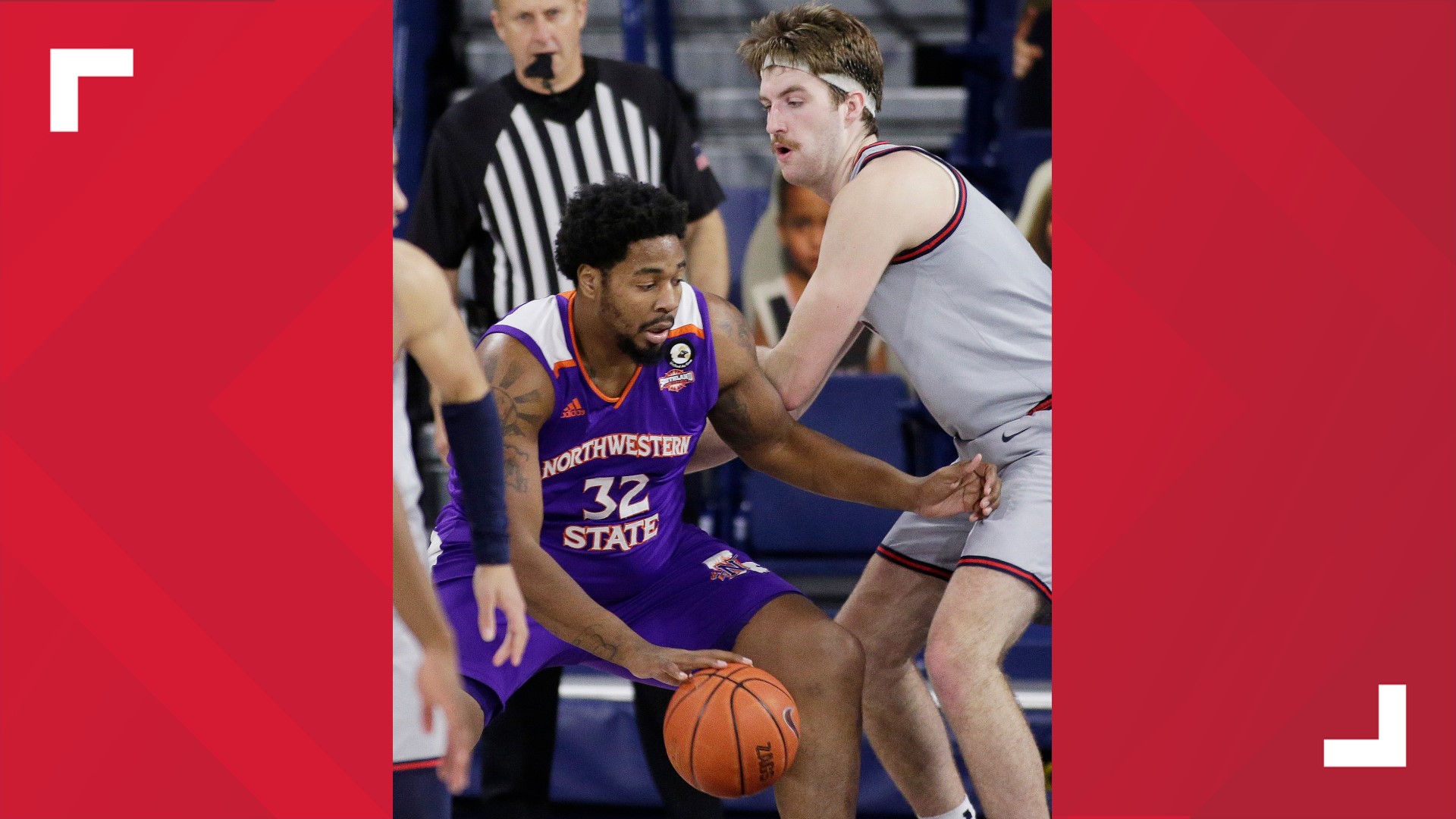 SPOKANE, Wash. — Earlier this season, Northwestern State's Larry Owens became more popular among Gonzaga fans than maybe even some of the players on the Bulldogs' team.

It all started with a mustache celebration in a back-to-back non-conference matchup with the Zags and Drew Timme. In that second game, Larry Owens became a legend to Gonzaga fans.

He scored an and one on Drew Timme and then copied Timme's mustache celebration. Owens of course asked Timme if he could do it before he did. It was completely out of respect.

In all likeliness, nothing more would come out of that in most situations. However, for these two, a friendship was formed.

They still talk to this day. Larry will pick Drew's brain about basketball. They also Snapchat each other. Owens explains they usually talk hoops.

"He just asked me if I was ballin' out," Owens said. "I'd say, 'yeah'. We joke about playing on the same team next season."

While they talk mostly basketball, it was another moment that Owens values so much about his new friend.

"He gave condolences for my father," he said.

Owens; dad died about a month ago. He received a message from Timme that meant a lot to him.

"Where I'm from, you don't get a lot of that type of love,"  People will tell you they're there for you as a person, but they never show it to you. I didn't expect him to do that. He didn't have to do that."

It was an unexpected message of support to Larry, from a friendship that nobody could have expected to begin in the first place.

"From that he has my respect all the way," Timme said.

Sometimes these moments we find trivial are not. All it took was a mustache celebration in what seemed like a meaningless game to make an impact on someone for a lifetime.

It's incredible that this bond was formed considering it might not have been in any other season except for one in a pandemic. Teams like Gonzaga tried to schedule whatever games they could as the season went on and games were canceled due to coronavirus.

It's highly doubtful anything would have come out to it if this didn't turn from one game on Dec. 21 to a double header.

Owens also received a lot of support on social media from the Gonzaga fans community. He said he was also extremely thankful for  all of their support through this tough time for  him.

THE MAN LARRY OWENS ON ZOOM WITH ME.

Larry wanted to thank all the Zags fans who gave him love over the past couple of days. @Larry_Owens_ @NSUDemons @NSUDemonsMBB pic.twitter.com/ZBbhlvAiRN