Colin Kelley has loved football from a young age and he wasn't ever going to let his disability stop him from doing what makes him happy. 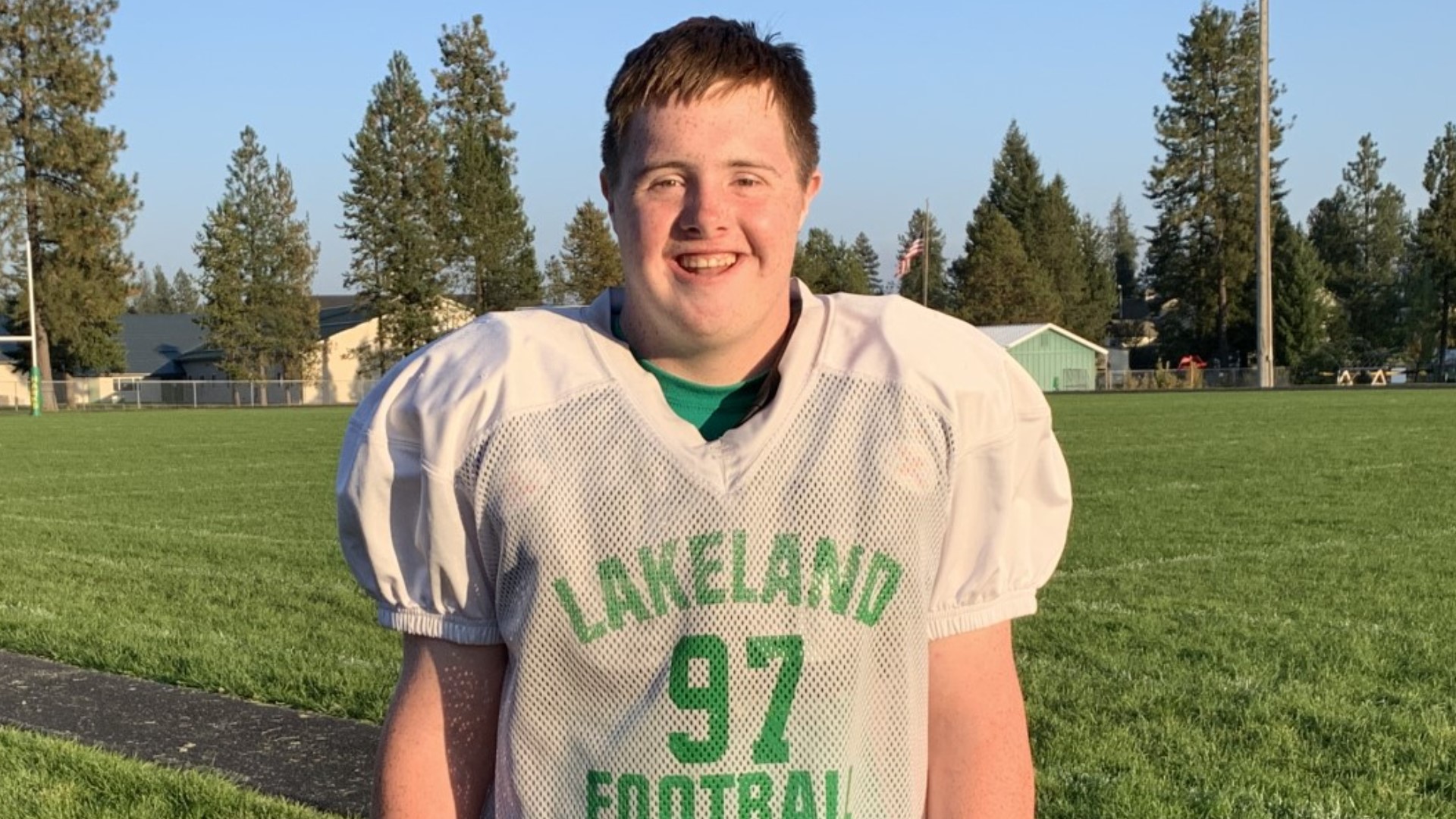 RATHDRUM, Idaho — If you go to a Lakeland High School football game and look on the sideline, Colin Kelley is hard to miss.

He’s always cracking jokes and cheering his team on passionately.

"Let's go, come on," Colin often says during during games.

He keeps this positive mentality and joy, despite having Down Syndrome.

If anyone personifies joy, it’s Colin.

“He’s had lots of obstacles in his life, but he doesn’t ever seem to let things slow him down," Colin's dad Sean Kelley said. "Things with health every once in a while will come up but he doesn’t let anything stand in his way.”

He wanted to do what other kids were doing since he was in elementary school, like playing football.

“When his friends said they wanted to play junior tackle he wanted to join them," Colin's mom Megan Kelley said. "So we said okay go for it and he just loves it.”

Colin is now a junior at Lakeland. He’s grown up with the same teammates for years.

"Just playing games," Colin said when asked what his favorite part of being around his teammates was.

He’s so fond of his teammates, he jokes with the seniors about them flunking so they can hang with him on the football team another year.

“You want me to stay back? I’m not going to purposely get held back a year," a teammate said.

"Oh come on," Colin said giving him a playful nudge.

Colin is always lightening up the mood with his groove.

“He’s got a lot of funny dance moves," teammate Blake Hatcher said. "He likes to dab.”

Colin has also developed handshakes with many teammates too.

When it’s game time, he's all about acts of motivation.

“You probably hear him hooting and hollering on the sidelines and like patting our pads and everything and giving us high fives and just being the best," teammate Alden Waddington said.

That thought was echoed by other teammates too.

He’s always positive no matter if the team is winning or losing.

“Coaches look for those glue guys that can be the character guys and bring everyone together outside of the locker room and that’s what Colin does for us," head coach Tim Kiefer said.

Colin has had to overcome a lot, but instead of it weighing him down, he chooses to live life as a personification of joy.

“It doesn't stop him from being who he is and what he can do in life," Hatcher said. "It's really inspirational."

Life, especially now, can be complicated, but we should all take a page out of Colin’s book.

No matter what adversity life throws at you, find a way to live life with joy.