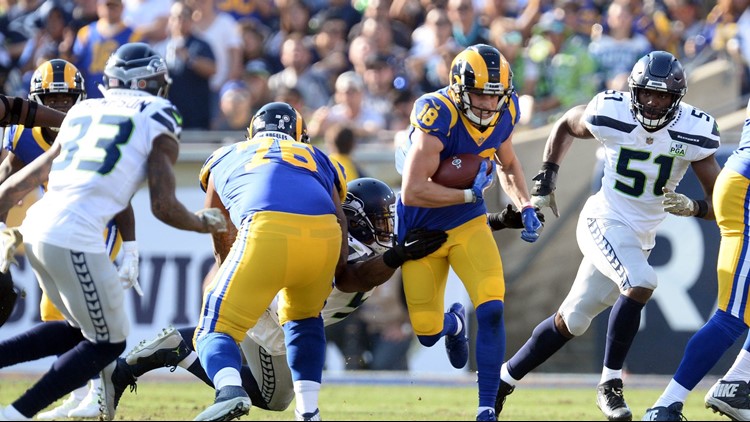 Kupp feared to be out with ACL tear

According to the NFL's Ian Rapaport, Cooper Kupp may be done for the season.

#Rams WR Cooper Kupp suffered a knee injury today and sources say the initial concern is that it is a torn ACL. He’ll have an MRI tomorrow, but this explains why coach Sean McVay said it was “not good.” A potential big loss for a top team.

Kupp fell on a non-contact play during the fourth quarter against the Seahawks and did not return to the game.

Cooper Kupp went down with a non-contact injury pic.twitter.com/hgad5hoxWm

As Rapoport said, the Rams will know more on Monday after an MRI on Monday. An ACL tear would end the former Eastern Washington receiver's NFL career.

Kupp injured the same left knee against the Broncos a few weeks ago. That resulted in a sprained MCL, but Kupp was able to return to play. Kupp also suffered a concussion against the Seahawks in their previous game this season.

Despite the injuries he's battled through, Kupp has had an extremely productive season. In eight games, Kupp had 566 yards on 40 catches and six touchdowns.