'It was only a matter of time': WSU AD Pat Chun on Mike Leach leaving for another job

Chun said there is no timeline for hiring a new head coach. 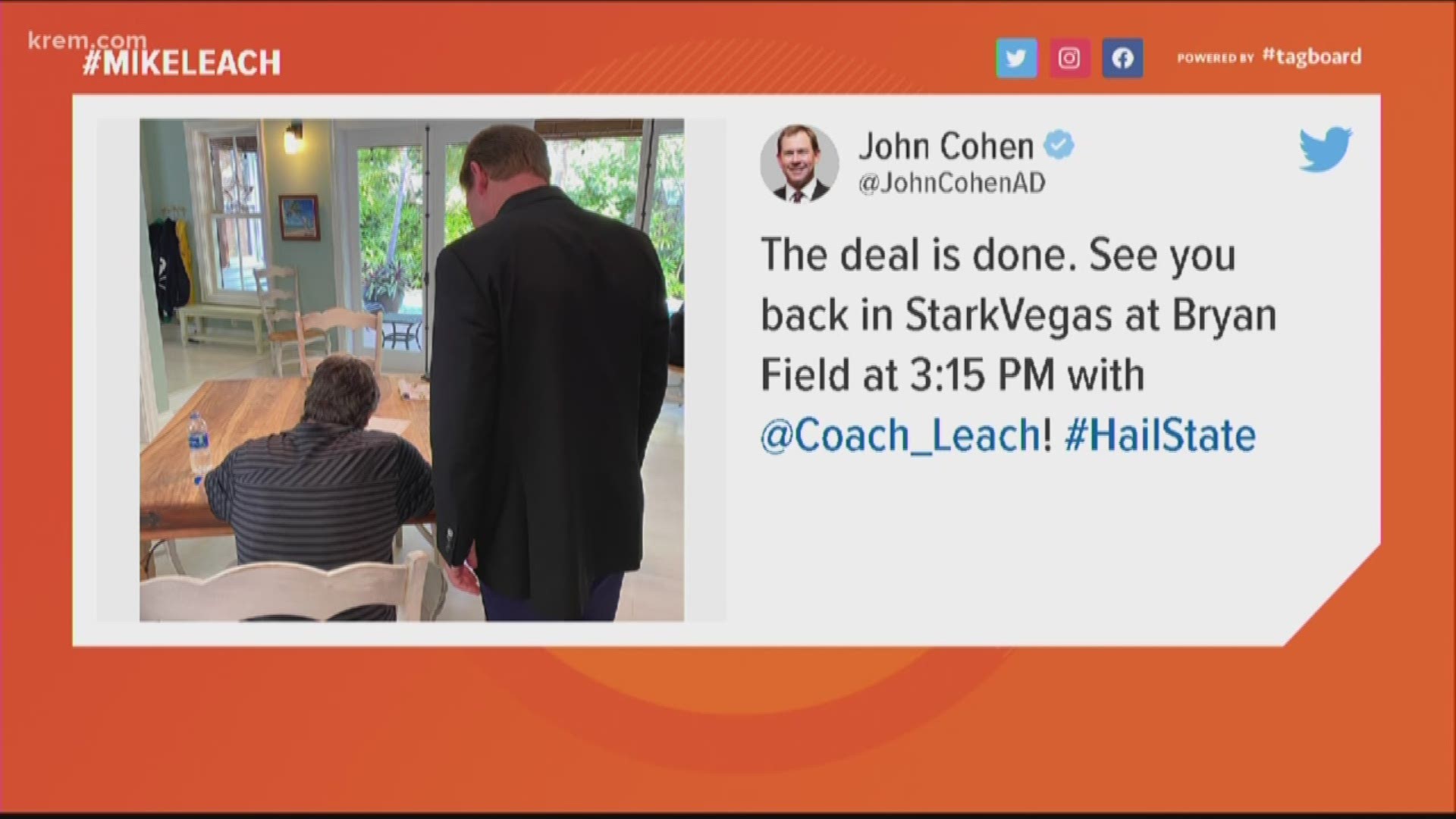 "My assumption is something changed in the last 24 hours," Chun said in a press conference on Thursday. "He called me this morning saying he took the Mississippi State job and it was a bittersweet phone call."

Chun said the school has been prepared for the possibility that Leach would take another job.

"I lived with the motto that it was only a matter of time," he said.

Now the national search for a new head coach begins. Chun said there is no preference on if the coach has to be offensive-minded like Leach.

There has not been an interim head coach put in place yet as the team waits to see who from the current coaching staff joins Leach with Mississippi State.

Chun said there is no timeline for hiring a new head coach.

"We'll work fast, but however long it takes to get the right coach at WSU is how long it will take," Chun said.

Some names that have been mentioned are Oklahoma defensive coordinator Alex Grinch, who was defensive backs coach at WSU from 2015-2017, and Jim McElwain. McElwain is currently the head coach at Central Michigan.