Travis Melcher lost two brothers to suicide and is using the event as a way to battle depression and raise suicide prevention awareness. 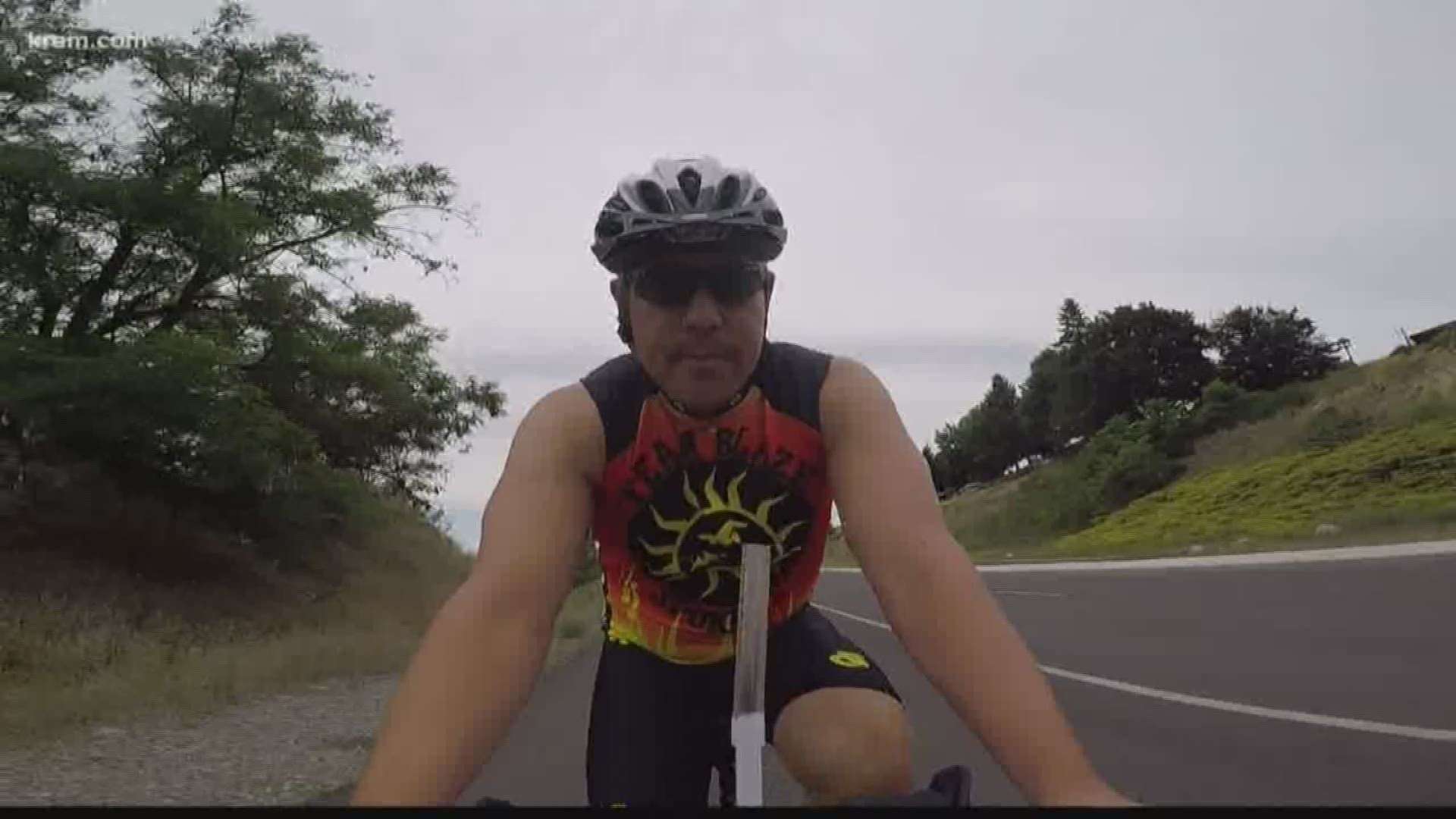 SPOKANE, Wash. — A lot goes into preparing for an Ironman or half-Ironman competition, including the development of both the mental and physical strength needed to compete.

Spokane's Travis Melcher is preparing for Sunday's half-Ironman in Coeur d'Alene, which will be his first competition.

For Melcher, the training means more than just allowing him to compete, as he is also competing in the hopes that he can inspire others struggling with depression.

Melcher lost his mother unexpectedly in 2000 and has also lost two brothers to suicide since his mother's death.

"I think of them everyday," Melcher said. "There's not a day that passes that I don't think about them."

Melcher said he has battled depression since losing his loved ones.

"A lot of thoughts go through your head. You go through some setbacks," Melcher said.

Melcher turned to training for Ironman competitions to help battle his depression and to find a new purpose in life. While he's training, he said he thinks of his brothers and mother.

"You just put one foot in front of the other, and that's what I did with each one of my family's passings as well," he said.

While Melcher can't workout or train without his headphones on, listening to his favorite music, he said that's not the only thing pushing him forward.

"I can hear their voices, and sometimes, it's louder than others," he said