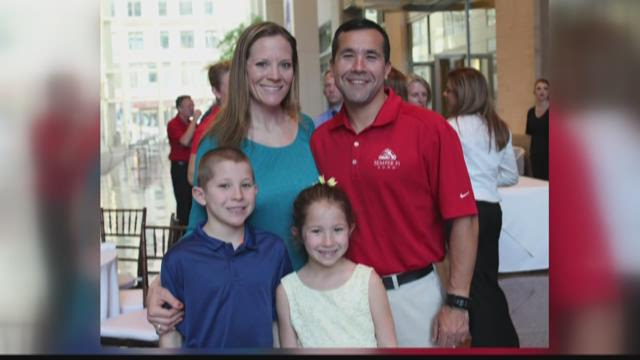 COEUR D’ALENE, Idaho -- A man who competed in the half Ironman in Coeur d’Alene Saturday is working to break a Guinness World Record.

Michael Mendoza wants to break the record for most half Ironman races completed in a year to raise money for wounded veterans.

"I was injured in Iraq when a grenade exploded next to me and it hit both my lungs and ruptured my diaphragm. My stomach needed repair and my small intestines," Mendoza said.

Mendoza later received a Purple Heart. During recovery the Semper Fi Fund helped fly his family to be at his bedside. Now fully recovered, Mendoza is hitting the race course to help other veterans injured while serving.

The number of races to beat is 23 and Mendoza is on number 10. So far he has finished races in Syracuse, New York, Eagleman, Maryland and Raleigh, North Carolina.'

Mendoza said the most important thing when competing is to keep a positive attitude and focus on only one part of the race at a time.

"I like running but my strongest is cycling for me," Mendoza said. "I'd like to say I'm a strong swimmer, but I'm not a fast swimmer."

Mendoza finished the race in Coeur d'Alene in four hours 49 minutes and 58 seconds. His last race will be in Miami, but after that he plans to do one more Ironman just for fun.

Read more about Mendoza and how to donate to his efforts on his website: https://www.thepatriotracer.com/