How to stay safe during Ironman Coeur d'Alene heat wave

The CDA Fire Department is bulking up their services in preparation of the biggest race in the city on record. 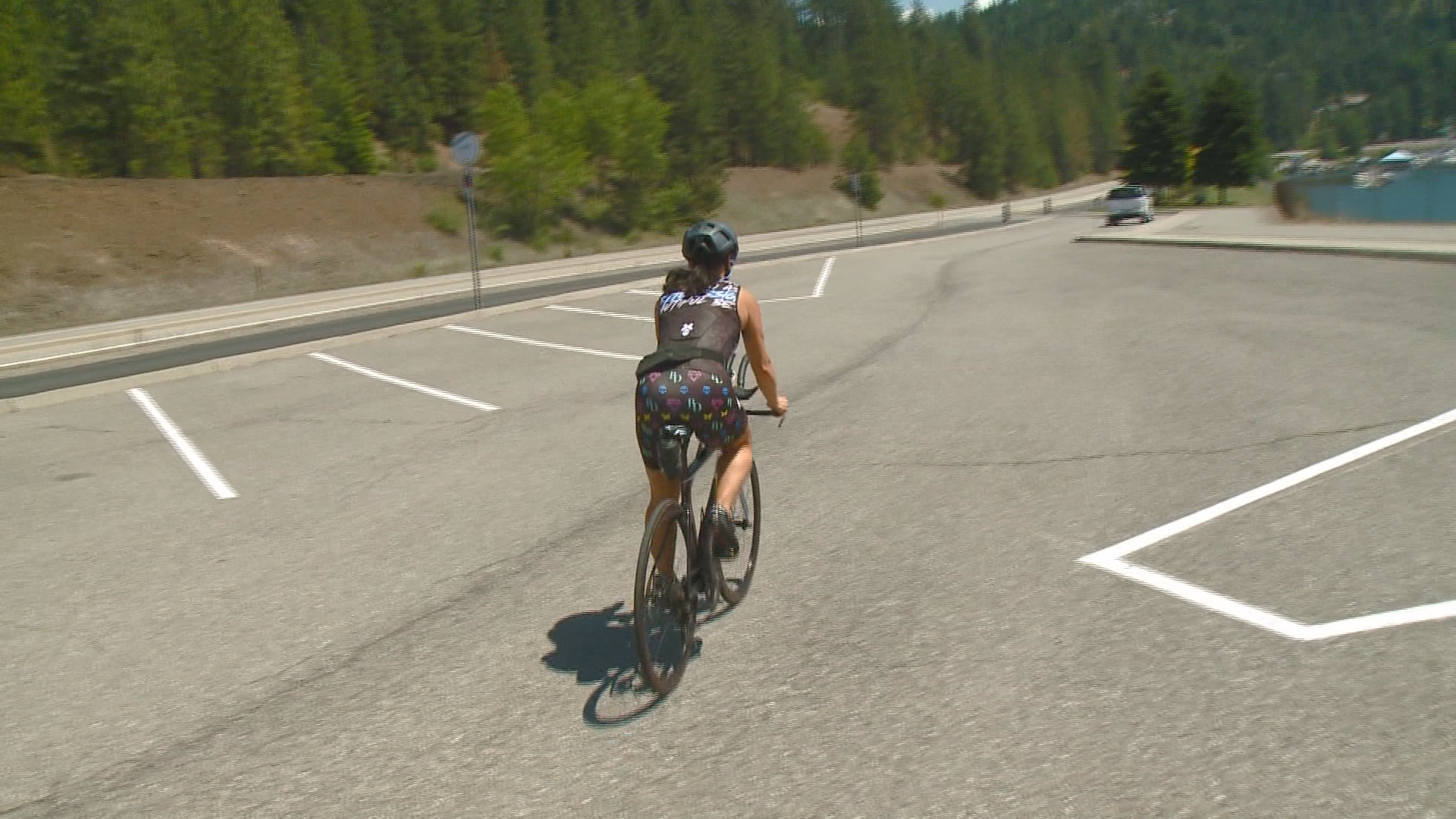 COEUR D'ALENE, Idaho — It will be all hands on deck Sunday for the Coeur d'Alene fire department. The city is supposed to hit the triple digits amid the heat wave, which itself would be incredible, but Ironman CDA is also taking place.

More than three thousand people are participating in the triathlon, making it the largest race in CDA history. The athletes are not who the firefighters are most worried about, Dietrich said.

"Runners have been, hopefully, training for this for a while and have learned how to adequately replace what they're expending," he added. "For Ironman especially, what we're worried about is all the spectators and the volunteers."

Anyone who is out in the sun, but specifically the elderly and pediatric populations, could get sick from the heat. The fire department sees a significant increase in dehydration calls during Ironman normally, he said. With the temperatures this year, they are bumping up the resources.

Instead of just the full CDA crew of 17, other jurisdictions are coming in to total 60 firefighters and EMS personnel on duty. Every CDA firefighter is working, as well as additional ambulances, fire engines and fire boats. Other ambulance crews are helping out, but he said the public can help, as well.

"The biggest thing we're concerned with here is people just getting dehydrated from lack of fluid intake so everyone needs to be really careful with what they're drinking, drink lots of water and stay away from alcohol and the caffeinated beverages," he said. "Those don't help when replacing fluids, but water and Gatorade do."

When starting to feel thirsty, it could be a sign of dehydration.

"Obviously, drinking fluids is important at that point," he said. "Work on pulling yourself off and drinking, but don't overdo it, because you can easily drink too much, too quick and you're gonna make yourself sick and start throwing up and you're making the process worse."

It is better to drink small amounts of fluids continuously throughout the day than to wait and chug, he said.

Hydration is key here. Normally, you want to drink 8 glasses of water a day. With these temperatures, Dietrich suggested doubling it.

Other ways to stay safe are:

Although all of the race entries are filled, Ironman is still in need of volunteers. They need people at the aid station especially, so we need those people to be given out water and making sure people are hydrated, according to an organizer.

There are a few sections that still need plenty of volunteers. Right not there are plenty of open volunteer spots are the bike aid stations. Non-profits and groups can earn grants by volunteering together. In 2019, WTC/Ironman Foundation contributed back to area nonprofits and organizations with approximately $80,000, according to event organizers.

The sheer amount of athletes and people in Coeur d'Alene means crowd control also needs help, so anyone interested in signing up can find available spots on the Ironman website. They can also email volunteer coordinators at imcoeurdalene@ironmanvolunteers.com.

With a race that lasts for hours, there are different time slots and even days leading up to the race that can be volunteered.

Signs of heat exhaustion: Get to a cool place, drink water

Volunteers are putting the finishing touches on the Coeur d’Alene IRONMAN Village!

Come tomorrow, thousands of athletes will be checking in right here.

I’ll be live again on @KREM2 at 6 p.m. to share more about the course 🚴‍♂️ pic.twitter.com/jhsUI5BZBr