Coeur d'Alene Ironman 2021: Everything you need to know

From the fast facts to the traditions, volunteers and roads closed in Coeur d'Alene, here is everything you need to know about the race. 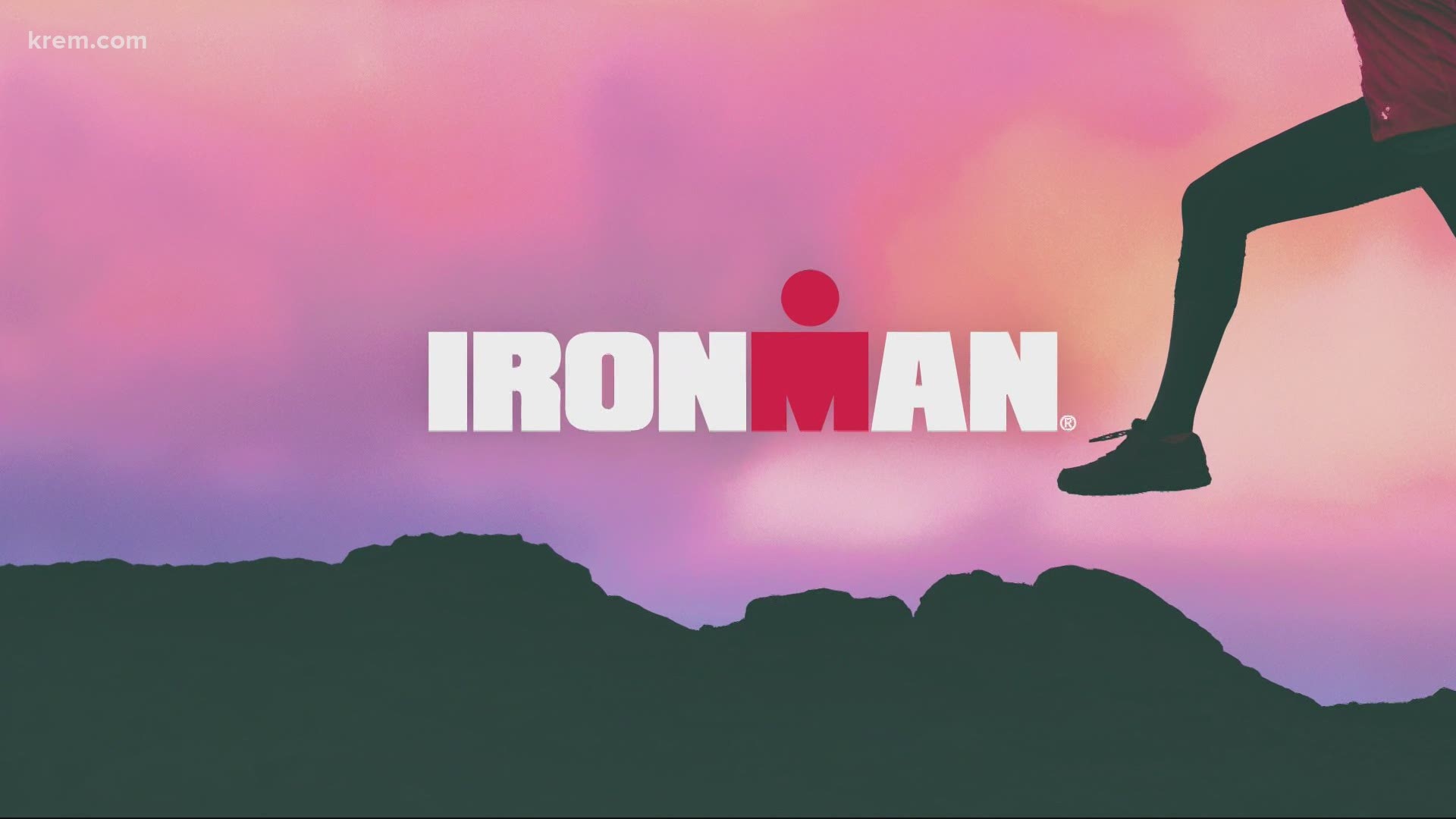 COEUR D'ALENE, Idaho — The full Ironman will return to Coeur d'Alene on Sunday for the first time since 2017.

The usual half Ironman was supposed to take place last year before being canceled because of the pandemic. This year, over 3,000 athletes are registered for the race. Right now, all of the entries are filled. There is a waitlist that athletes can join. Ironman organizers predict it is the biggest race ever held in Coeur d’Alene.

Here are the latest updates from the event:

Carrie Lester is your #IMCDA pro women’s champ with unofficial course record of 8:54:51–she’s 40 years old and getting faster! pic.twitter.com/ZHqUlmfv4K

City park in CdA a sea of drying wetsuits on empty bike racks with running shoes and other key run gear positioned strategically on ground for quick transition from bike to run #IMCDA pic.twitter.com/iBdGZOviiM

Pro men have started the marathon! This is Lionel Sanders (Canada) in second place off the bike behind Sam Long (USA) Sam ran a 5:57 first mile and Lionel ran 5:42. Incredible. #IMCDA pic.twitter.com/GMGJpGjlN5

At the “hot corner” of Lakeside and NW Blvd watching bikers at the halfway point of the 112 mile ride #IMCDA pic.twitter.com/vR3r8kTMCY

The celebratory semi-circle of kayaks and paddle boards of volunteers surrounds the final swimmers #IMCDA pic.twitter.com/LBRvIIXh6x

This is what perseverance looks like. She had to hang on to that kayak just yards from the end of a 2.4 mile swim to get her bearings. Then she let go and finished! #IMCDA pic.twitter.com/YxW3jKilxA

Celebrating my people. Some of the final swimmers making it out of the water before the 2 hr 20 min cut-off time pic.twitter.com/3t6GehLQnH

Ron Witherup from Western WA racing in memory of his Marine son who took his own life 2 yrs ago. @KREMBrett shooting special story with him tonight @krem2 #IMCDA pic.twitter.com/P1kEDdC1rd

Moving from the park to the #IMCDA bike mount pic.twitter.com/8hLvzB8Nog

Kirk has to pull off his own wetsuit this year. Volunteers can’t “banana peel” the athletes’ wetsuits due to COVID precautions. Also has to apply his own sunscreen #IMCDA pic.twitter.com/v6Vn55vEY1

Athletes going to their right have done two 1.2 mile loops. Go to their right for a short walk on beach and back into water if they have one more to go #IMCDA pic.twitter.com/5xkbPvHZr5

Last swimmer in the water at exactly 6:54am. He’s got 17 hours to finish #IMCDA pic.twitter.com/eJu1SMabYx

From the start looking out at the 1.2 mile triangle in the water #IMCDA pic.twitter.com/YE8IswgT6D

She danced the whole way down the chute #IMCDA pic.twitter.com/GUxQJgkgqk

They’re off! Age groupers run into the water on a rolling start with 2 athletes going in every 5 secs to ease congestion. 2,400 #IMCDA athletes to go pic.twitter.com/O71cfOA6HV

The low-key surge before the start—age group athletes hit the beach to warm up in the water #imcda pic.twitter.com/xsAyYsWHo0

Pro men are in the water! #imcda pic.twitter.com/hAK58URe8r

Geese warming up with the pros. Gonna be a great day #imcda pic.twitter.com/R4wei5DWF1

Here is everything you need to know about Ironman CDA.

The full Ironman triathlon race is a total of 140.6 miles. The swim on Lake Coeur d'Alene is 2.4 miles, then a 112 bike ride along the lake and down Highway 95. It finishes with a marathon through downtown Coeur d'Alene.

The Lake City is a popular venue for the famous event. According to organizers, the venue has been rated 94.1% in satisfaction. It is one of Ironman's highest ratings. The race will have the categories: Professional, Age Group, and Physically Challenged Open Division. The relay or team option is not available at this race.

Participants have 17 hours to finish the triathlon. Throughout the event, there are time cut-offs for each leg, according to Ironman rules and regulations. After an athlete crosses the start line for the swim they have 2 hours and 20 minutes to finish. If they do not get to the cycling portion before then, they receive a 'did not finish' or DNF. The bike course will close 10.5 hours after the last athlete enters the water. The finish line closes 17 hours after the final athlete enters the water.

Any person who completes the triathlon becomes an 'Ironman.' It is one of the most difficult one-day sporting events in the world. Of the more than 3,000 entries, 150 athletes will qualify for the Ironman World Championship in Kailua-Kona, Hawai'i.

Let's take a look at the course.

The first leg of the race is a 2.4-mile swim across the lake. Swimmers will take off from City Park and swim two laps along the boat docks outside of the Coeur d'Alene Resort.

After athletes make it back to the beach, they will transition to the bike course. Athletes will ride 112 miles on a route through downtown and along U-S 95.

The last leg before the finish line is a marathon run through the city. Runners will start near McEuen Park and run east along the centennial trail. The course will end with an iconic and downhill finish on Sherman Avenue downtown.

The volunteers of the race are almost as important as the people who compete. It takes nearly 3,000 volunteers to run the event. At the moment the event is still severely understaffed, according to the Director of Volunteers Michelle Haustein.

Throughout the years, the volunteers in Coeur d'Alene have become just as much a part of the event as the athletes. Known for their themed tents, banana peels, and the hot broth they give to athletes on the go. They are rewarded with t-shirts and prizes as volunteers are essential to help with the whole process.

RELATED: ‘A lot of people got scared to register’: Coeur d’Alene Ironman in need of volunteers

There are a few sections that still need plenty of volunteers. Right not there are plenty of open volunteer spots are the bike aid stations. Non-profits and groups can earn grants by volunteering together.

In 2019,  WTC/Ironman Foundation contributed back to area nonprofits and organizations with approximately $80,000, according to event organizers.

The sheer amount of athletes and people in Coeur d'Alene means crowd control also needs help, so anyone interested in signing up can find available spots on the Ironman website. They can also email Haustein at  imcoeurdalene@ironmanvolunteers.com.

With a race that lasts for hours, there are different time slots and even days leading up to the race that can be volunteered.

The Ironman takes over the entire town of Coeur d'Alene. There are expected to be closures the weekend of the event. The closures for 2021 have not been posted by the city yet. During the last Ironman in 2017 here is what the closures looked like:

Sherman Avenue was closed before the race. It went from 1st Street to Second Street. It was closed from Saturday morning to Sunday evening.

Here are the streets:

There were also a number of congested roadways in the area. The stretch of US Highway 95 used for the bike race was impacted. The roadway remained open but traffic was delayed due to flaggers on Mission Base Road.

Speed limits on US95 were reduced to 45mph during race hours and parking on the shoulder was prohibited. There were also wide lane restrictions in place.

Here is a photo of the restrictions from 2017 courtesy of the CDA police department.

There have not been COVID-19 restrictions in Kootenai County for most of 2021. The Ironman will have a check-in screening. This is how the screen is described in the athlete guide.

1. Based on the updated guidance from the Centers for Disease Control and Prevention (CDC) and in line with local health guidance from the city of Coeur d’Alene, Idaho Health Department, fully vaccinated athletes, volunteers, vendors, media and staff will no longer be required to wear face coverings around IRONMAN venues. One exception to this is medical volunteers, who will still be required to wear a face-covering in IRONMAN event medical tents.

2. Athletes need to have Active QR Codes and Photo ID ready to begin the screening process.

4. Athlete Check-In is for ATHLETES ONLY, no friends or family

According to event organizers, in years past Ironman races that had over 3,000 participants enjoyed an estimated economic impact of between $7 and $8 million in new dollars.

When contracts for the 2021 full Ironman were being figured out by the city, KREM2 looked into how much the event costs the city.

In earlier contracts, it specified the CDA Chamber of Commerce had to pay a $55,000 sponsorship fee in order to host the full Ironman. In the new contract, it was proposed to raise to $65,000.

The World Triathlon Corporation (WTC), which owns Ironman races, would get accommodation from the city in the contract. As part of the agreement, the city had to also shoulder other financial responsibilities including repairing potholes on the racecourse and coordinate law enforcement and traffic control. The city and the chamber had to also help promote the event. 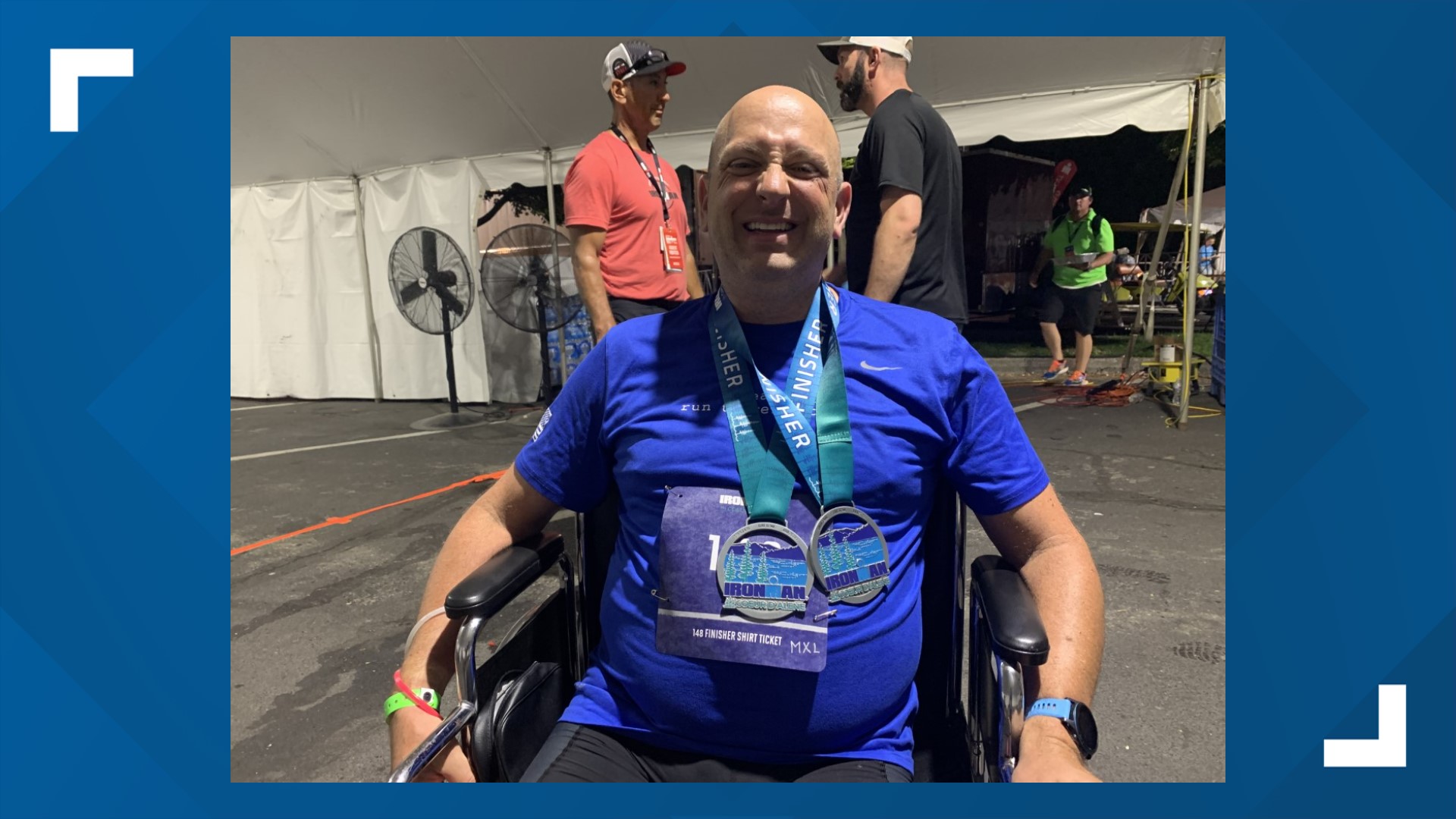