The trainer confirmed the horse tested positive for betamethasone, a therapeutic drug. The 21 picograms found are double the legal threshold in Kentucky racing. 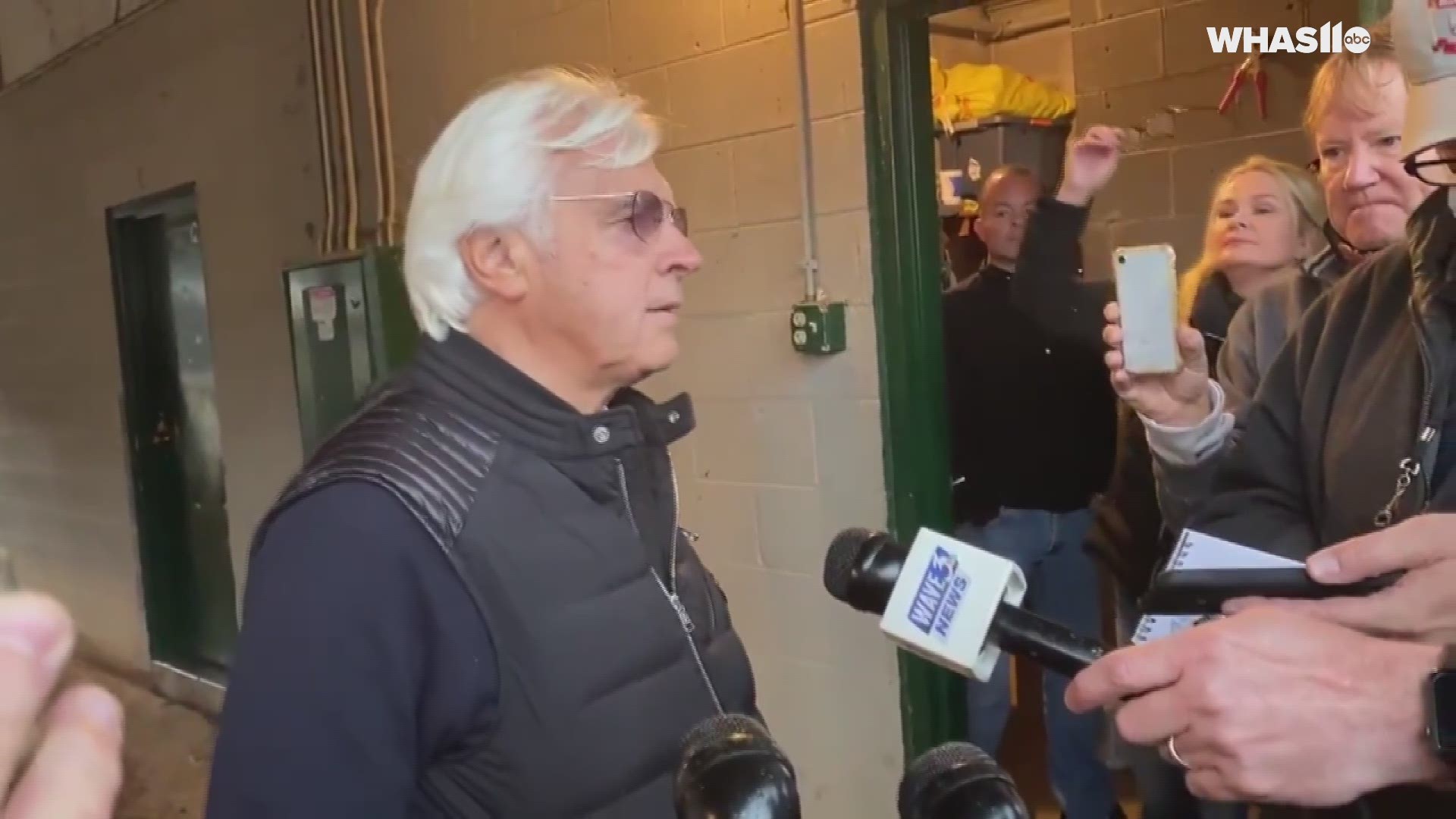 The horse tested positive for betamethasone, a legal therapeutic drug. However, state horse racing rules require at least a 14-day withdrawal time from the medication, and any level of detection on race day is a violation.

Baffert was informed by an assistant trainer the test on Medina Spirit found 21 picograms of the drug, which is double the legal threshold in Kentucky racing. Baffert was adamant the horse was never treated with the medication. KHRC said the test results were obtained May 7.

"Medina Spirit has never been treated with betamethasone," Baffert said. "Yesterday, I got the biggest gut-punch in racing for something I didn't do."

The horse has not been disqualified for the win as further tests take place. Baffert said the timetable for a decision is unknown.

In a statement, Churchill Downs confirmed that if findings of the test are upheld Medina Spirit's results in the Kentucky Derby will be invalidated and Brad Cox-trained Mandaloun will be declared the winner.

Churchill has also suspended Baffert from racing any horses at the track. "We will await the conclusion of the Kentucky Horse Racing Commissions’ investigation before taking further steps."

The trainer called the findings "disturbing" and an "injustice" to the horse.

Baffert continuing to defend himself: "It's a complete injustice. But I'm gonna fight it tooth and nail."

"I know everybody's not out to get me. But there is definitely something wrong. Why is it happening to me? There's problems in racing. But it's not Bob Baffert." pic.twitter.com/8067lYiH1N

What is Betamethasone? Here's what experts say about the drug found in Medina Spirit

Baffert confirmed his team is conducting an investigation into the positive test and is working with KHRC in their findings. Baffert questioned the process of the findings and said he will fight it "tooth and nail."

In July 2020, two horses trained by Baffert tested positive for a banned substance in Arkansas. A subsequent 15-day ban was levied on the seven-time Derby winner.

The Maryland Jockey Club released a statement saying a review of facts in the matter is taking place before any decision is made on the entry of Medina Spirit into the Preakness, the second leg of the Triple Crown, May 15.