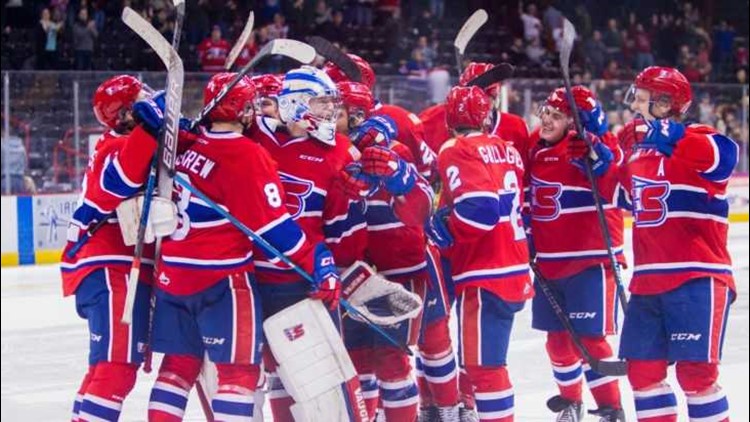 SPOKANE, Washington — The Spokane Chiefs announced Tuesday morning that they have hired Manny Viveiros as their 13th head coach in franchise history.

In a press release Viveiros said, “I would like to thank Bobby and Cathy Brett as well as Scott Carter for this opportunity. Spokane has always been one of the premier franchises in the WHL and the whole CHL. It’s an honor to join the Chiefs family. My wife Laurie and I are looking forward to living and being involved with the city."

Viveiros comes to the Chiefs after spending the last year as an assistant coach with the Edmonton Oilers. Viveiros was let go after the hockey team underwent a head coaching change.

He told the Edmonton Sun after he was let go from the Oilers, “It’s not really a place (WHL) for me to go back to and no disrespect to that league. I’ve won in Europe multiple times, I’ve won in the Western League. I had choices last year but this is home, my family, my wife’s parents are here.”

Prior to to his stint with the Oilers, Viveiros led the Swift Current Broncos to the WHL championship in 2018 as the head coach and director of player personnel. Overall, Viveiros spent two years with the Broncos and posted a 87-40-9-8 record with the team. He was named the WHL Coach of the Year for the 2017-2018 season.

Viveiros comes to the squad after former Chiefs head coach Dan Lambert announced he had accepted an assistant coaching job with the Nashville Predators, just weeks after signing a contract extension with Spokane.

Viveiros overall has twelve years of coaching experience. He will be formally introduced at a press conference at 3 PM on Wednesday at Spokane Arena and the public is invited to attend.