Degenhart is headed to Boise State to play basketball, while Omlin is headed to Texas Tech to high jump for the Red Raiders. 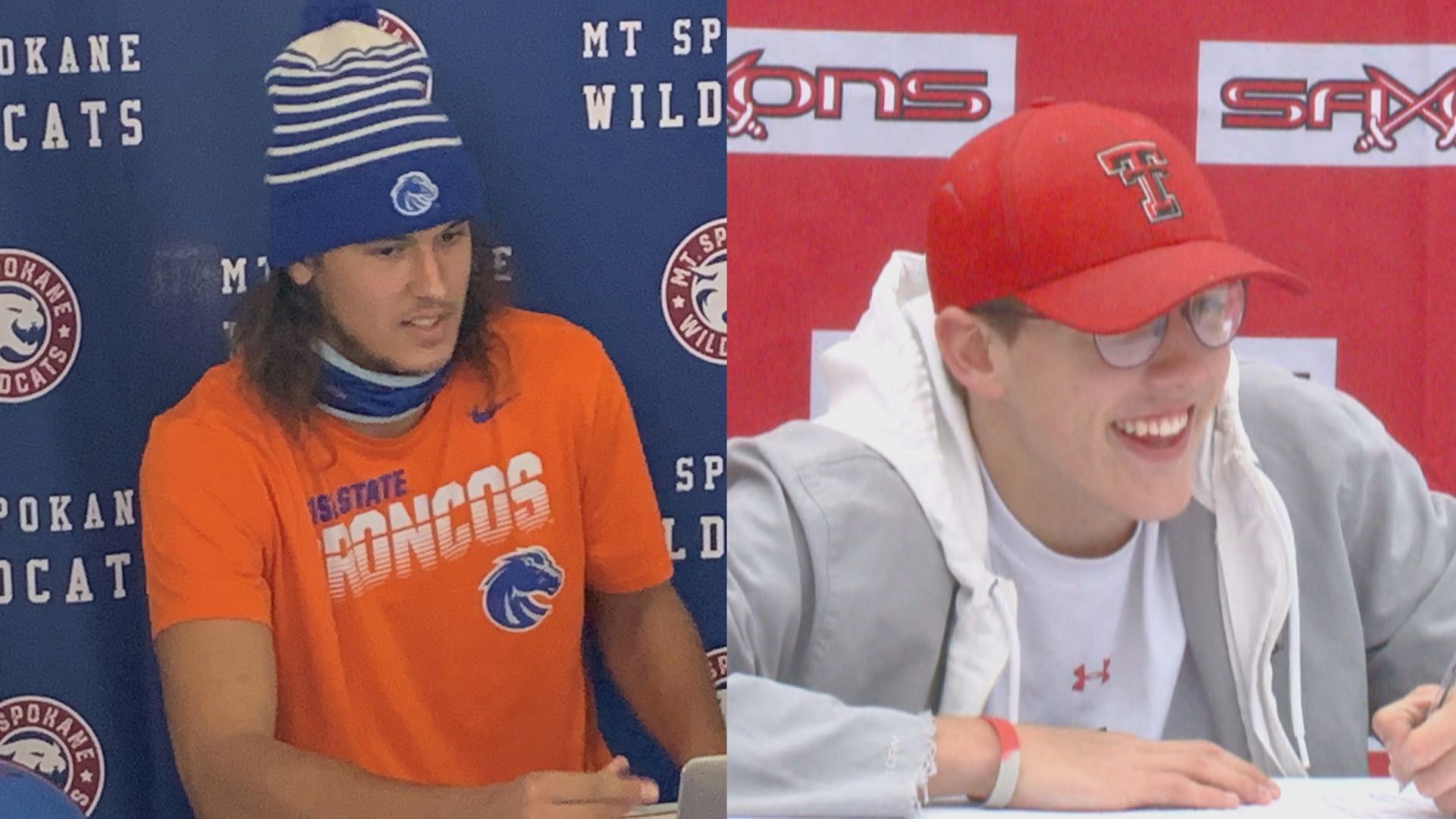 SPOKANE, Wash. — Two local athletes put pen to paper on Wednesday and now get to make their mark in the collegiate world.

Degenhart is the reigning 3A GSL Player of the Year, while Omlin won the state high jump title in 2019.

Before signing his NLI, @MSHS_CAT_SPORTS basketball star Tyson Degenhart got emotional thanking his grandpa, who passed away in 2016, for everything he meant to his journey. Tyson still has one more season with the Wildcats before he joins @BroncoSportsMBB. @tdeggie13 pic.twitter.com/ml7ARhHe7Z

"I am just hoping to prove that they shouldn't count me out. I'm going to be moving up, and I plan on competing at the highest level possible," said Omlin. "I just want to make a name for myself and show people some little kid from Washington can make it."