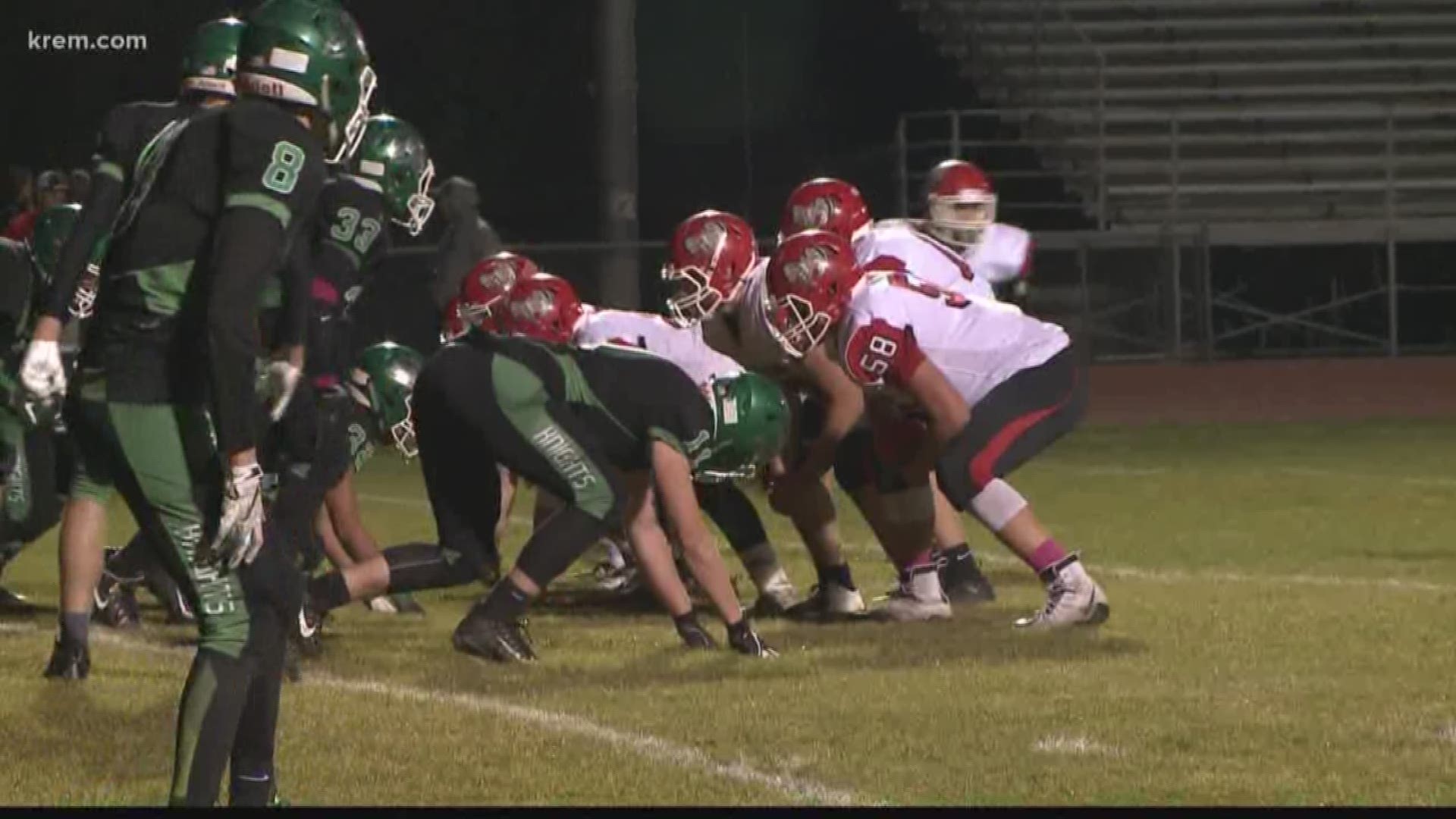 Coeur d'Alene 28, Post Falls 13: The Vikings grabbed their eighth consecutive win of the season and remained undefeated with a Inland Empire League win over the Trojans.

Gonzaga Prep 33, Ferris 28: Quarterback Halonen led the Bullpups on the ground with 32 carries for 226 yards and a pair of touchdowns, and Gonzaga Prep held off the Saxons for a Greater Spokane League win.

Central Valley 41, University 7: Zack Jongeward and Hunter Chodorowski combined for 25 carries for 252 yards and a touchdown apiece to lead the Bears to a victory over the Titans.

Shadle Park 42, Rogers 3: Quarterback Carson Doyle finished 18-of-27 pass attempts for 208 yards and two touchdowns, and the Highlanders toppled the Pirates in a GSL matchup.

West Valley 17, Cheney 14: Marshall Meleney finished with 13 carries and 105 yards for a pair of touchdowns to help the Eagles to a win over the Blackhawks in Cheney.

Clarkston 54, East Valley 14: Quarterback Kaeden Frazier completed 17 passes in 28 attempts for 257 yards, and Tru Allen followed with seven receptions for 118 yards and a pair of touchdowns as the Bantams routed the Knights.