"It's just the biggest thing that I feel like I could do in this town as a person, honestly," said senior Gerrit Cox. 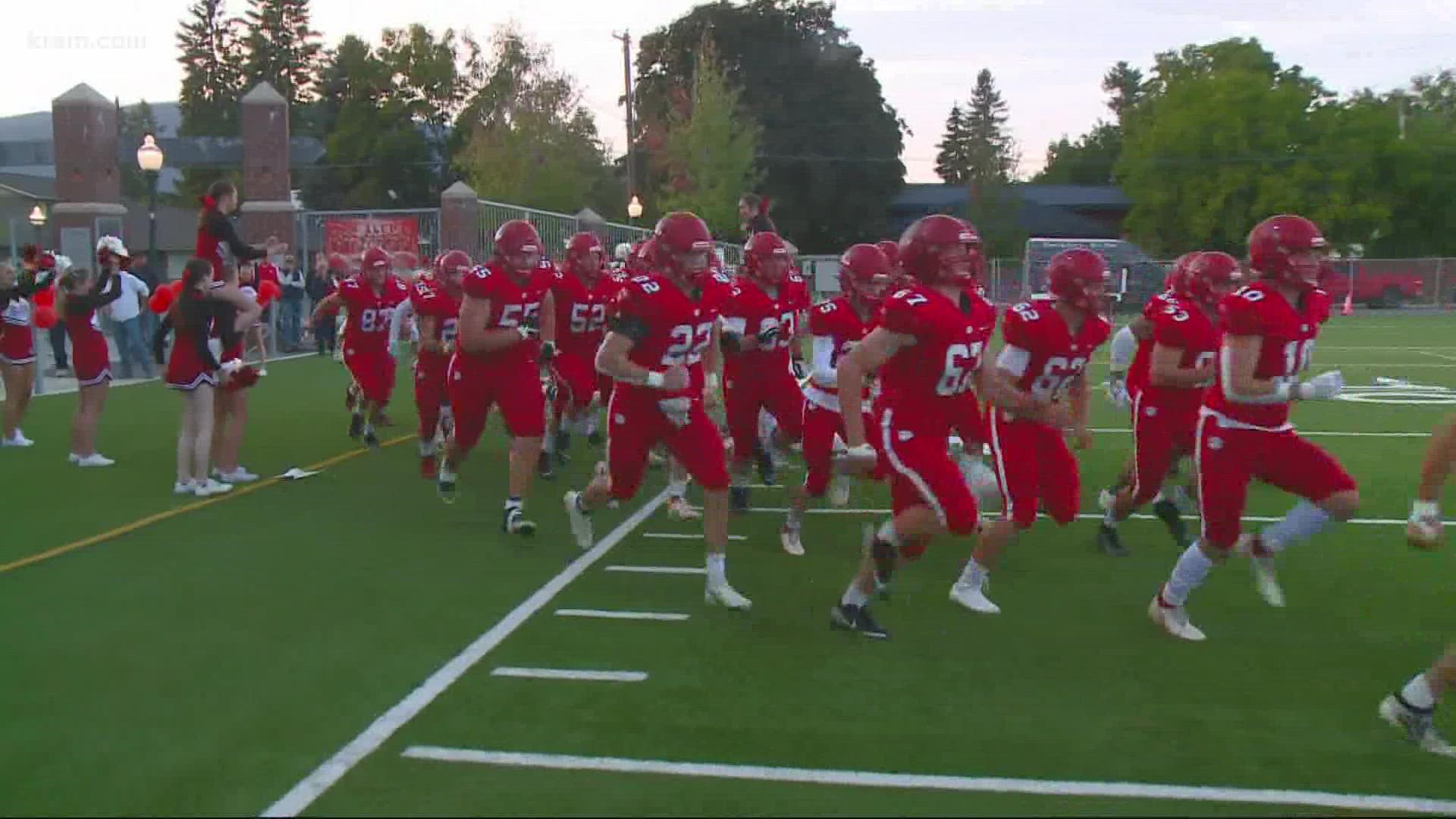 SANDPOINT, Idaho — "Every week goes by there's just less and less teams playing and to be one of the only teams in the state still playing this week... There's just something about it, something special," said Sandpoint head football coach Ryan Knowles.

Special indeed, for any school, but you could argue it means a little extra in a town with a population around 9,000.

"Everybody knows everybody, so, when you have a good game and you walk into a store and a couple people are like 'hey, great game you had. I'm excited to see you next week.' and it's just like, Man, we mean something to this town, you know," said junior Weston Benefield.

Sandpoint saw their Bulldogs get shutout by Skyline in the semifinals last season and like déjà vu Sandpoint will meet Skyline a year later. This time for all the marbles.

The Sandpoint Bulldogs are battling through the wind and rain tonight in preparation for their upcoming state championship game against Skyline. pic.twitter.com/UmZDsVsMff

"We left their stadium last year, you know, disappointed. Disappointed in what could have been," said Knowles. "We get a chance to prove that we thought we're the better team."

Sandpoint has won one championship in 102 seasons of football. That was in 1997. Just a year after coach Knowles finished playing for the bulldogs in '96.

Now, he has a chance at what he just missed.

"That was unfinished business in my terms," said Knowles. "I have a lot of emotion about it, but I'm not the one going on the field, the players are going to and they are writing their own stories now and I'm trying to get them to embrace the emotions of this process as well and leave it all out there on Friday night."

And the players have an opportunity to become hometown heroes.

"It's just the biggest thing that I feel like I could do in this town as a person, honestly," said senior Gerrit Cox. "Just knowing, growing up here, and knowing what football means to this town, bringing a state championship is the ultimate goal and to see how the town reacted after that semifinal game I can't imagine what it'll be like if we win. So, I'm excited."