"We actually didn’t know until the day of the memorial... I didn't even know if I was going to be able to stay standing up." 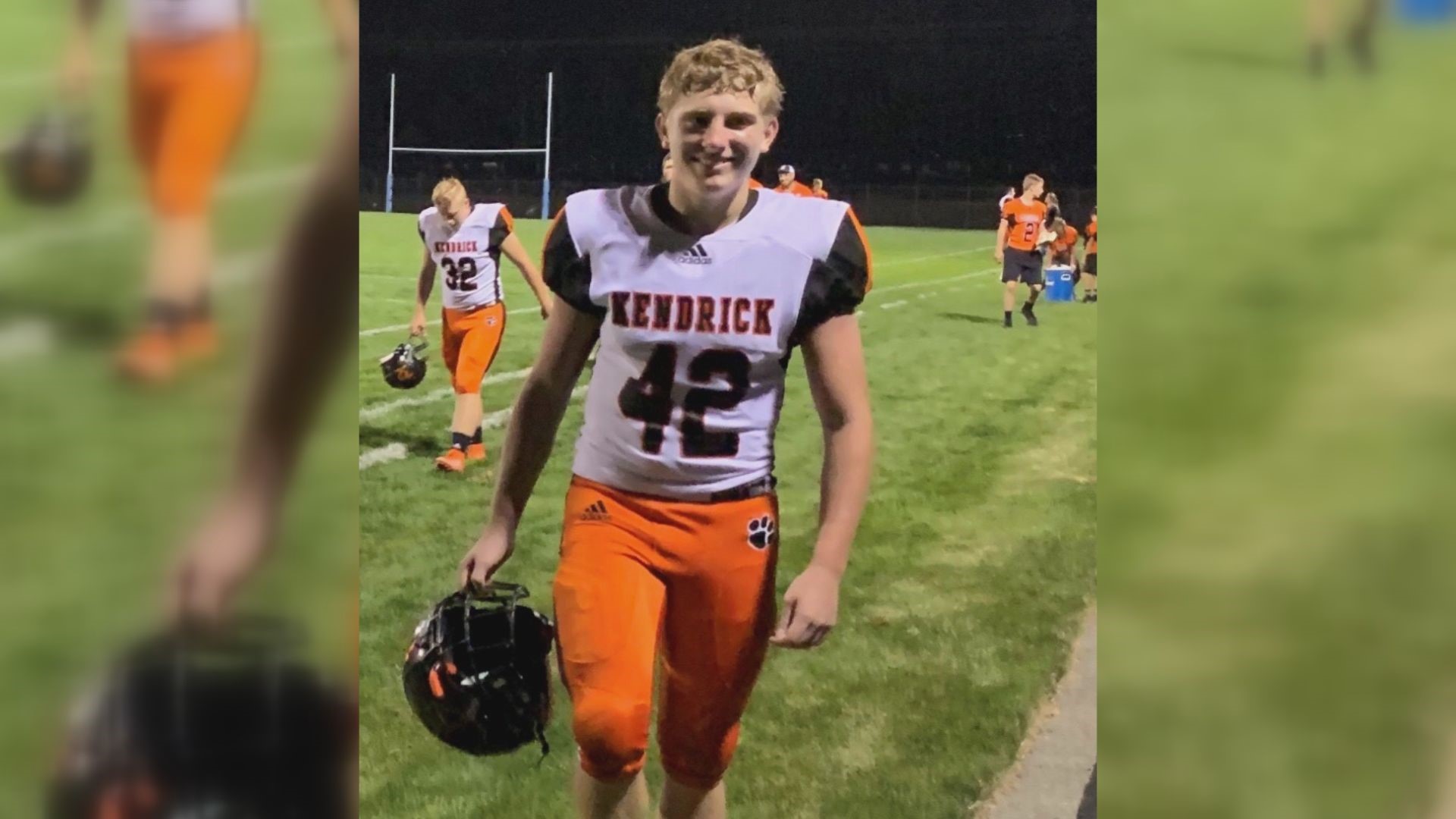 KENDRICK, Idaho — If you go to Kendrick on a Friday night, the number 42 seems to be everywhere.

“I feel his presence all the time, especially on the football field,” said Kolby Anderson's dad, Matt.

The one place you won't find the #42 though is on a jersey for the Tigers.

"I think they did it because he was such a good athlete and such a good student that they should honor him in a way that no one's probably done around here," said Kolby Anderson's brother, Keegan.

In fact, what Keegan is referring to has never been done in Kendrick High School history. The football program decided to retire Kolby’s number after a car accident that took the 16-year-old's life this summer.

"We actually didn’t know until the day of the memorial. I wouldn't have in a million years suspected that was even a possibility. When they brought his jersey in, I didn't even know if I was going to be able to stay standing up," said Matt.

The school thought into the future as well though.

They will un-retire the number for one player, and one player only, if he so chooses: Kolby’s brother, Keegan.

"To give him the opportunity if he wants it to wear that number, it's amazing. Where do you find that? This community," said Heather.

Kolby’s passing obviously has had a big effect on that community. That effect will now always be present with his number enshrined forever.

"I've often thought that this was to teach us a lesson," said Heather. "If we have to suffer so that other people know not to take things for granted then that was our role."

Kolby's favorite saying was take it to the next level. He started using it when he started playing sports in second grade, but the phrase became the motto for his life. It’s resulted in a flood of gratitude from the family in his death.

"That's written on Kolby’s urn, and I truly believe it," said Matt of the saying. "This is just another way that Colby was taking it to the next level."

"All these positive things that have come out of this, it’s like he took it to the next level, and he made us realize how much we appreciated him while he was on this earth," said Heather.