A couple of weeks ago, Mckenna scored two touchdowns against Central Valley and then scored three goals for the Spokane Braves in the same weekend. 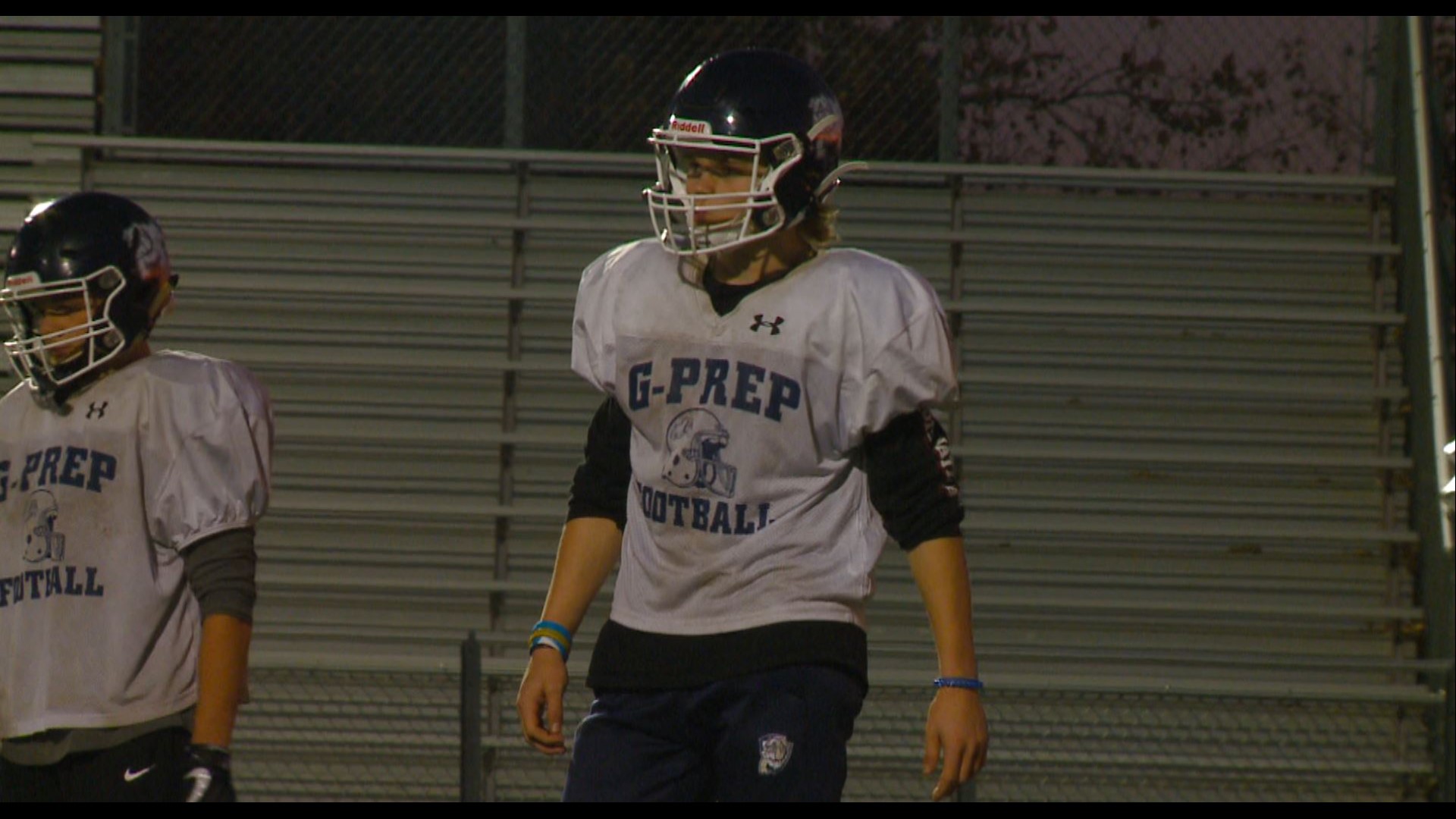 SPOKANE, Wash. — Ryan McKenna plays two different sports at the same time and he makes time for both.

He is Gonzaga Prep's quarterback and also the center for the Spokane Braves, a junior hockey league team in the KIJHL.

He wakes up at 5:15 in the morning for hockey training, then school, followed by football practice, eat, homework, hang out and then sleep by 11 p.m.

Sleep is not something he gets a lot of.

McKenna doesn't get to play in a lot of games for the Braves right now because of football season.

"It's just challenging because he wants to give 100 percent to both teams, but because of the way it is set up it's not available," Gonzaga Prep head coach and Ryan's dad Dave McKenna said.

That being said, there are weeks he plays football and hockey games in the same weekend. A couple of weeks ago, he did just that. He scored two touchdowns against Central Valley and then scored three goals for the Braves.

"It's a unique situation," Braves head coach Mike Bay said. "The thing is he is really good. So he's going to play and it's not like he's doing nothing. He's the starting quarterback of Gonzaga Prep."

McKenna is loving every minute of it.

The plan is to just keep doing what he's doing.

"I love to play both of them," McKenna said. "It's what I love to do and I'm going to keep doing them for as along as I can."