Rehkow is averaging 46.3 yards per punt on 15 punts this season and had a fake punt that resulted in a 49 yard run this weekend. It is BYU's longest run of the year. 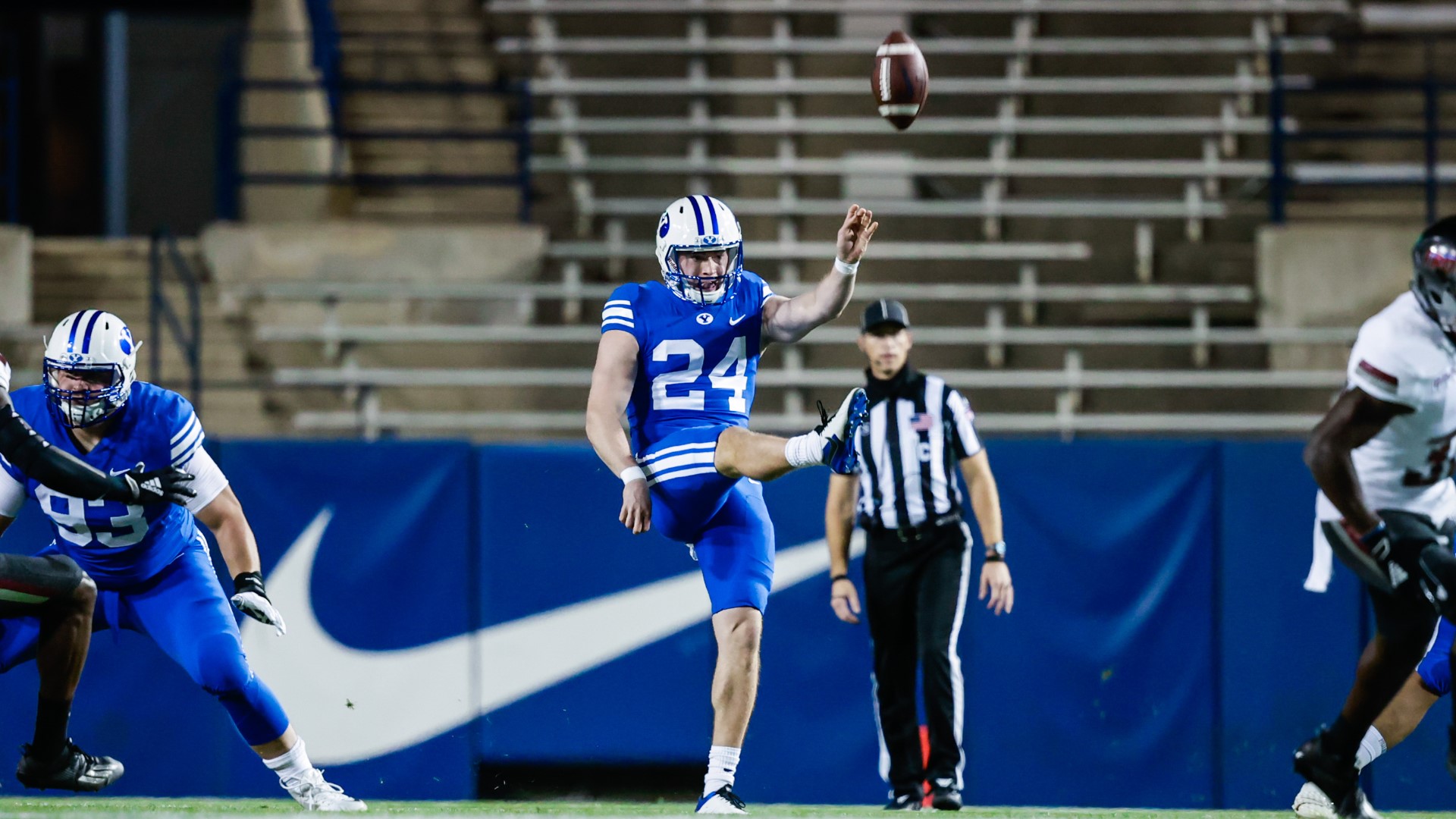 SPOKANE VALLEY, Wash. — There are only two college football teams in the country right now who are 6-0: Clemson and BYU.

Central Valley alum Ryan Rehkow plays a pivotal role for the Cougars as a freshman - that is, whenever he gets on the field.

"As a punter, it’s kind of an interesting spot. Nobody really wants to see you on the field unless it’s your brother or your family," said Rehkow. "For us, we always want the best for the team first, but when we do get to go in it’s kind of like, ‘Okay, make the most of it, help the team out, do what we can.’ As far as the team success though, that’s what comes first. Anything that we can do to contribute to that is always a plus."

"I almost have to root against them to watch him, but I want them to win. It’s such a tough middle ground," said Ryan's brother, Austin. "I’m sure he wishes he’d get a few more punts too, but he wouldn’t sacrifice the team’s success for anything."

BYU is one of the most successful teams in the country right now.

As you would imagine, Rehkow hasn’t heard his number called a lot over this season because the Cougars score so often, but when he has, he’s been a great weapon.

The freshman has punted 15 times over six games with an average of 46.3 yards per punt. He doesn’t have enough punts per game to qualify for the NCAA’s yards per punt statistic, but if he did, he would rank tenth in the country in that category.

"It’s a dream come true honestly. You grow up and you watch those teams and you’re like, ‘Wow, what would it be like to be a part of a program like that? Or a part of a season like that?’ There’s just, like, that atmosphere. Everyone’s excited. Everyone’s pushing to prepare for the next game and keep that going," said Ryan.

Rehkow also had a nice moment this past weekend when he ran a fake punt for 49 yards. It actually is BYU’s longest run of the season thus far.

BYU was up 49-14 in the 4th when they ran this fake punt 😳 pic.twitter.com/wXbX2TCpyu

At 6’5, 240 lbs, he’s not exactly your typical body type for a punter, which makes fakes like that even more possible. He also tends to fake out his classmates from time to time.

"You’ll meet someone new and they’ll be like, ‘Oh, you play for the football team? What position?’ And I’ll be like, ‘Just guess, just take a guess.’ It’s always tight end or linebacker or defensive end, and I’m just kind of laughing because that’s a boost of my confidence. Like, that feels great if I could fit in with those guys. So when I tell them punter they’re like, ‘Really?!’" said Ryan with a laugh.

Ryan is the second Rehkow to play DI football of his brothers, as eldest brother Austin played at Idaho. Younger brother Landon will also suit up for the Vandals once he completes his mission.

There’s definitely some sibling rivalry there, but at the end of the day there’s a lot more brotherly love.

"We’re very competitive. We love to joke around. Like, ‘Oh I did this,’ ‘You did that.' He’s putting together one heck of a campaign," said Austin. "It’s been so much fun, and it’s been so good to be able to watch him, especially with the whole pandemic going on. It’s just been nice to have someone to cheer for and to be able to see him be competitive and succeed."