Despite heavy snow, the majority of football games continued on in Idaho's last week of regular season football. 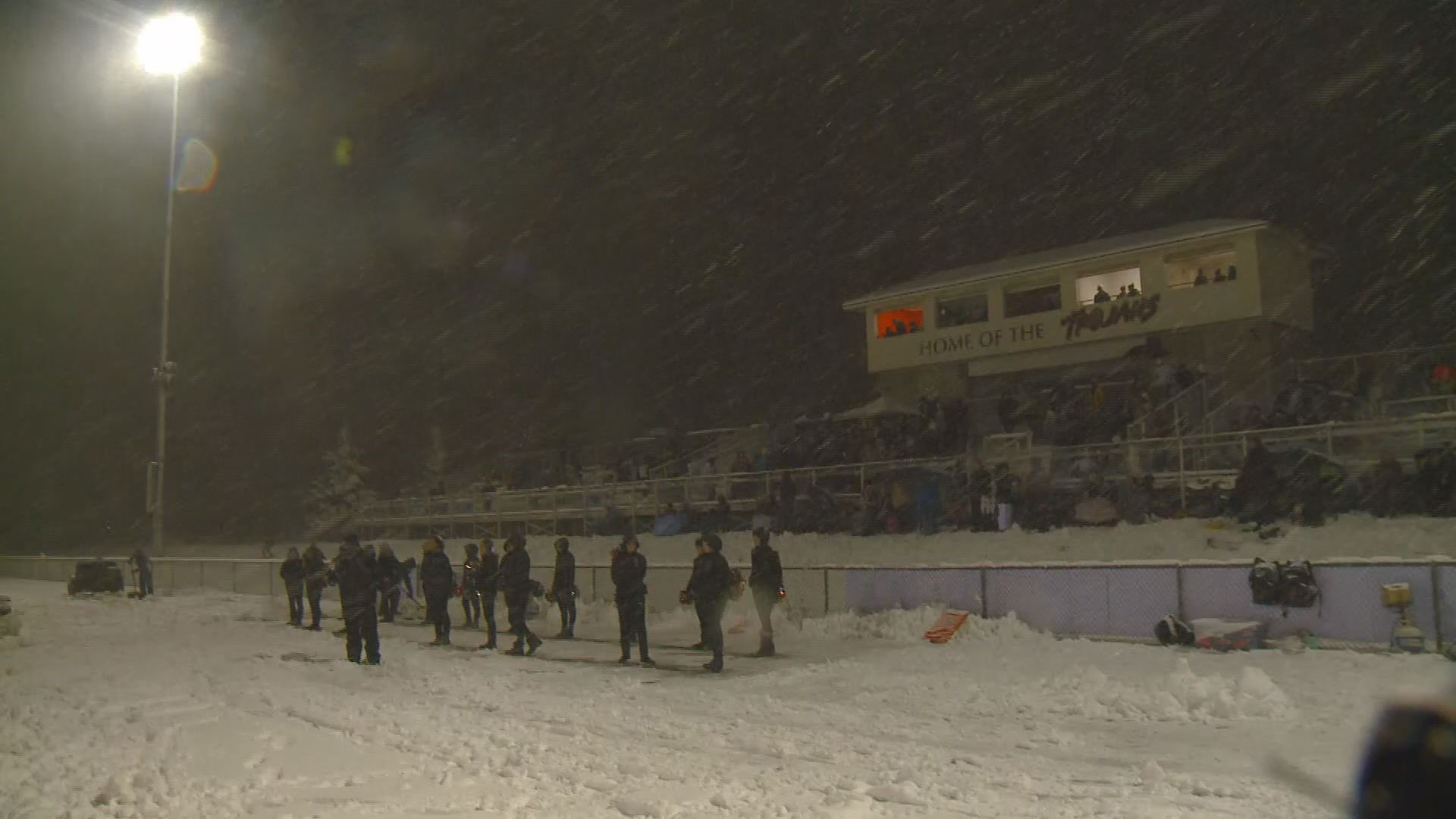 SPOKANE, Wash. — Coeur d'Alene 30, Post Falls 14 (highlights in video): The Vikings started off slow, but Jack Prka threw for three touchdowns in the second quarter to put the game out of reach. Post Falls scored their first touchdown of the game on a blocked punt. The Vikings earn the 5A championship with the win and get a bye next week in the state playoffs. Post Falls also advances to the playoffs and will play in the first round.

Sandpoint 6, Lakeland 0 (highlights in video): This game came down to the final play. Sandpoint's Cody Steiger deflected Lakeland's pass to the end zone from the four yard line as time expired. The lone score of the game came with six seconds in the first half as Sandpoint's Gerrit Cox ran a punt back for a 60 yard touchdown. With the win, Sandpoint wins the 4A IEL championship.

When you close out a 6-0 win in a snowstorm on the last play of the game, you play in the snow. It's what you do. Sandpoint holds off Lakeland's late drive to tie or win for the thrilling victory. pic.twitter.com/H0yPr9HecW