'I did it': Central Valley's Brandon Thomas returns to football field after leg amputation due to cancer

Brandon will play football this fall with a prosthetic leg and hopes to play it much longer than that. 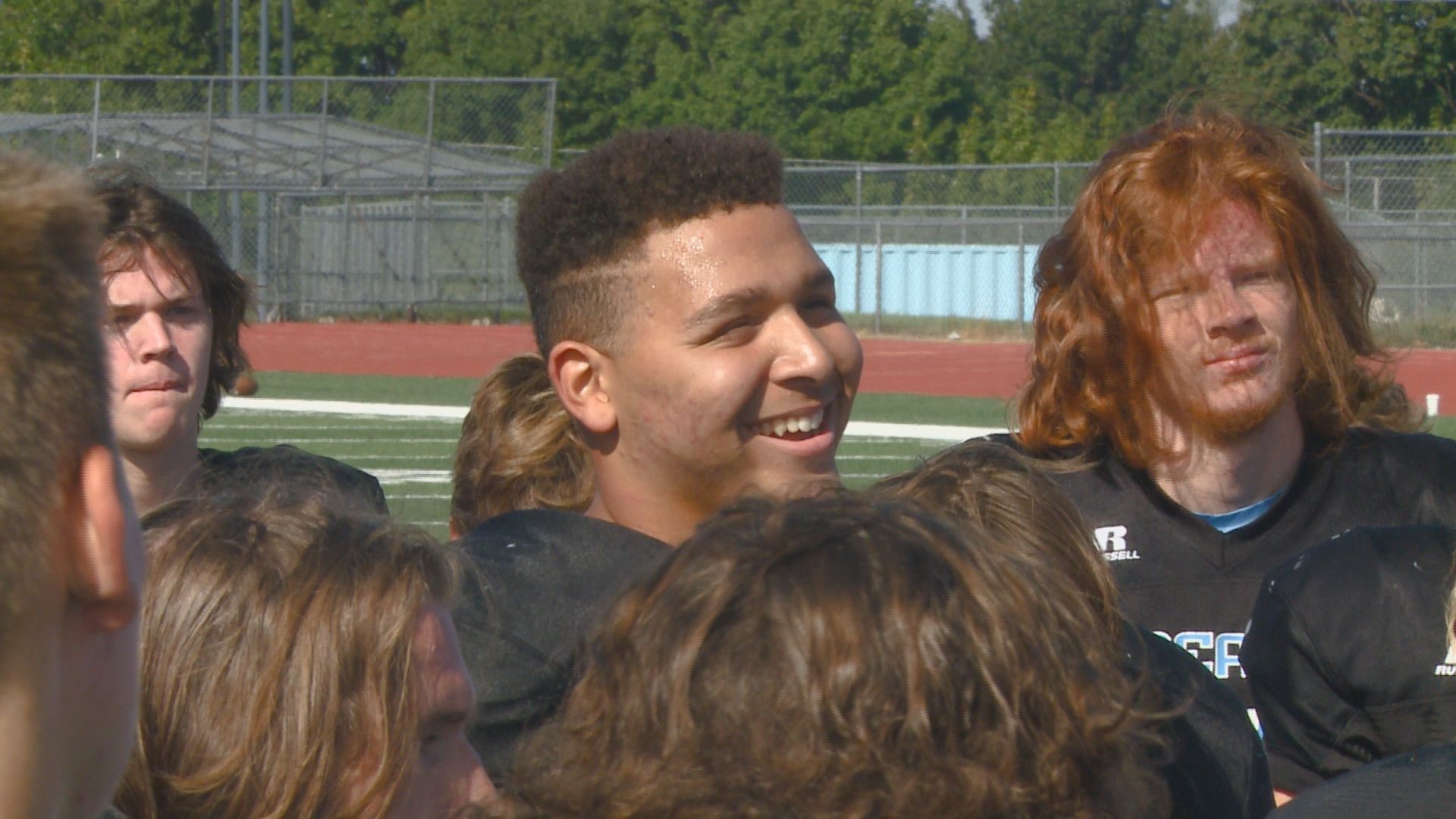 SPOKANE VALLEY, Wash. — It's been a long journey back to the football field for Central Valley's Brandon Thomas.

"I want to prove that this isn’t going to set me back," mused Thomas.

The first-team All-GSL linebacker lost his lower leg last year due to cancer.

Now he’s back practicing and ready to play when Central Valley opens their season in two weeks.

"Amazing, honestly," said Brandon of what it feels like to be back out on the turf. "It kind of feels like I accomplished everything. I did it, you know?"

According to his coaches, he and his new prosthetic also haven’t missed a step.

"When he started hitting people, and he laid a couple people out, it was like, ‘Holy cow," said Brandon's defensive coordinator, Travis Harmon. "It’s still Brandon. He’s 100%. There’s no doubt. Seeing him perform and perform at the high level that we’re used to him playing at, that’s been an inspiration."

It’s not just Brandon’s play that makes him special.

You’ll be hard pressed to find more than five minutes at practice where you won’t hear his voice leading the charge.

That voice has only gotten louder after his last year and half.

"Before it was like, ‘Oh, dang. I have so much time to be a leader. To be the biggest person in the group.’ But now it’s like, I know what I want, so I want to go get it," said Brandon.

He’s not only representing Central Valley while he’s going and getting it.

It’s extremely rare to see a football player playing with a prosthetic.

Brandon feels he is representing all amputees, and what they are capable of, when he is out on the field.

Somewhere starts in two weeks, where he could be starting against Eastmont in Wentachee.

"With what he’s doing and how he’s performing, I don’t think he’s going to allow anybody else to take his job," said Harmon.

And Brandon hopes somewhere takes him to his ultimate goal.

"Oh, I want a DI offer, absolutely," said Brandon, who would become the fifth player ever to play DI with a prosthetic leg. "That’s going to be my goal for this year, and I have a whole other year. I’m going to get a DI offer."

RELATED: Central Valley's Brandon Thomas overcomes cancer, amputation, now wants to get back on the field